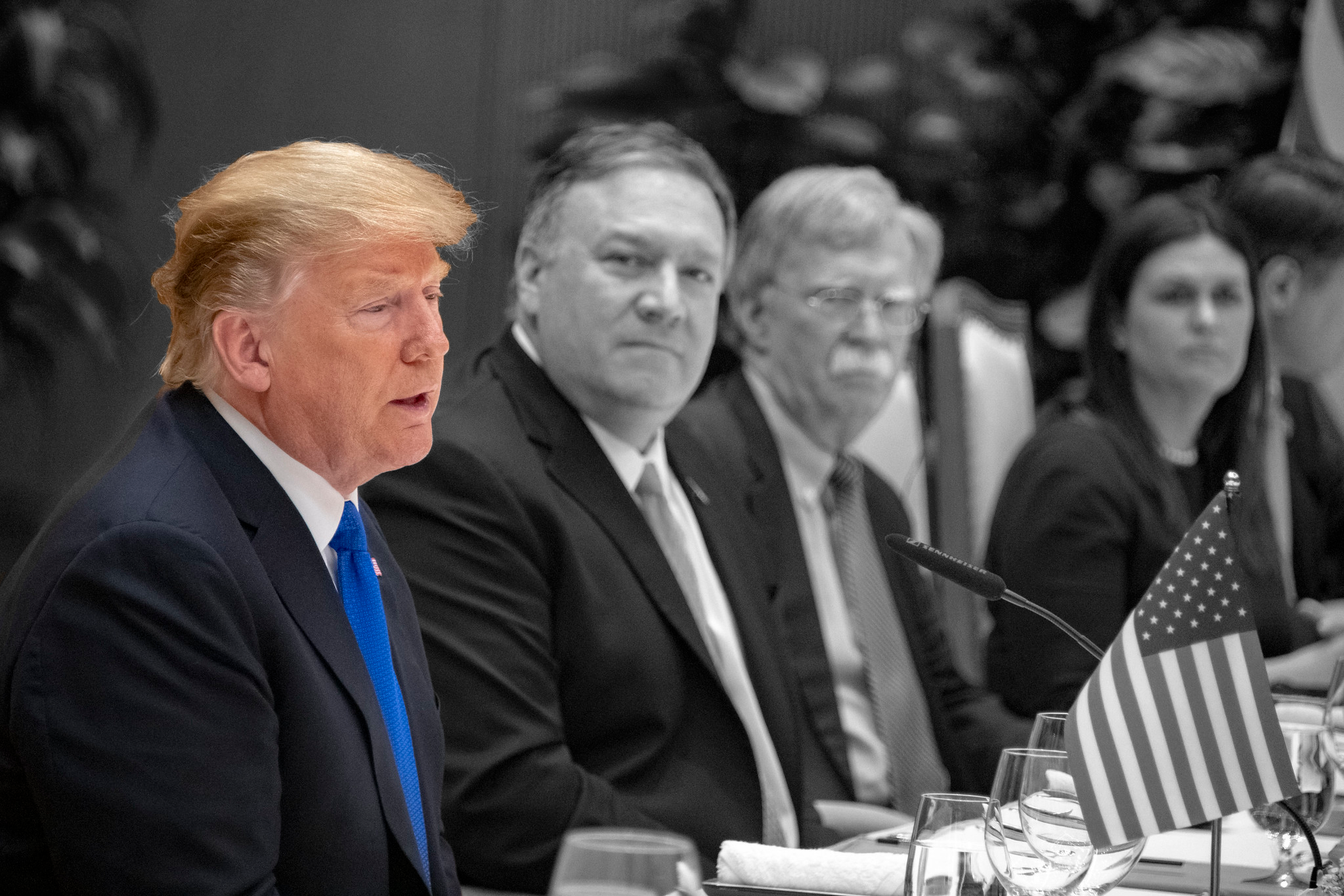 The bipartisan U.S. Senate Intelligence Committee released the fifth and final volume of its Russia investigation report Tuesday. As the Wall Street Journal reported, it concluded that “members of the 2016 Trump campaign represented a major counterintelligence risk to the U.S. due to their frequent contacts with individuals with close ties to the Russian government.”

While partisans on both sides will jump on this report, the underlying issues are both more serious than Trump loyalists may admit, and less ominous than rabid anti-Trumpers will claim. But it does highlight the bigger threat of foreign influence in the U.S. 2020 election that goes well beyond Russia.

At the center of this serious conclusion by the U.S. Senate are the connections of brief, onetime Trump 2016 campaign chairman Paul Manafort, with Konstantin Kilimnik, now officially described for the first time as a Russian intelligence officer. Manafort served as Trump’s campaign manager for six months.

According to the report, wrote the WSJ, Manafort’s high-level campaign access and willingness to share information with Kilimnik and others “represented a grave counterintelligence threat.”

I was always wary of Manafort’s connection to the Trump campaign – viewing his Russia and Ukraine links as compromising and a serious conflict of interest in managing a U.S. Presidential campaign. I was relieved when he was removed by Trump and replaced by Kellyanne Conway. In a way I was also surprised that more direct links between the Manafort team and Russia were not found by the Mueller investigation.

In this Senate report though, WSJ explains that the committee found that “Russia took advantage of Trump transition-team members’ inexperience in government and their opposition to Obama administration policies, as well as Mr. Trump’s desire to strengthen ties with Moscow, ‘to pursue unofficial channels through which Russia could conduct diplomacy.’”

“We found irrefutable evidence of Russian meddling,” said Republican Senator Marco Rubio, acting chairman of the Senate Intelligence Committee, as quoted by Roll Call. The committee, however, did not find any evidence of a coordinated scheme between the Trump campaign and Moscow, Rubio added.

While there may not have been any criminal collusion, the level of contacts between Manafort and these Russians is still highly worrisome. What real impact they had on the election are probably negligible, and nothing has been shown to prove otherwise. I don’t believe this new information discredits the Trump 2016 victory in any way.

It should, however, serve to highlight the real and serious threat of foreign intelligence and influence attempts in U.S. presidential campaigns, and elections. And this threat is not just limited to Russia.

The recent statement by the Director of National Intelligence (DNI) William Evanina notes that other major foreign actors, particularly China and Iran, are attempting to influence the 2020 election as well. While Russia may prefer a Biden defeat, the Chinese and Iranians are actively working for a Biden victory.

According to The Hill, Evanina said the U.S. intelligence community has found that China does not want Trump to win reelection because it views him as “unpredictable,” pointing to Trump’s strong statements and actions toward China’s repression of Hong Kong, video app TikTok, Huawei 5G cellular networks, and Trump’s strong push back against China in the South China Sea.

Evanina added that Iran is also “seeking to undermine Trump and U.S. institutions, all while seeking to divide the U.S. ahead of November,” reported The Hill. “Tehran’s motivation to conduct such activities is, in part, driven by a perception that President Trump’s reelection would result in a continuation of U.S. pressure on Iran in an effort to foment regime change.”

But all three – China, Russia, and Iran – says Evanina, are seeking to “sway voters’ preferences and perspectives,” sow discord and “undermine the American people’s confidence in our democratic process.”

That is the real lesson we should learn. And the threat we need to counter.

Now i just wonder if they found a Democrat did the same thing that the Trump Campaign did would this report be the same conclusion about he actions. Now no matter who would investigate the happening, Trump would say it is being done by the deep state who are against him.

There is no doubt dem leaders are deceitful treasonous liars proven by bo’s 8 years of treason and hilary’s created coup for 3 years after her 2016 loss !

When will Congress start looking into Biden’s connections with the Chinese government? Or the same connection it has had with the Clintons since the early 1990s?
Oh, that’s right! I nearly forgot about Demon-crats being exempt from the laws which apply to everyone else.

The 11+years support by dem leaders for bo & hilary treason is enough to declare war on the far left U.S.A.’s worst enemies ! At least indictments and prosecution to bo, hilary & all their deceitful cronies would be justice for treasonous acts of war !