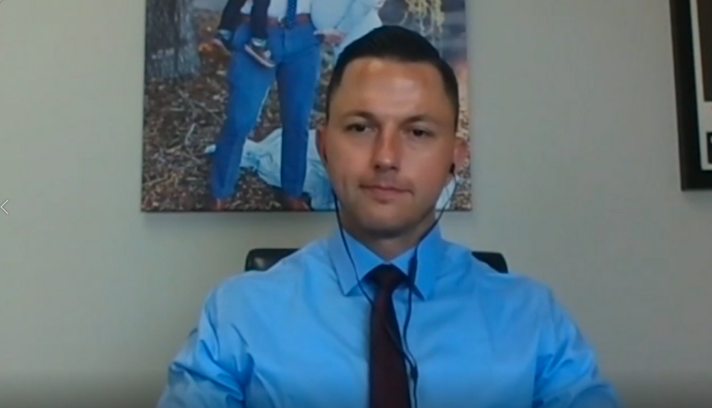 The state of California, under the order of California Governor Gavin Newsom, has been at the forefront of the movement among many blue state governors to impose draconian lockdown measures on their otherwise law-abiding citizens. Lockdowns that very well may be an infringement of the Constitutionally granted rights as American citizens. Rights that, according to America’s own founding documents, are granted not by the government but rather, as Thomas Jefferson famously noted, by “nature and nature’s God.”

Recently, however, as the lockdowns have dragged on and on, depriving millions of not only their natural rights but also, in many cases, their livelihoods as well, citizens have started to push back against the measures.

Citizens across California gathered in cities throughout the state on Friday to exercise their Constitutionally granted rights of speech and assembly in order to demand these measures finally end.

Yet in spite of the inherently legal and peaceful nature of the protest, the state responded with a massive show of force, with hundreds of baton waving police dressed in full riot gear ready to use force to disperse the protestors.

In spite of the authoritarian response, which was meant to intimidate protestors, a lone Marine took center stage to directly oppose the absurd order and fascist response by the police.

I’m confirming that I Grace karausky is a register voter in Began Country, NEW JERSEY…

We have a duty to do what is right. Not what we are told to do. What would our founders think of us today? I think they would be ashamed.

Protesting is given RIGHT – so the government bans protest that are against the government. The Congress votes for and approves it’s own pay raises and Rolls Royce benefit packages including the best health care plan in the world – ALL paid for by the taxpayers who are prevented from protesting. And the Democrats demand more government control over YOUR lives!! Wake Up!!

Protesting is a given RIGHT – so the government bans protest that are against the government. The Congress votes for and approves it’s own pay raises and Rolls Royce benefit packages including the best health care plan in the world – ALL paid for by the taxpayers who are prevented from protesting. And the Democrats demand more government control over YOUR lives!! Wake Up!!

Want to see who said that first? Look at James 4:17. If a man knows to do right and does not do it, IT IS SIN.

The answer is clear; don’t mess with a person who is a true patriot ( correct by the meaning of the Constitution ) and is a Jarhead. I’m 73 and was a Jarhead for four years ( Viet Vet ). The attitude never changes. Freedom and representative Democracy is our whole ‘being’ as to things of this earth. It will NOT change. And we DON’T quit.
Fight with decency and respect; make sure to be correct and never give up! EVER!

Griff Pritchard, Semper Fi. from a retired U. S. Army Vet and a father of three Marines, Grand father of two active Marines. Patriotism is in our blood. I commend you for your courage and attitude of tenacity. oooooorah!

Eloquently put Griff. These wanabe ***** have no clue about who or what they are dealing with in America. Too much blood of patriots shed for our freedom over the past 243 years. Semper Fi Brother. USMC ’60-’64.