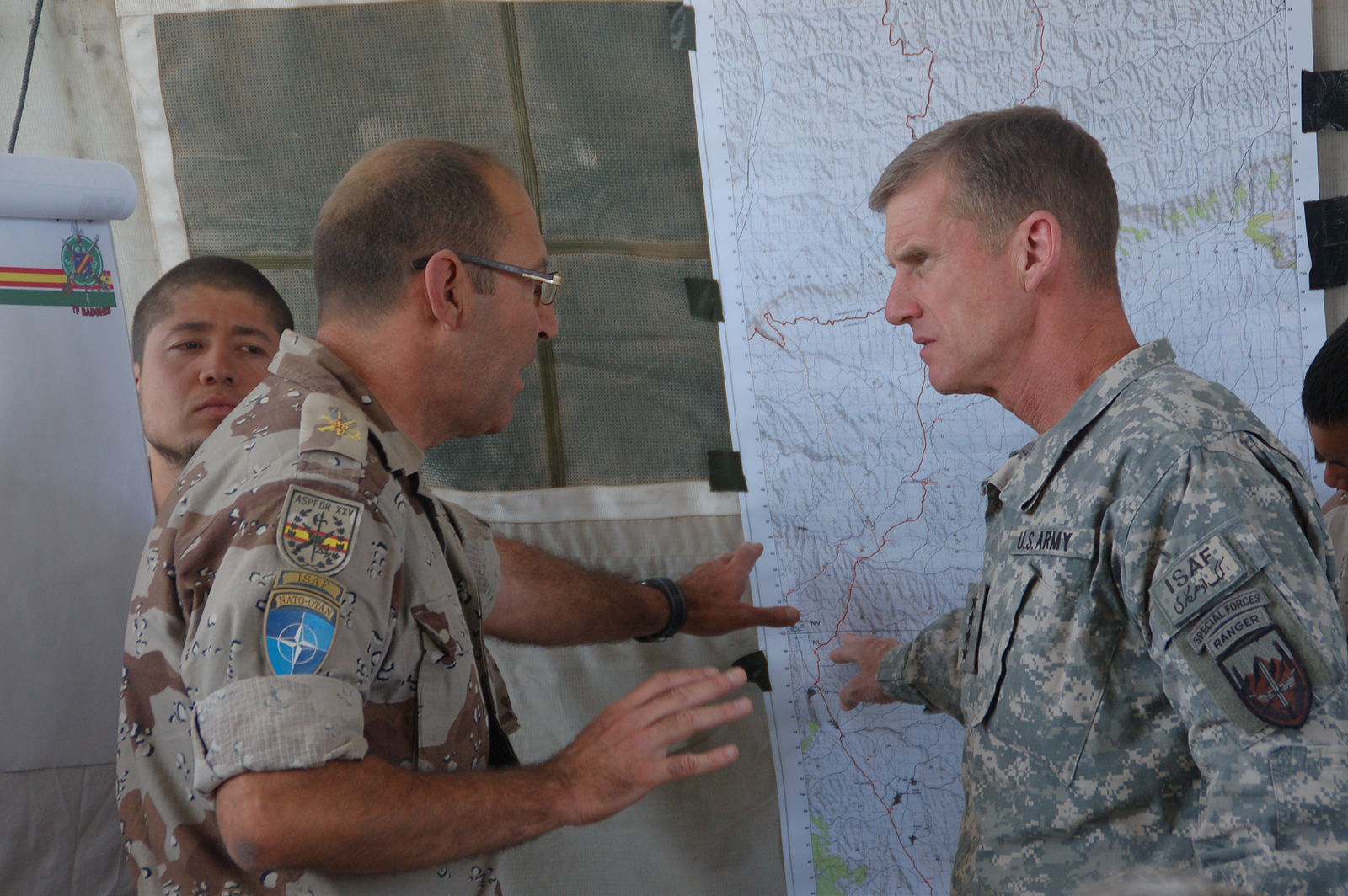 A political action committee aligned with the Democratic Party and headed by retired Army Gen. Stanley McChrystal is preparing to go on the offensive.

McChrystal is poised to launch an online campaign driven by AI technology to combat social media posts about President Trump in a way that benefits Joe Biden. DARPA, the Pentagon’s secretive research arm, initially invested in this technology as a means to fight ISIS propaganda on the web. (Fox News)

The Washington Post first reported that the initiative, called Defeat Disinfo, will utilize “artificial intelligence and network analysis to map discussion of the president’s claims on social media,” and then attempt to “intervene” by “identifying the most popular counter-narratives and boosting them through a network of more than 3.4 million influencers across the country — in some cases paying users with large followings to take sides against the president.”

Social media guru Curtis Hougland is heading up Defeat Disinfo, and he received the funding from DARPA when his program was “part of an effort to combat extremism overseas.” He explained in an interview with the Post that he was unhappy that top social media accounts often supported Trump, and had effectively defended the president in recent days from claims that he had suggested Americans inject themselves with disinfectant.

The effort raised the question of whether taxpayer funds were being repurposed for political means, and whether social media platforms have rules in place that could stymie Hougland’s efforts — if he plays along.

A spokesperson for Facebook told Fox News that “our policies require creators and publishers to tag business partners in their branded content posts when there’s an exchange of value between a creator or publisher and a business partner.”

Did Feds Commit a Felony in the Michael Flynn Case?
Secretary of Senate Has Inconvenient News for Biden

Guess this is the time that Trump’s ‘less than ten’ that surround him bring out the howitzers nonstop of the General’s life of sedition and acrimony and insurrection and treason.

I was reading up on him. I thought I remembered a sex scandal with a relationship with some woman. That is gone. Now all that is left is a reminder that this leftist general covered up the murder of Pat Tillman. That says a lot. NO MORALITY. NO ETHICS. And now he wants to start and head an attack against Trump who has been the best friend the military has ever had.
Remember. McChrystal WAS and IS a puppet for Obama. And yes, Obama should have taken responsibility for the torture of combatants. But Obama did not take responsibility for any of the thousands of evil and wrong things he did.
God will judge Obama since apparently Barr won’t bring charges.
And McChrystal will soon be an advisor for one of Soros or Steyer or Bloomberg’s companies. This is the way of corrupt people.

Terry
Reply to  A. D Roberts

kbhret
Reply to  A. D Roberts

Exactly!!
If only republicans had it in them to go on the offensive like demwits do.

Don’t forget DemNitwits not only own the major Information companies , Media, social Media but also every spot in Media is practically either served in Clinton/Obama administrations or have a spouse who did! It is a vicious decades established SMEAR MACHINE feasting on clueless who swallow anything they are fed ! I don’t think anyone who was running for office in 2016 would be able to withstand relentless 24/7 attacks , zillions lies created overnight and populated in the morning better than President Trump! And yes, Republicans try yo be civil knowing too well who they are sealing with-however I have to admit with Trump as a commander they had been to stick together better than EVER BEFORE!!!

DetroitDom
Reply to  A. D Roberts

He won’t be anything IF Barr gets his fat rear end in gear and starts indicting (RIGHTFULLY) all those deserved of a hanging at best and 30 years in GITMO at the very least.

CommonSense4America
Reply to  A. D Roberts

Are you sure you’re not thinking about General David Petraeus? He had a mistress.

A. D Roberts
Reply to  CommonSense4America

Maybe. But McChrystal has shown his character. He mean-mouthed Biden and Obama and got fired. Now I guess he is trying to get back in with the communists/Democrats by organizing against Trump. So what did Trump ever do to McChrystal?

When are we going to go after the traitors who will use any government money they can reach to take down America. I fear that the only thing that will stop them is revolution.

OH I REMEMBER THAT GUY——– HE WAS WITH BILL CLINTON IN THE WAR WITH COSOVO AND SLOVOCIA.

Clinton’s ILLEGAL war! He has been a radical Dem for years.

McChrystal should be arrested and executed immediately!

Right on, Monkey and not only him but a heckavalot more as well!