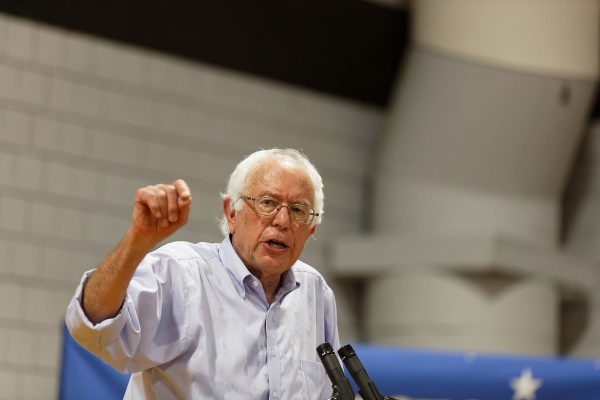 
The latest Michigan primary poll shows former Vice President Joe Biden with a 24-point lead over Democratic Socialist Bernie Sanders with less than a day until the polls open.

i’ve joined the campaign as a senior advisor; accepting the challenges & contradictions

to my friends & comrades: thank you for the love & accountability.

We will leave no one behind. That is our promise.@BernieSanders pic.twitter.com/QyyApLSPLN

Unfortunately, for Sanders, Agnew has a long history of spewing hateful, anti-American rhetoric on social media.

Bernie Sanders’ new Senior Advisor, Phillip Agnew, extends his vision of a savage America, somnolent about its brutal history, to Israel–a violent racist fraud “masquerading as a Jewish state”. What will be be advising @BernieSanders on? pic.twitter.com/PpNUAYGEbZ

Agnew’s caption: “What goes round comes round” pic.twitter.com/0mmO0JnJho

Armed US Drones in Shipping Containers to Counter China?
Protect Yourself From Coronavirus With These

Read B.S ( Bernie) is hiring more people who are anti American. With strong left leaning communists. Liberal socialist ideas & activities in the pasted & present.
Do not be fooled by him.
I feel sorry for those who think he is a democrat
Lets face it the whole democrat party has had nothing to offer the American citizens, But lies for decades while that fill their own bank account on the backs of the American citizens
Think about it when you vote. .
No one has returned their salaries to the American citizens since JFK till now with President Trump. Think about that long & hard when you vote
We are now still supporting 3 democrat Ex-Presidents & 1 Republican Not one of them have offered to return their salaries or pensions & perks to the American citizens. Two of that 4 should be in prison.
Remember that when you step into the polling booth

This clown even talks about his “comrades,” i.e. fellow travelers. He is a dangerous snake-in-the-grass. Bolshevik Bernie has completely taken off his mask.