Hey Bernie: See What Life was Really Like Under Castro 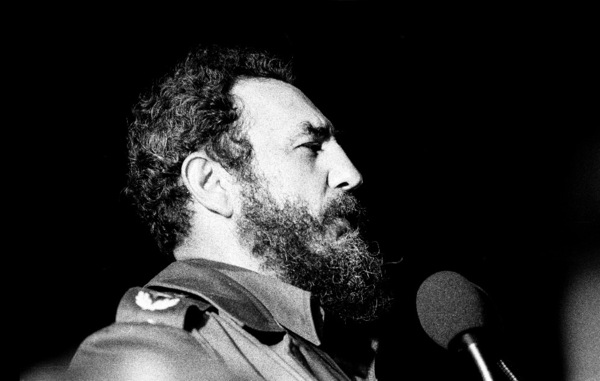 Hey Bernie: See What Life was Really Like Under Castro

Bernie Sanders has praised many communist dictators in the past, one very famous one is Fidel Castro. Anyone with any sense knows that Fidel Castro was a wicked person with a long list of atrocities tied to his name, Bernie Sanders seems to forget this. As a reminder to Bernie, here are some of the biggest atrocities that went on under Fidel Castro:

In the 70s a tour boat was seized by there young people attempting to leave Cuba, the Cuban government had no intention of letting them leave the island or anyone for that matter. The Cuban revolutionaries began to shoot at the boat as it attempted to leave, the boat sunk as a result. In total there were estimated to be 60 to 100 people on board the boat, only 10 people survived the massacre.

There are 95 cases where the Cuban Government killed minors by the order of Fidel Castro. 32 cases involved extrajudicial assassination and 22 cases involve death by firing squad. One of the most horrific incidents happened when the Cuban navy rammed a boat with 3 children on board. This boat was trying to flee the country and the Cuban government didn’t allow any of its citizens to leave.

In 1966, 166 Cuban’s were rounded up by the government and had their blood drained to the point where they would become paralyzed. Following this, they were then executed. The blood would be sold to the communists in Vietnam for $50 per pint. This was by far one of Castro’s worst offenses in terms of Human Rights.

Immediately after asserting power in the 60s Castro would go on to ban Christmas, shut down churches, and monitored all priests in the country. Prior to Castro’s takeover, Cuba was 90% Catholic and was considered to be one of the most Catholic countries on Earth.

Castro was not just a cold-blooded murder behind the scenes, Castro wanted his brutality to be known. Many of the killings Castro took part in were recorded and seen by the people of Cuba, videos of him killing children, women, and the innocent were widespread. For Castro, no means were too extreme for his end goals.

Anyone who was an enemy of the party, a homosexual, a Jehovah’s witness, or any other kind of dissenter in the country was sent to a camp that would be referred to as UMAPS. At these camps, they were split up and made to do hard labor as a way to increase the agricultural production of the country.

democrats hate the us. they want to destroy our way of life.they want to run your life and tell you what you can and can not do. they will take your money and starve you all so they can live like kings and you will be their peasant to rule rather you like it or not.you know they do not believe in god you can tell by the way they talk. they have satin ways.