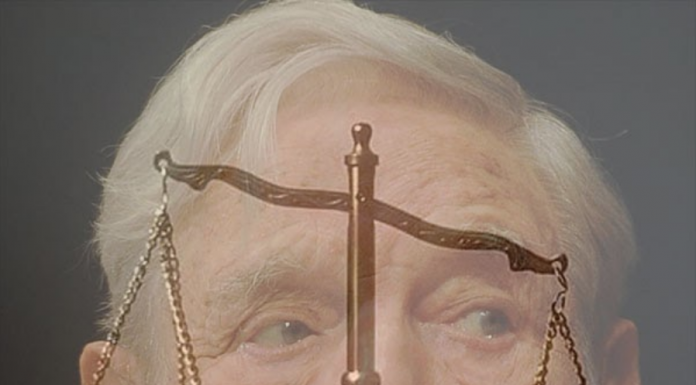 The recent indictment of Mark and Patricia McCloskey in St. Louis for appearing armed to protect their home and property from a potentially violent mob of protestors who had broken into the gated community in which they live and were on their property has put a spotlight on St. Louis prosecutor Kim Gardner and the leftist campaign to weaponize criminal law in support of their radical agenda.

Billionaire left-wing funder George Soros leads a group of like-minded “progressives” who have spent millions of dollars over the last few election cycles supporting left-wing candidates running for city and country prosecutorial positions that will allow them to use the law to advance their agenda while attacking their opponents in court.

St. Louis Circuit prosecutor Kim Gardner was elected with nearly $190,000 from a Soros funded Super PAC in 2018 and has raked in another $80,000 this year from Soros as she prepares to run for re-election. Gardner’s election quickly made her the poster child for the effort to use the criminal laws to go after Republican and conservative politicians.

Shortly after her election Gardner purged nearly forty percent of the career prosecutors in her office and indicted the State’s sitting Republican Governor, Eric Greitens relying on questionable evidence provided by a friend she hired as a special investigator who was subsequently himself indicted for evidence tampering and perjury as the case headed for trial. When the presiding judge ruled that Greiten’s lawyers could call Gardner herself to testify, she dropped the case against the Governor who had already resigned because of the controversy stirred up by the Gardner indictment, presumably to avoid risking perjury charges herself.

Since then she has carried on a war with St. Louis police, providing lists of officers she will not allow to testify in criminal cases and making it clear that private property and the rights of citizens must always take a back seat to the rights of “protestors,” a position on which she has “doubled down” on with the McCloskey indictment.

Missouri has, like many other states, enacted the “Castle Doctrine” which allows a homeowner to protect his or her home with deadly force if it is attacked and removes the duty “to retreat” rather than use force if that is possible. The McCloskey’s did not have to use force, but prosecutors claim a Missouri law against brandishing a working weapon negates the doctrine anyway. To make that charge stick, Gardner has resorted to the same trickery she employed against the former Governor. It turned out that Patricia McCloskey’s handgun was not a working weapon, but an inoperative gun used as an exhibit by her lawyer husband in a previous legal case.

That wasn’t a problem for Gardner who simply had her office order city technicians to repair the gun so she would have a working weapon as an exhibit should the case get to trial. That seems unlikely, however, as Missourians who don’t share the Gardner/Soros agenda are outraged by her conduct. The Governor has said that if the McCloskeys are tried and convicted, he would probably pardon them anyway and Missouri Senator Josh Hawley has called for a Congressional investigation into her actions.

Gardner says all her critics, from the Governor whose career she destroyed, to the McCloskeys, Senator Hawley and President Trump are involved in a racist conspiracy against her when in fact, she, George Soros and other radical left-wing billionaires are involved in a long-standing and very well-funded conspiracy to subvert the very justice system she swore to uphold when she took office.

The bottom line is that there are more Kim Gardners out there running for office this fall backed by George Soros and dedicated to destroying the traditional American legal system. They know they don’t have to convict those with whom they disagree, they can simply use the law to demonize and break them financially once they have the power of the prosecutor in their hands.

The next election will determine the direction of the United States Supreme Court and have a lot to say about its future. Given the...
Read more
Opinion

All of a sudden... Thousands of years after the founding of medicine, doctors in Australia have decided to rename parts of the human anatomy for...
Read more

Why is the ethic board for lawyers not investigating this criminal conduct, oh I forgot she is a democrat.

We may give up on God, but He never gives up on us. In Psalm 37:28, this is what the Word tells us: “For the Lord loves justice, and does not forsake His saints; they are preserved forever”.

God will take care of us, protect us, hold us in His arms, but He will never turn His back on us. We are the ones that decide whether we will serve Him or walk away from Him. Over the years, I have watched as men and women of God that I had respected have lost their way, turning to the world for their comfort and needs. Even sometimes shamefully denying Christ and accepting those things that they once believed to be a sin. God didn’t answer a prayer the way they thought He should so they turned their back on Him. Blaming God, because they didn’t get their way, yet through it all, He still loves them, trying to woo them back to the fold.

Whether they return, is their choice, but God will always love them…He gave His Blood for ALL on Calvary.

Repairing a nonworking gun before a trial to make it more scary is nothing less than EVIDENCE TAMPERING! THAT is against the law!! Will someone not reveal this to Gardner? That alone should end her career as DA. The same action has put multiple law officers in prison, but of course someone has to have the guts to
bring charges. I’m not real hopeful one will be found….

Subversion is NOT legal! Soros and his entire family should be arrested, tried and executed!

Soros should be kidnapped and hidden like six feet under. Maybe this will put a screeching halt to alot of this mobs violence.

Soros should have been deleted decades ago. Guess IT’s backing Dems with all IT’s got and they wouldn’t want to touch IT. GOD HELP US.

I see that this site has perfected its CENSORSHIP of comments posted by conservatives, gfy!

Soros is the God of Democrats. Each one would sell their children to kiss his feet.

This article is true. Prosecutors have great power, and that power can be used to totally destroy innocent people. Gen. Michael Flynn is an example. Democrats are becoming a criminal conspiracy to destroy the traditional rights and freedoms of Americans. A vote for a Democrat is a vote to destroy this country.

This country needs to get rid of soros and his monkeys!

The prosecutors sponsored by George Soros are canting the American justice system. But true-believer leftists are damaging it even more. How does an honest prosecutor get a conviction on a political crime when many citizens (leftist Democrats) would rather sanction crime than have an honest government.

AAN Staff - August 6, 2020 8
Project Veritas' James O'Keefe has never been convicted of a felony. He's never done anything that should impede his right to keep and bear...