With an unprecedented pandemic sweeping the country and millions of Americans now out of work, it didn’t take long for Democrats to begin looking for a way to exploit the crisis for their own political advantage.

After all, as former Obama advisor and veteran of Democrat Chicago machine politics Rahm Emmanuel famously said: “Never let a good crisis go to waste.” And the Democrats, now led by House Speaker Nancy Pelosi, are doing just that.

Their gambit this time?

Try and use the CARES bill designed to get badly needed relief to struggling Americans and small businesses during the coronavirus pandemic to push for one of the far-left’s favorite pet issues: mail-in voting.

To the uninitiated, this may seem innocent enough, after all, aren’t House Democrats merely attempting to make voting in November’s election safer for everyone involved by helping them avoid potential infection at the polls?

This may seem convincing at first until you realize that mail-in-voting historically has been one of the easiest ways for desperate and unscrupulous politicians and political parties to perform election fraud. And if you think this fact is lost on a seasoned political operator like Nancy Pelosi, you’re dead wrong.

Of course, in recent months, as Democrats have done everything in their power to smuggle their mail-in-voting scheme into coronavirus aid packages, they have been quick to play dumb on the issue and act shocked and outraged when Republicans have raised the concerns about potential fraud.

And let’s be clear here, the fraud isn’t merely “potential,” if mail-in-voting is allowed in November, it will assuredly happen. And, with hundreds of millions of Americans potentially voting by mail, the scale of the fraud may very well turn out to be the largest in modern American history.

How do we know this? Because even public figures and media outlets on the left have been reporting it for years. Even Jimmy Carter has stated as much, as he pointed out in a bipartisan 2005 report of the Commission on Federal Election Reform, he co-chaired with former Secretary of State James Baker III: “Absentee ballots remain the largest source of potential voter fraud.”

Still not convinced? National Public Radio (NPR), a news outlet not exactly known for its right-wing bias, concluded much the same in a 2018 article, which, ironically enough, was written to criticize President Trump’s concerns over in-person voting fraud.

As the article points out, in-person fraud is relatively rare. Or at least rarer than the voting fraud conducted by absentee ballots (voting by mail). The article quoted Charles Stewart, who studies election technology at MIT, who remarked that: “The consensus, among people who study fraud carefully, is that voting by mail is a much more fertile area for fraud than voting in person.”

While liberal outlets were happy to trumpet this fact in 2018, as at the time it seemed like a good way to criticize the president, you won’t hear the same from them today.

Still, if you’re, understandably, not convinced by the words of liberals, you can turn your eyes to an exhaustive report conducted by the Heritage Foundation which recorded over 1,000 proven instances of voter fraud. Many of which involved the fraudulent use of absentee ballots.

The advantage of using mail-in-ballots for fraud is obvious and simple: there is little to no oversight. No poll monitors, little to no ID verification, and absolutely nothing to prevent a nefarious political operator from collecting ballots and filling them out for their preferred candidate en masse in the place of actual voters.

As the previously cited sources have detailed, mail-in-votes were already a fraud problem on the local and state level, and if Nancy Pelosi gets her way, they will be an absolute nightmare in November.

With hundreds of millions of votes involved, there is simply no way to properly guard against voter fraud. Of course, this isn’t a problem for Democrats, who are desperate to try and win in November. And with Joe Biden, their presumptive nominee, already underperforming in the polls, it’s more than likely that they’re willing to use any means at their disposal to do it. 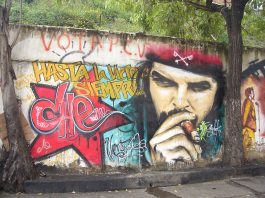 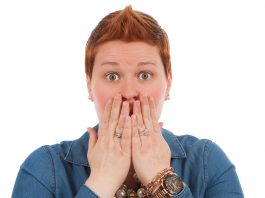 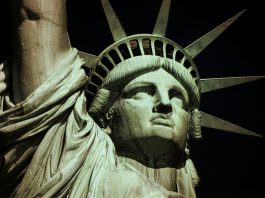