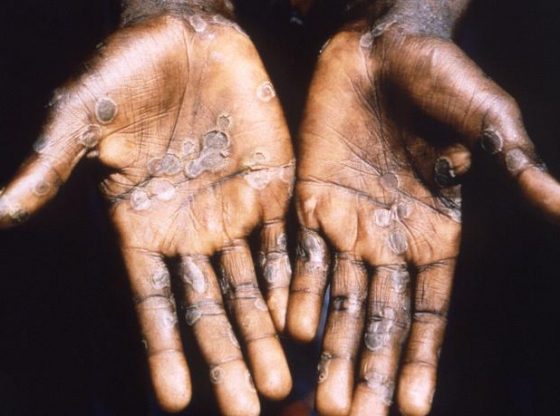 ANALYSIS – Just when you thought things couldn’t get worse or more perverse, a bizarre new disease usually found in Africa is now spreading across Europe, and even the U.S.  And the disease’s origins are even more bizarre.

Most are being linked to sexual transmission at gay fetish clubs or festivals in various European cities.


According to the Telegraph:

Enrique Ruiz Escudero, the region’s cabinet minister for health of the community, said on Friday that health officials had traced many of Spain’s 30 monkeypox cases to a single sauna [gay bathhouse] in the capital.

Britain’s monkeypox tally now stands at 20 after 11 fresh cases were announced on Friday, and contact tracing and quarantine of close contacts is under way.

A “notable proportion” of the UK and European cases are in gay and bisexual men, health officials have said.

Three cases in Belgium have also been linked to a large-scale fetish festival in Antwerp, according to organisers. The Darklands Festival[warning: link takes you to festival promotional video, which is NSFW] warned people who attended four days of parties, starting on May 5, that authorities had linked the event to the country’s three confirmed cases.

Darklands is a ticketed event that describes itself as a place where “various tribes in the gay fetish community (leather, rubber, army, skinhead, puppies…) come together to create a unique spectacle of fetish brotherhood”.

Sources have told The Telegraph that an internationally advertised gay party in Spain is also being investigated as the root cause of the global monkeypox cases.

CNBC reports that: “Monkeypox usually begins with symptoms similar to the flu including fever, headache, muscle aches, chills, exhaustion and swollen lymph nodes. It then progresses to body rashes on the face, hands, feet, eyes, mouth or genitals that turn into raised bumps which then become blisters.”

However, the rash has appeared first in some of the recently reported cases, according to Dr. Jennifer McQuiston, a CDC official.

The World Health Organization (WHO) has identified about 200 confirmed or suspected monkeypox cases across at least a dozen countries in Europe and North America in recent days.

According to Reuters, the disease which is endemic in parts of west and central Africa but rare elsewhere has mostly been reported in men who have sex with men, with the WHO targeting sexual transmission in particular.