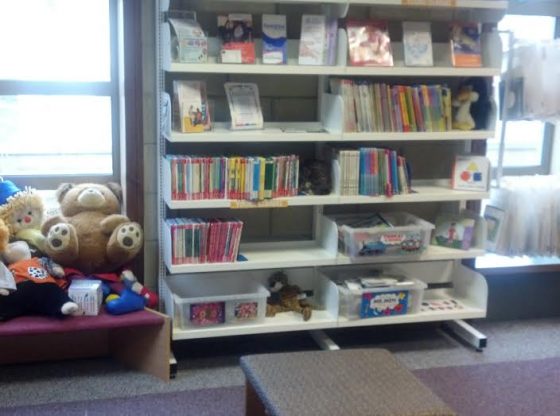 “Go into Barnes & Noble,” says Bethany Mandel in my new video, “and you will be met with a wall of biographies. Probably 27 different books about former Supreme Court justice Ruth Bader Ginsburg. Great. A ton about Kamala Harris. Great.”


But where are the biographies on conservatives? There weren’t any.

She found lots on people like Hillary Clinton, Alexandria Ocasio-Cortez, Elizabeth Warren and Rachel Carson, but not one on conservatives like Margaret Thatcher or Amy Coney Barrett.

“It’s time to bring those books to the market because Lord knows the publishing industry won’t,” says Mandel.

So, she created Heroes of Liberty, a company that will publish books on conservatives like Barrett, Ronald Reagan and Thomas Sowell.
“You’re indoctrinating kids just like the left does,” I tell her.

“That’s a very fair question,” she responds. “My answer is, read the books!”

Her top seller is her biography of Sowell, who overcame adversity to become a famous economist.

When Sowell’s family moved to New York, his new teachers put him in a lower grade because they assumed that he couldn’t compete. Sowell went to see the principal.

“He didn’t play the victim. He stood up for himself,” says Mandel. “He said, ‘I will prove to you that I’m capable of doing fourth grade math.'” The principal actually listened and gave him a test. When Sowell aced it, the principal told the teachers, “Take this young man to fourth grade, where he belongs!”

Sowell didn’t let racism or poverty stop him. He helped pay his family’s expenses by getting jobs, like delivering groceries.

By contrast, she says, books from today’s big publishing houses portray Black people as victims who advance only through protest. Ibram X. Kendi’s popular “Antiracist Baby” teaches kids to focus on color. “If you claim to be color-blind, you deny what’s right in front of you,” writes Kendi.

That’s “toxic,” says Mandel. “When you promote this hyperawareness of race, kids see their friend as Black, white or brown, instead of Lucy or Sally.”

Although conservatives make up about half the country, book publishers rarely try to appeal to them. “When they produce 27 books about Ruth Bader Ginsburg or ‘Antiracist Baby’ board books, those are bought in bulk by libraries,” says Mandel. Libraries buy many more books than moms and dads. “(So book publishers) have this incentive built in to churn out progressive ideological books.”

That surprised me. I thought of librarians as apolitical. But no, today they are part of the progressive mob. Ninety percent of librarians’ political donations go to Democrats.

Mandel is frustrated that “girls” children’s literature rarely focuses on motherhood. The books suggest, “You can be a NASA scientist, an entomologist, (but) girls are not taught that you can have all these career ambitions and also be a mother.” Barrett has seven kids. Mandel’s book says: “For Amy, being a mother is no less important than being a judge.”

Mandel’s books are mostly about conservatives. She recently released one about John Wayne.

I’m libertarian, not conservative, but I am still glad she’s producing alternatives to what today’s publishers pick.

Other authors are fighting back, too. The Tuttle Twins’ books feature libertarians like Frederic Bastiat. Julie Borowski’s books teach kids about the free market.

All had to self-publish because traditional publishers were hostile to people like them.

Even illustrators turned down Mandel’s books for fear of being “canceled.”

“We have a hard time (SET ITAL)paying(END ITAL) people many thousands of dollars to illustrate books! We’re never going to get a book printed about Amy Coney Barrett with a Scholastic (or) Penguin Random House!”

Fortunately, a free market can’t be held back forever.

John Stossel is creator of Stossel TV and author of “Give Me a Break: How I Exposed Hucksters, Cheats, and Scam Artists and Became the Scourge of the Liberal Media.” For other Creators Syndicate writers and cartoonists, visit www.creators.com.

Message From Ukraine — Nukes Do Deter
The Greatest Event in History

very typical of the left- don’t celebrate the bright, conservative best people in our country.
Disgusting.

The thing is that even if you remove questionable information from schools and the library, everything is still out there on the Internet. So, in the end, the parent is left with the role of steering kids one direction or another.