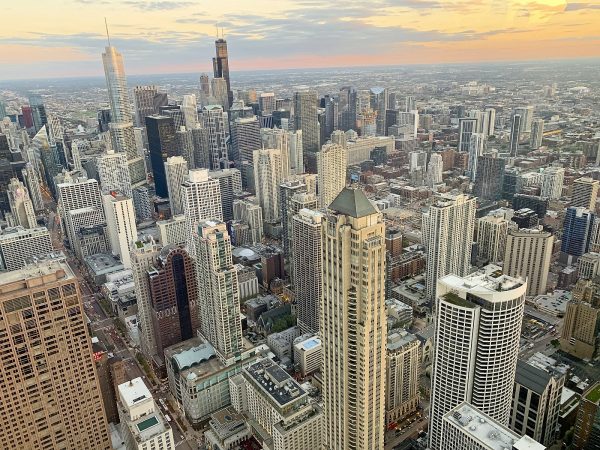 Democratic cities Boston and Chicago announced they would be requiring individuals to show proof of vaccination to enter indoor facilities a day apart this week.


“There is nothing more American than coming together to ensure that we’re taking care of each other,” she said at a press conference as protesters shouted and sang “The Star-Spangled Banner.”

She explained that most of the virus-related hospitalizations were of unvaccinated people, who make up nearly a third of  Boston’s population. The mandate will also require all of the city’s employees to get vaccinated.

“Today’s steps to protect community members in certain indoor establishments and throughout our city workforce will help ensure that everyone in Boston will be safe,” Wu said.

The next day, Lori Lightfoot, Chicago’s democratic mayor, announced similar restrictions that she said were “inconvenient by design” for the unvaccinated.

“We didn’t want to get to this point, but given the situation we find ourselves in, we simply have no choice,” Lightfoot remarked on Tuesday, noting that the city has been averaging 1700 new cases daily.

“The unvaccinated are affecting the health, well-being and livelihoods of all the rest of us, so to control the spread, we have to limit the risk, and a significant risk in our city remains the unvaccinated.”

Residential and office buildings, schools, grocery stores, and churches are exempt from the order. It does not apply to people entering eateries for less than ten minutes that order food to-go.

“If you wish to live life as normally as possible, with the ease to do the things that you love, you must be vaccinated in the city of Chicago starting Jan. 3,” Lightfoot said. “This health order might pose an inconvenience to the unvaccinated, and the fact is, it’s inconvenient by design.”

CITIZENS OF BOSTON AND CHICAGO————-WELCOME TO THE NEW COMMUNIST UNITED STATES OF AMERIKA. IT ISN’T GOING TO GET ANY BETTER FOR ANY OF YOU UNTIL YOU GET RID OF THESE COMMUNIST MAYORS. START A RECALL MOVEMENT, VOTE THEM OUT OF OFFICE AND INTO JAIL FOR THEIR TREASONOUS ACTIONS. IT WOULD BE WISE IF YOU BEGIN THOSE ACTIONS NOW. GOOD LUCK AND GOD BLESS YOU AND YOUR EFFORTS TO BE FREE AMERICANS AGAIN.

Revelation 13:16-17 16. And he causes all, the small and the great, and the rich and the poor, and the free men and the slaves, to be given a mark on their right hand or on their forehead, 17. and he provides that no one will be able to buy or to sell, except the one who has the mark, either the name of the beast or the number of his name. What we are seeing today is only a trial run of the real thing.

Time to vote these Socialist Nazis out!
Please don’t escape to Florida to escape the tyranny that you helped create, only to bring your crappy liberal agenda along with you!
Fix your own sh*# hole cities and states!!

If government is looking for a fight, they will soon succeed.

This COVID is changing the rules of being free. This only the start more is to come. It comes in the name of saving American. Many people will follow it to a tee and us who don’t follow will be the criminals of society.