BARR: Balance Between Law Enforcement and Lawful Gun Ownership Must be Restored 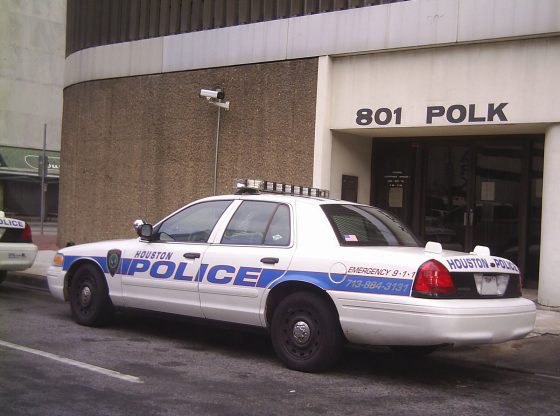 In the United States, where the Constitution is — or is supposed to be — the supreme law of the land, two things are true. Police, tasked with upholding the law, have the right to do what is necessary to secure control of a situation in order to protect themselves and others. Equally important, however, is that police officers afford due recognition of and respect for the fundamental, natural right of the citizenry to keep and bear arms at home and outside the home.

Balancing these rights and responsibilities is not always easy, especially in times of unrest and, as now, when increasing gun control is placing additional obstacles in the way.


Ideally, when these two truths come to a head, the situation is resolved peaceably and without altercation, which is how the vast majority of cases are resolved. Unfortunately, when the situation falls short of this ideal, the result can be injury or death to citizens and at times to police officers themselves. Worse still, such tragic outcomes are increasingly common as gun rights in America are put to the test like never before. For the sake of the nation, the lives of our brave men and women in blue, and the future of gun rights in America, it is imperative that the police and Second Amendment citizens must work together to reverse this unsettling trend.

Although Second Amendment conservatives and racial justice activists rarely see eye-to-eye, not least of all because of the outright anti-police rhetoric of Black Lives Matter, recent incidents that have stoked the anger of these groups should also cause conservatives generally to pause and pay attention to what is going on.

Behind the click-bait headlines and incessant anti-gun progressive propaganda, the deaths of black citizens like Breonna Taylor, Corey Jones, and Philando Castile highlight the tragic consequences when the give-and-take of Second Amendment rights versus the duties of police becomes unbalanced.

Taylor died last March during a botched police raid that unfolded under questionable circumstances as police returned fire to a single shot fired by Taylor’s boyfriend from inside the apartment, who thought their apartment was being broken into and robbed.

Jones was a concealed weapons permit holder shot by a plainclothes police officer who approached him from an unmarked vehicle while Jones waited on the side of the road for a tow truck late at night. Castile happened to be driving a vehicle stopped by police and was inexplicably shot by officers after calmly notifying them that he was lawfully carrying a firearm.

While these are extreme examples, and all involved questionable police officer conduct that fell short of the overall high standards demanded of law enforcement, they demonstrate what can happen in the absence of sound training and proper respect for citizens’ rights to keep and bear arms.

To be sure, police officers in general still reflect robust respect for the Second Amendment. However, particularly in more urban areas where far-Left activists have either been elected sheriff or have risen to leadership posts in police departments, results can be very different. This makes sound police training for encounters with armed citizens even more critical; importantly, this training should include focusing on plainly and unambiguously directing citizens how to safely secure their firearms during an encounter.

Also, however, citizens must be respectful of, and toward police officers. To this end, there must be immediate and absolute compliance in following their precise instructions. Even if a citizen believes he or she is in the right, the time for protest comes after the situation is de-escalated, not during.

When police and citizens treat each other with respect and understanding, there is no reason for violent escalation. However, if ambiguity, disrespect, mistake, or criminal action – by either side – disturbs the critical balance, the outcome can be, as we have recently seen, tragic. Although the radical gun control proposed by Democrats have placed a strain on this relationship, police and Second Amendment citizens need never forget they are natural allies in the fight for public safety and for Second Amendment rights.

The opinions expressed by columnists are their own and do not necessarily represent the views of  AmericanActionNews.com

Sarah Palin Makes Shocking Statement on Masks After Contracting Covid
A View from Guatemala: Enforce Immigration Laws While Showing Love to Our Neighbors

To reverse the trend, I think the democrats must go. To Hell, if God thinks so!

Anyone who endorses gun control and confiscation must first be prohibited from having personal armed security at their disposal! Sauce for the goose and all that!!

The Bill of Rights enumerates the Right To Keep and Bear Arms, and that the Government at every level cannot deny or infringe upon that Right. There’s No Compromise on this issue. No balancing of Police concerns as there’s no right for the police in the Constitution that superceded the Right of the People. No Knock Warrants need to go. Middle of the night warrant serving needs to go. Trigger Happy Cops need to go.

I had 8 cops at my door yesterday because the crisis line VA lady called me and asked me if I was considering suicide and I told her I consider it every day I just done act on it. I have since blocked her number on my phone so I dont have to hear from them any more.

That is when the cops take on 150,000,000 legal, law abiding gun owners ! The most gunho cop in the world ain’t that damn stupid