Five Powerful Speeches From the ‘Stop the Steal’ Rally 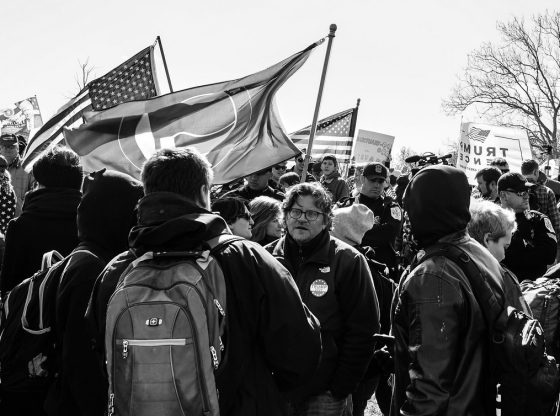 Brandon Straka’s speech about election integrity elicited a strong reaction from the crowd, as we’re sure it will with patriots nationwide.

Start With the ARTICLES OF IMPEACHMENT!
NOW!

As soon as Biden is sworn in Kamala and Barack may force him to resign.

This has been the plan all along. Never did they intend for Biden to be President, he just made the choice of Kamala and then could not go back. I give him three months, maybe four. He already stated that if he and Kamala disagreed on any issues — he would simple claim to be sick and leave office. See, it’s all planned.

Get your Liberal Commie friends to start.

Hell YES! Start the impeachment proceedings against Biden NOW! Let’s put them thru the hell that they put us thru. Let’s make this next four years nothing but HELL for the Democrats. Let’s find all the skeletons in THEIR closets. It is time for us to resist, desist; and as Maxine Watters proclaimed: Tell them they are not wanted when you see them at a store, at the supermarket; anywhere they will show their face in public amongst their constituents. In fact, disrupt their dinners at a restaurant. Tell them they are slime.

Yes we must impeach Biden NOW!!!! The traitor who sold out the USA to China!

Impeach biden and harris for Crimes against the American People the China connection is the reason.

All five of these speeches were very emotional, heart felt and strong. The one from our President, was just an excerpt from his speech on this last Wednesday, which l had the opportunity to watch in it’s entirety. The numbers he presented about this last scam of an election are staggering! There should be no doubt what so ever in anyone’s mind that both the Nov. 3rd and the Georgia runoff’s, were co-ordenated, corruption! If what has happened to this country at the hands of the socialist/communist, formerly democrat party and their RINO counterparts , dosen’t open your eyes as to how absolutely corrupt the slime that inhabits Washington D.C., then nothing will. There is only one democrat that l can think of who appears to be sincere, and that is Senator Joe Manchin, all the rest are nothing more then conniving self serving crooks looking only to stuffing their pockets with bribed money, while lying to the American people and ignoring the constituents they supposedly represent in their respective districts and states! There are however some outstanding Republican Senators and Representatives in the House, that we need to support, as these brave men and women actually do have America and it’s citizenry’s best interest’s in their agendas, based on our Declaration of Independence, Constitution and Bill of Rights. I’ve become rather pessimistic about what has been happening in regards to how these rigged elections will affect our once great country. We WERE on the path to Making America Great Again, thanks to President Donald J Trump, and within the next four years he most definitely would have achieved that goal. Why was it so important to the democrat slime covered scumbags, to want to put an end to that incredibly outstanding goal? May God Bless America’s AMERICANS! I don’t give a damn about the rest!