We Need a 9/11-Like Coronavirus Commission – Appointed By Trump 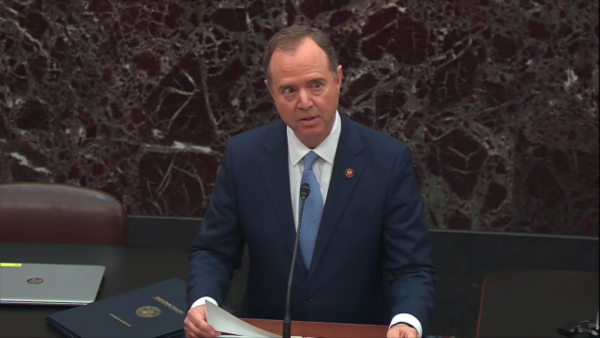 The 9/11 Commission provided both lawmakers and the national security apparatus with clear guidelines and recommendations to minimize the likelihood of future catastrophic attacks against the United States.

Although the novel coronavirus (COVID-19) represents a different kind of threat and is not yet resolved, lessons can be extracted so that the impact of future pandemics is lessened.


A commission based on interviews, testimony, and objective truths would be helpful. But one that’s appointed by President Trump – which sounds very different than what congressional Democrats like California Rep. Adam Schiff have in mind.

Well, Schiff’s back—and with a vengeance. In the middle of the effort to combat the most serious crisis facing the United States since the near-collapse of the financial sector at the end of the George W. Bush administration, he is pushing to establish a coronavirus commission modeled on what followed the 9/11 attacks to study how the country got where it is now.

Usually, one waits until a conflict is resolved before engaging in an in-depth examination of its cause. What Schiff wants is another opportunity to stick it to Trump, plain and simple. In his mind, he’s the avenger, looking out for the interests of the common man against a potentate laying waste to this great country.

He is right on one point, however. There should be a commission, ideally appointed by the president, that looks at all aspects of the COVID-19 crisis with special concentration on the way federal and state governments failed the citizens who put them in office.

Such a commission, if it were bipartisan and composed of heavyweights from the fields of medicine, government and industry, could do a lot to help us understand how and why things got as far as they did. A panel led by the likes of former Vice President Dick Cheney or former House Speaker Newt Gingrich for the Republicans and former Defense Secretary Leon Panetta or former Governor Jerry Brown for the Democrats would immediately command the public’s respect. They’ve demonstrated at one time or another that they’re not afraid to ask hard questions and follow the truth where it leads. More important, they would not shy away from making tough recommendations regarding future economic, health and national security needs—even if they might upset the institutions and political allies that once gave them their considerable power.

If ANYONE except Adam Schiff (even John Doe) would propose this it would be reasonable, but this impeachment happy idiot will just spend taxpayer money on another GET TRUMP fiasco!

///AMERICANS WE HAVE TO TAKE BACK OUR AMERICA FROM THE EVIL CRIMINAL ACTS OF DEMOCRATS………………………..TO SOLVE AMERICAS PROBLEMS MAKE THIS CHOICE WE THE PEOPLE’ HAVE THE POWER OF OUR VOICES AND OUR VOTES, TO VOTE OUT THE ENTIRE LYING,CORRUPT, TREASONOUS DEMOCRAT PARTY COME NOV 2020, VOTE TO MAKE AMERICA GREAT AGAIN AND TO END ALL CORRUPTIONS IN WASHINGTON GOVERNMENT
“Woe unto them that call evil good, and good evil; that put darkness for light, and light for darkness; that put bitter for sweet, and sweet for bitter!” (Isaiah 5:20).

We know Shitt. We know he lacks integrity. He lacks honor. He lacks reason. So IF he advocates something that appears to make sense, look CLOSER. Nothing he does is good for the nation or Trump.
Just what we DON’T need. Another bunch of bureaucrats.

Schiff can KMA! He is no good!

First let’s remember we are talking about Schiff. This guy is a maniac whose own state and area that he represents are failure and miserably going down the tubes. So how does someone that cannot even manage a portion of a state think he can manage or control what is best for an entire country. Secondly, he has made it clear to all, along with Pelosi, that their actions have nothing to do with what is best for America, what is best for the American people, or what is best for the world during this crisis. They are only interested in two things and that will not change; one is the overturn of the lost 2016 election that they all believed was in their hands with Hilary and they found out that the American people don’t follow their rules and their agendas. Secondly, they want to ensure their majority in the house in order to continue to run their own agendas and to target the president. I challenge someone to show me something either of these two have put out in the last year or more that is positive for America and the people as opposed to their usual negative BS about the president, those that voted for the president, and the actual citizens of this country and not the illegal immigrants that they so boldly support instead of citizens.

Yes we know how well the democrats do all things. Look at their failures. So now, Trump is handling the crisis well as indicated by his approval rating. So how to stop him from getting credit? Force a commission of do nothing bureaucrats who will just do MORE AND MORE to take the economy down but try to take credit for any good that is done about the CORONA.
FACTS:
1. More dead from FLU in the last two years over a comparable time.
2. More dead from drunk drivers over a comparable period of time.
3. Children just about untouched.
4. MOST deaths are from underlying condition and old people like me (71 years old)
5. Compare the few lives that MAY be being saved compared to the millions who are now without any income. Is it worth the destruction of our economy? I DON’T THINK SO.