These Are The 13 U.S. Service Members Killed In Kabul, Learn Their Names 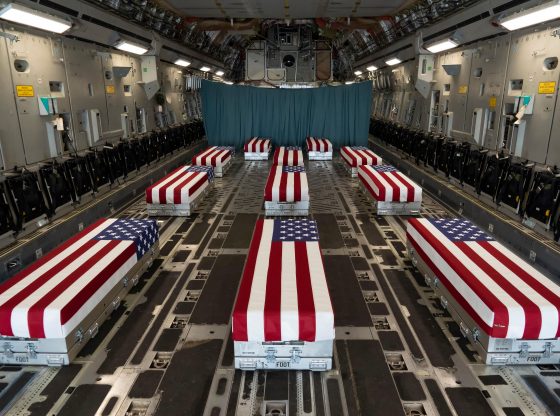 The Pentagon released the names of the U.S. service members killed who were killed while on a humanitarian evacuation mission, when a suicide bomber detonated 25 pounds of explosives outside Kabul’s Hamid Karzai International Airport.

The Aug. 26 bombing took the lives of 13  members, including 11 Marines, one Navy sailor, an Army soldier, and as many as 169 Afghans.

These are the people who sacrificed their lives for our country:

PROUND TO BE AN AMERICAN

That sorry ass Biden is going to let these terrorists get away with it. That makes him a terrorist.

Dwight Oliver
Reply to  PROUND TO BE AN AMERICAN

Yes you right he is a terrorist and he should of naver been put in office, but that what democracy wanted so he we are with a terrorist for a president!!!

And they say they got them all out, but I don’t believe that because some over there keeping peace couldn’t get to the airport. And I don’t believe anything he says or his party says, they all lie.

LISTEN UP…GODS BLESSING is STILL with PREZ TRUMP. The WRONG MAN is in the WHITE HOUSE. TRUMP Shall Become a TRUMPET. ALL HOPE is NOT LOST. MY CONDOLENCES to the FAMILIES Who Have LOST LOVED ONES. From SamuraiQueen. 😩😩😩