US Army’s New ‘Dark Eagle’ Hypersonic Missile Can Hit China from 1,500 Miles Out 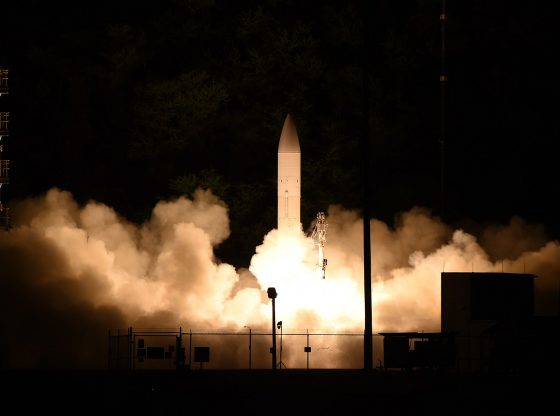 Stand by China, the US Army will soon be joining any future fight by fielding highly maneuverable, hypersonic missiles coming to a battlefield near YOU.


The Navy’s version of the hypersonic missiles will arm the new Virginia-class submarines and the Zumwalt-class guided-missile destroyers.

According to Popular Mechanics (PopMech):

Once the booster runs out of fuel, C-HGB glides back down to earth, streaking toward its target, and delivering a high-explosive charge. Dark Eagle’s high speed allows it to engage fleeting targets, while also proving elusive for enemy air defenses.

The Army will deploy Dark Eagle in artillery batteries of eight missiles each. That will consist of four truck-bound transporter-erector-launcher vehicles with two missiles each, plus a battery operations center. A C-130J Super Hercules transport will deploy the battery, allowing it to reach rougher airfields closer to the battle zone.

Pentagon says not too worry, we have joe biden as our commander and chief.

A country can have the most sophisticated and deadly weaponry but if the leaders are without conviction the weapons are meaningless .