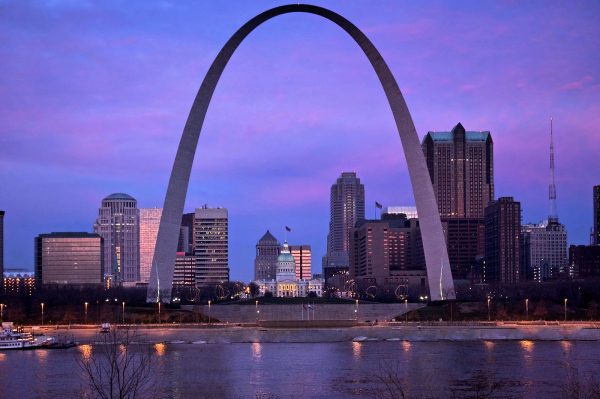 The St. Louis couple who rose to fame after pointing guns at Black Lives Matter protestors outside their mansion are suing United Press International’s Bill Greenblatt. In the suit, Mark and Patricia McCloskey allege that Greenblatt trespassed on their property to snap the image during the June confrontation.


The McCloskeys are seeking damages as well as the ban of the image and transfer of ownership of the photo to them along with any others taken on their property. The news publication has also considered issuing a “cease and desist” order to the couple after the two used the image in a greeting card.

The photo — which shows Mark wielding an AR-15 rifle in a pink polo shirt and khaki slacks, with Patricia by his side holding a semiautomatic handgun — contributed to the couple’s “significant national recognition and infamy,” the suit states.

The defendants, including Greenblatt and UPI, are profiting from “T-shirts, masks, and other items, and licensing use of photographs bearing Plaintiffs’ likenesses, without obtaining Plaintiffs’ consent,” the court documents claim.

“Defendants acted outrageously and beyond all reasonable bounds of decency, with their conduct regarded as atrocious and intolerable by any member of a civilized society,” the suit boldly charges.

The incident captured the nation’s attention eventually leading to the couple speaking at the Republican National Convention. Besides alleging their lives were threatened, the McCloskeys have also claimed that protestors trespassed on the private street. News photographers are allowed to take photos on public rights of way.

If a person has a Constitutional right to defend him or herself, and their personal property, it stands to reason he or she should be protected from those trying to do them harm in any respect. If anything needs changing it should be the lack of situational legislation to prosecute slanderers, abusive behaviors, and news orgs and reporters engaging in belligerent and provocative manners. America needs to WAKE UP and start punishing offensive criminals instead of lionizing them! Why do the laws in this country always seem to get bent in favor of those who HATE America rather than those good citizens who understand and appreciate the MIRACLE of the Constitution!