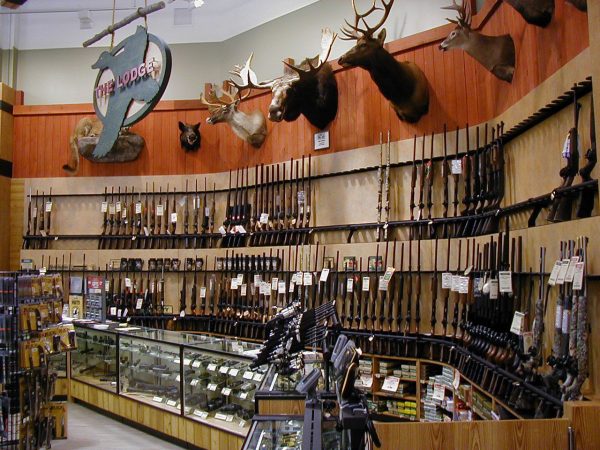 Totalitarians never let a crisis go to waste. Even in the United States.


“(I)n a State of Disaster Declaration dated March 17th, the (Saluda County, South Carolina) county council outlined a list of actions to respond to the coronavirus outbreak, including the power to “suspend or limit the sale, dispensing or transportation of…firearms,’” Gunpowder Magazine reports.

“This declaration is the same language recently used by the City of New Orleans, which is notorious for sending government agents door-to-door to seize legally owned firearms from residents in the wake of Hurricane Katrina, leaving them defenseless against looters and other criminals,” Gunpowder Magazine reports.

Officials in Champaign, Illinois also imposed a complete ban on the sale of guns, and officials across the country are planning to also ban gun sales, claiming gun prohibition is necessary to deal with coronavirus.

More troubling than banning gun sales is the recent history of using emergency declarations to begin the door-to-door confiscation of guns.

“Local police officers began confiscating weapons from civilians in preparation for a forced evacuation of the last holdouts still living here, as President Bush steeled the nation for the grisly scenes of recovering the dead that will unfold in coming days,” the New York Times reported in the wake of Hurricane Katrina in 2005. “Police officers and federal law enforcement agents scoured the city carrying assault rifles seeking residents who have holed up to avoid forcible eviction, as well as those who are still considering evacuating voluntarily to escape the city’s putrid waters.”

Once again, mayors and even governors are considering banning the possession of firearms, claiming it is necessary to protect first responders.

The people over the years asked for this because of their stupidity in not know who the person really was or what they had in mind after they got into office.

The process of running for office is so difficult and expensive and it has been made so by the very rich who are determined to take control.
YOU try to run for Senate. See how impossible it is for a regular guy

“Once again, mayors and even governors are considering banning the possession of firearms, claiming it is necessary to protect first responders.”
As stated above article. So when does a lae abiding gun owner going to fire upon “first responders”??!!!

When they come for your gun.

when they have FBI written on their backs. Issue search warrants with guns blazing like in Waco Texas. Using military equipment to gas & burn them 45 days later. Shooting children in the back, blowing a mother’s head off (two hundred yards away) while holding a 13 month old assault baby in her arms like Ruby Ridge Idaho. Turning a blind eye (no red flags) when black panthers threaten white people at a polling place in Pennsylvania. There are more examples…

“Those who would give up essential Liberty, to purchase a little temporary Safety, deserve neither Liberty nor Safety.” – Benjamin Franklin

Damm, you beat me to it! That quote was the first thing that came to mind when I read this article.??

Yes, I totally agree. The next thing the liberals WILL do when they regain power is CONFISCATE ALL FIREARMS; that is their dream they dream every night, because an UNARMED POPULACE is much easier to CONQUER than a well-armed militia! It’s up to US to ensure that NEVER happens, no matter what the circumstances are!

I’m with you on that! They will never get my self protection arms!