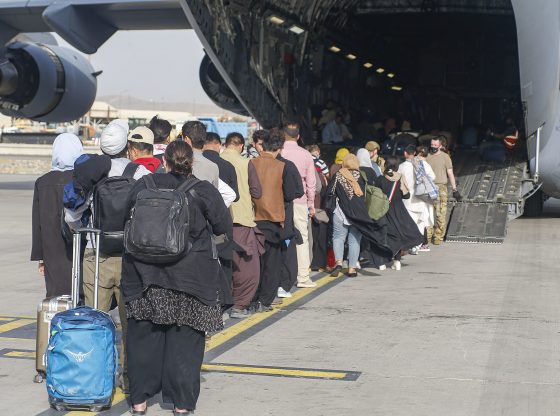 OPINION and CALL to ACTION – While my reports and commentary are generally as dispassionate and as professional as can be, this current Afghan catastrophe has emotions running extremely high for a lot of people involved in the private rescue effort. While truly grateful to be able to help and save so many American and at-risk Afghan lives through the team at Quiet Professionals – I have been feeling a great many other emotions not felt in a while.


And I know I’m not alone in my feeling among our team and our greater network of ex-military, intelligence, and diplomats, as well as Americans of all stripes.

ELATION – Upon hearing that a family or group of evacuees we processed finally made it through the gates at Kabul airport and got on one of our planes, after braving Taliban checkpoints and ISIS ambushes, and running the gauntlet of people and Taliban infiltrators, and U.S. military, at the airport gates.

FRUSTRATION – At all the obstacles we are needlessly facing from our own government in trying to simply save the lives of our friend allies our government abandoned and sentenced to death. Including our own Marines blocking them at the gates, or throwing them out after they finally are given entry.

DEJECTION – Upon hearing that despite all our efforts we have lost contact with some of our potential evacuees, or heard they gave up after spending, in some cases, days trying to get through the airport gates with small children, no food or water, and simply went home to face whatever may come.

DEEP ANGUISH AND SADNESS – Upon hearing that some of our potential evacuees have been hunted down by Taliban or ISIS savages and brutally murdered by beheading or other means.

FURY – But mostly I’m feeling FURY – at President Joe Biden and his team of incompetent – if not criminal – advisors and henchmen and women – for the EPIC, sickening and unnecessary humanitarian catastrophe they have created.

And even more FURY at the absolute deception and lying coming from this administration saying the withdrawal is “orderly” and will be “accomplished soon.”

TO BE PERFECTLY CLEAR: This evacuation is anything but orderly, it is ABSOLUTE CHAOS, despite the best efforts of those bravely operating on the ground, and it will NOT be finished by the TALIBAN August 31 deadline Biden is sheepishly bowing to follow.

Thousands of AMERICANS are still trapped in Kabul behind Taliban lines, waiting to become Taliban hostages, or be killed, and many more thousands of real AT-RISK Afghans who faithfully supported us for two decades remain in mortal danger of being slaughtered in short order.

I HOPE MANY MORE AMERICANS FEEL WHAT I’M FEELING.

BUT MORE THAN JUST ‘FEEL’ – PLEASE ‘ACT’ – CONTACT YOUR CONGRESSMEN AND SENATORS, AND THE WHITE HOUSE.

TELL THEM WHAT YOU FEEL – RIGHT NOW. ADN

Many of us who are feeling the same way are contacting our elected officials and we are involved in blogs etc. to get the word out. There is a glimpse of “real” reporting from MSM on this subject but not to the extent or passion such as reports like this from someone who’s on the ground and directly involved with attempting to evacuate Americans and Afghans alike. If the stories like this were to reach more of the mainstream media outlets and be presented unedited, it would go a long way to convincing those with their head in the sand that this current administration (all of them from the president down to the lowliest WH aide), is inept and calloused. This and other messages about the worthless administration that now occupies the WH have to be heard and the cold hard facts presented in order to change enough opinions in the U.S. that Biden and Harris must go!

This is the SECOND time Biden (CATHOLIC traitor) has abandoned a nation!
The first nation he abandoned was the USA! Biden (CATHOLIC traitor ) deserted the USA on his first day of ‘reign’ to the ILLEGAL ALIEN CATHOLIC INVADERS from the south! Now we have over a million ILLEGAL ALIEN CATHOLIC INVADERS scattered around the USA in less than six months after his ‘reign’.
The only difference between Muslim and CATHOLIC is the continent they destroy. They destroy their own nation, then move to the next. They bring all the failure, ignorance, poverty, crime, corruption, and demand that their ‘culture’ be honored.
Now he abandoned Afghanistan and so the same story continues!
Vote for ANY CATHOLIC and the USA will look the same as everything south of the USA. Ignorant, poverty ridden, no infrastructure, crime ridden, corrupt to the core is what CATHOLIC traitors bring to the USA.

Why are planes flying out 1/2 empty?

Well, let’s see: It’s summer in the Middle East, so the Density Altitude would be in the teens. If the fights are non-stop, they need fuel loads that will cut into the payload, which may contain lots of heavy cargo, and that load needs to be distributed to maintain the CG. Americans are fat, according to Michael Moore (Exhibit A…) so their weights will factor in the cabin distribution and ZFW (Zero Fuel Weight.) But maybe those folks can’t afford Numb Nut’s Pay or Die honorarium to gain access to a seat.