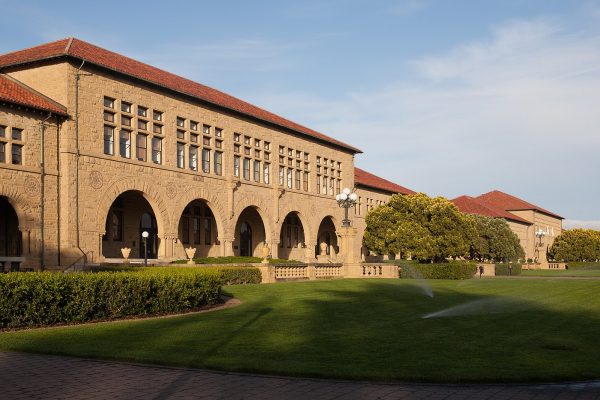 Stanford University, one of the best universities in America now is doing research for China, or so it appears.


In mid-February, the university opened the Stanford Center on China’s Economy and Institutions. The center is run by the Freeman Spogli Institute, a foreign policy organization that is connected to the Chinese government. The Freeman Spogli Institute has a history of coopering with China, though it refuses to disclose whether it has taken money from the Chinese government.

According to a report by The Washington Free Beacon, the Freeman Spogli Institute has ties to Peking University in Beijing which is run by a former Chinese spy named Qiu Shuiping. A report from the Australian Strategic Policy Institute designated Peking University as a “high risk” organization for its involvement in Chinese defense research and links to state-owned nuclear weapons programs.

Peking University has hosted joint projects with the University of Chicago as well.

The Center on China’s Economy and Institutions website claims that the center’s goals are to advance students’ understanding of China’s economic and political issues.

This news comes as the Biden administration has indicated a policy of allowing another Chinese propaganda arm, the Confucius Institutes on American college campuses, to continue.

BARR: There is No “COVID” Clause in the Second Amendment
These Woke American Corporations Have Links to Chinese Forced Labor

IF they have ANY TIES to CHINA in ANY SHAPE or FORM! Boot their butt back to China. If they are a spy which I’m sure most are. Just make them disappear, troll for sharks, drop them in the ocean from 30,000 feet. Just get rid of them as they are stealing everything to use against us. WE are being sold to Chin by A-HOLES teaching out kids, doing our, research, medical and EVERTYTHING ELSE! WE will live to regret it. Once we go under Commie Joe Panty Sniffer pay master’s thumb we are finished to never to return. If that’s what you want for your kids keeping selling out and giving everything away to China. WAKE UP YOU STUPID ELITE! I know you think your smarter than everybody else and the Commies need you to help them run this country. When you have taught them everything you know your just expendable trash for slave labor or bullet stopper. It amazes me how smart you clowns think your are and cutting your own throat for money. Hope it’s worth it?

Don’t waste the fuel by going to 30,000 ft. It takes 1200 ft to hit terminal velocity and hitting water at this velocity is like hitting cement.POW! Yep, a “bio explosion.” Lots of Chinese food bits for all the fishes.

Starr
Reply to  Pissed Off American

I love your outrage! We must fight back on all fronts. The ultra Elite with the Rothchilds and the World Economic Forum show you the elite players. They have bunkers built and are buying up land and hoarding seeds while Gates pushes their depopulation agenda with deadly vaccines and fake meat! This is a spiritual battle between the those with the blood of the woman and the blood of the serpent, good vs. evil, God vs. Satan. Only those who can see with spiritual eyes can understand. Pray for God to take them down worldwide. We are lost if God doesn’t do something on a ‘biblical’ scale. Choose your side; God wins.

One day – and hopefully not too late, everyone will wake up like the rest of us and not pay any federal taxes – only half of us do right now – but it would make a statement that those who do pay are running this country – NOT the 50% and growing who do not as they can olny get more money from us – we are their only source besides debt that has already reached a destructive amount.

They have now committed a coup using Domnion machines. The FBI has become the SS and they are coming for us upon any excuse. They will lie and they will do whatever it takes. to put us in their FEMA camps. Looking to God right now and moving in His Power is the only answer. Pray!

I agree these people are doing just like the Nazis did and in fact, every dictator, has do whether left or right dictator. All these dictatoors have ti same thing in common, that is complete control and no regard for human life as they are the only ones that can lead and that are important. This is where the US is headed and very fast. We will see how much the people will take.
I also hope your God will help but I do believe that we have to help our selves. But again I am so very hopeful with what you want