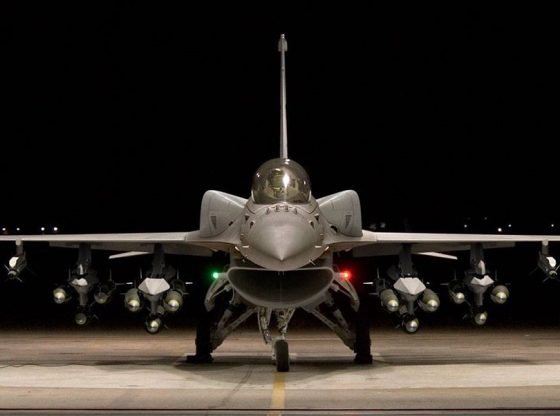 ANALYSIS — While some defense experts are concerned about a possible Chinese invasion or other direct military action against Taiwan, Beijing appears to also be engaged in a more subtle form of Gray Zone conflict with Taipei. The goal? To simply wear down the democratic island’s resistance and deplete its more limited resources.

For now, this is a strategy of exhaustion, not invasion.

Taiwan News reported that this past week has seen eight Chinese military aircraft entering Taiwan’s air defense identification zone (ADIZ), bringing the number of such incidents so far this month to 15. Every time this occurs Taiwanese forces must respond, deploy alert aircraft, and expend resources in fuel and other costs to intercept and escort out the enemy aircraft.

As I wrote earlier, Taiwan’s air force scrambled fighters against Chinese aircraft 2,972 times in the first nine months of 2020, at a staggering cost of nearly one billion U.S. dollars — NT$25.5 billion (US$903 million).

Admiral Lee Hsi-ming, the commander of the Taiwanese military until 2019, told Reuters that these constant encroachment tactics are “super effective. You say it’s your garden, but it turns out that it is your neighbor who’s hanging out in the garden all the time. With that action, they are making a statement that it’s their garden — and that garden is one step away from your house.”

However, other defense experts note that increasing its military capability to actually invade is also part of China’s pressure against Taiwan.

Admiral Lee believes the only thing holding back the PLA is that it hasn’t yet achieved the overwhelming firepower needed to overrun the island. But China’s massive military build-up over the two decades means it is now “far ahead” of Taiwan, he said.

“Time is definitely not on Taiwan’s side,” he added. “It’s only a matter of time for them to gather enough strength.”

Meanwhile, as I have also noted, the U.S., under President Trump, has significantly ramped up the sale of advanced weapons to Taipei, including offensive missiles for the first time in 40 years. As part of these sales, the U.S. expects Taiwan to boost its own defense spending and fortify its weakened defenses.

President Tsai is also coming under pressure at home to buff up the island’s forces. Her government is now planning to increase defense spending by more than 10% next year to T$453.4 billion ($16 billion), according to Reuters.

Turning Taiwan into a fortified island ‘porcupine” able to incur heavy losses on any invading Chinese force is only the first step to combatting China’s Gray Zone attacks. Beyond that, Taiwan, and its U.S. ally must formulate a more comprehensive Gray Zone counter-strategy to keep Taiwan free and democratic in the face of growing Chinese aggression.

Understanding the Gray Zone is key.

Eight Influential Conservatives Whose Deaths Left Us Shaken in 2020
Biden To Cut Budget for US Nukes as Russia, China Build Lots More

Back Taiwan and also play the same game with China, make THEM scramble. Their economy WILL FALL, they cannot do this successfully themselves, AND THEY KNOW THIS. Go after them for their release of the COVID as an ACT OF WAR, which it WAS.

ISOL:ATE CCP for this and make them PAY, use massive tarriffs as well. They are a criminal ENEMY, nothing less.