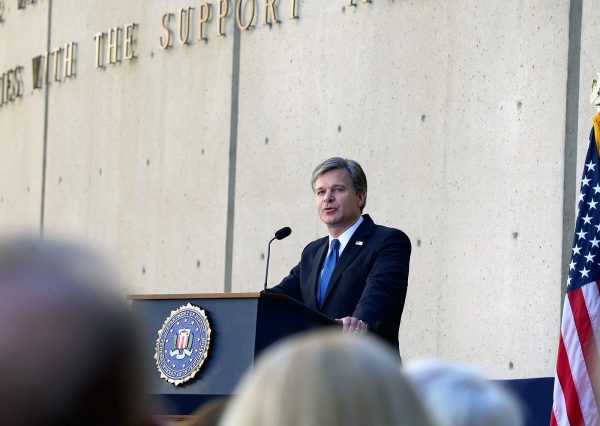 When it comes to election interference in democratic countries, malign foreign actors possess many tools and weapons, but they all generally fall into two categories: “changing minds or changing votes.” Russia, this election, appears to be focused on the former more than the latter, reports NPR.


Wray stated that the FBI and Intelligence Community (IC) are seeing disinformation and agitation this year similar to that of 2016, but less cyberattacks than before: “We have not seen that second part yet, this year,” he said.

In its assessment, the NCSC concluded that China prefers that President Trump lose the election to Joe Biden due to Trump’s strong stance against China globally; that Iran also favors a Biden victory over Trump due to his strong stance against Tehran; and that Russia is working against former Vice President Joe Biden, “and what it sees as an anti-Russia ‘establishment.’”

With regards to Russian interference efforts, NPR explains it thusly:

Russian influence-mongers spread disinformation, turn up the volume on controversy and generally try to pit Americans against each other, including with fake accounts and support for what they consider marginal candidates or for some groups not to vote at all.

The goal is to make some Americans so angry they support a preferred candidate and others so angry — and disaffected — they don’t vote for another.

It would be difficult to stop pelection interference from foreign countries and individuals but important to try. Laws against it a foundation but how to enforce becomes sticky. Exposure & awareness a consequence. Discouraging travel & commerce with those who try? Keeping a Published List? Fining with increased tariffs? Negotiations w Sec of State or President? It’s difficult. But we must try. We must make it well- known Americans don’t like interference in our country. It’s the ‘Nature of Our Republic’ to Reflect The Will of The People! Respect for US Fosters Respect For You!

Actually I voted yesterday, absentee ballot, I’m still recovering from surgery. You’re right Dan, we don’t need outside help from ANYONE. The CHICOMS will try mightily too and you know who they want.

We don’t need Russian help.
We have dumbocraps.

With the quid pro quo easily accessed by whoever wants to, a federal court finding Hunter and Joe Biden guilty of receiving $900,000 in bribes with something like 3.5 $Billion from China. Plus another bribe came up. Why (bribem and heels up) didn’t they denounce antifa and blm? The really can’t without lying. Plus, the KKK, there are pictures of Biden and Robert Byrd looking a little too chummy. DSo you think Russia has to interfere? It looks like Trump in another landslide to me. MAGA 2020 Go Trump III%