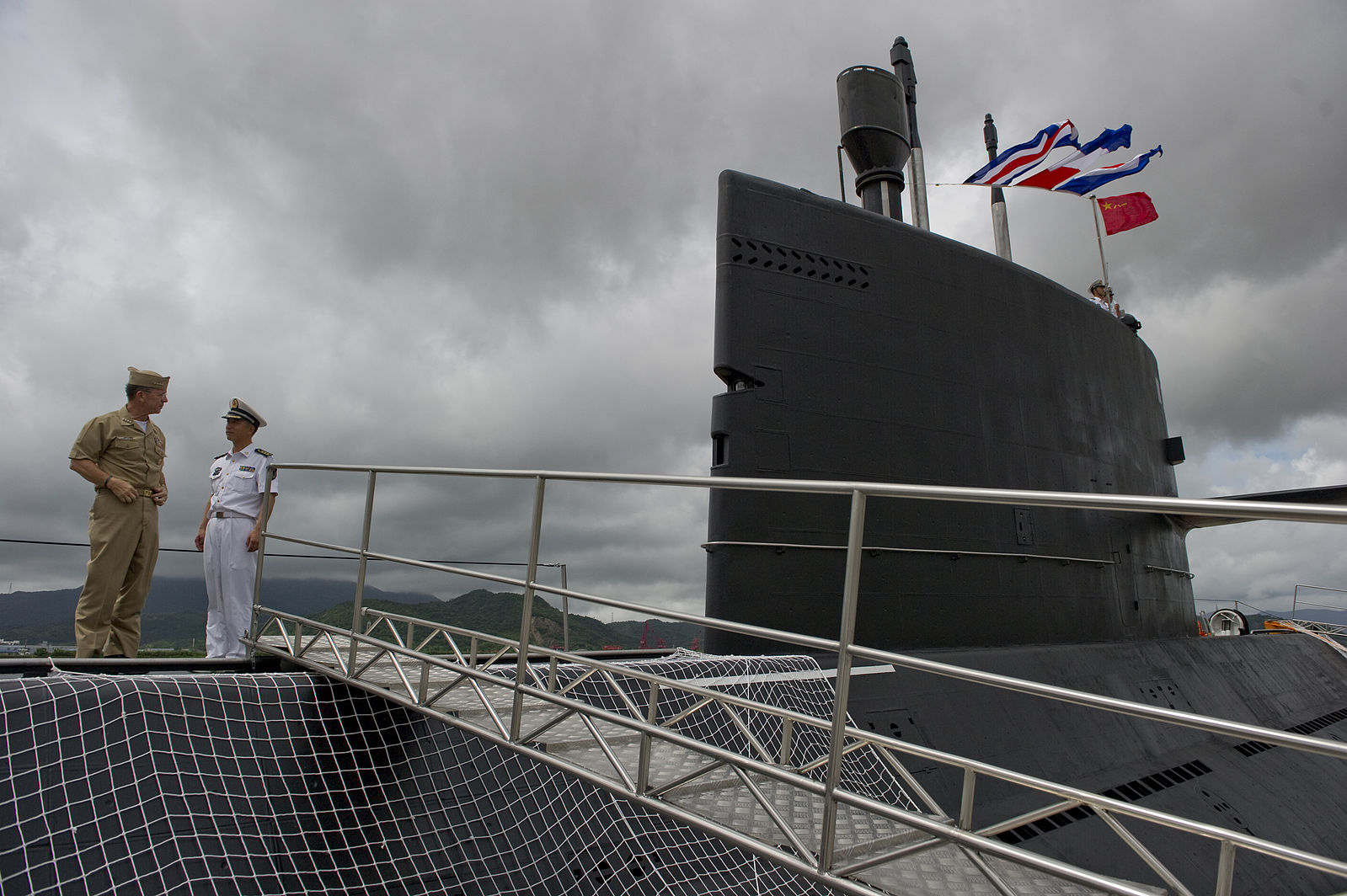 Commercial satellite company Planet Labs has managed to spy what appears to be a Chinese People’s Liberation Army Navy (PLAN) Shang class, Type 093 nuclear attack submarine leaving a “James Bond”-style undersea lair. This may be the first time this has been seen in an unclassified setting.

The image by Planet Labs first appeared on Radio Free Asia’s Facebook page. This secret undersea cave is built into a mountainside located on the southern end of China’s huge Yulin Naval Base on Hainan Island, on the northern edge of the South China Sea (SCS).


As noted by The Drive, this strategic island which faces the open Pacific and Taiwan to the east, is “home to China’s nuclear ballistic missile submarine fleet—the backbone of its second-strike deterrent—as well as other submarines.”

Drew Thompson, a former Pentagon official now with the National University of Singapore, says in CNN Philippines that the photo of the submarine outside in the open is a rare occurrence. “That’s unusual that a commercial satellite would be overhead at just the right time” on a cloudless day, he said.

What’s not unusual, he says, is the Chinese underground base. It’s how Beijing conceals a lot of its military hardware, from submarines to missile systems based far inland, Thompson explains.

The Type 093 is seen as the PLAN’s most powerful and advanced nuclear attack submarines, as HI Sutton notes on his naval website. The PLAN only has six of them, with an expected Type-093B version in the works. Sutton explains these subs are deployed “alongside the country’s ballistic missile submarines (SSBNs) and so likely plays a role in defending them from other country’s subs.”

The U.S. Defense Intelligence Agency’s annual unclassified China Military Power Report explains how China’s massive military build-up of the past two decades has dramatically improved its submarine force. The PLAN now has roughly 70 submarines, dwarfing the fleet of any other country in the SCS.

The U.S. Navy has flown several maritime surveillance missions over the South China Sea in recent weeks. A U.S. Navy P-8 maritime patrol aircraft fitted in an ASW role can detect and attack suspected submarines lurking beneath the surface. Some have been reported flying over the disputed waters in SCS just last week.

The U.S. is always active in the South China Sea gathering undersea intelligence to ensure it can track China’s dangerous submarines – no matter where they hide.

Wonder:
How big base is underground
any logistics seen around landside tunnel entries
Probe base by low flying drone with scanning array
Plot same inlets along Chinese coast from Hong Kong north.
Scan prior Intel shots of coastline.
Plot tunnels.

I have been to Hainan island and this Navy base is probably the most secure military base I have ever seen! You don’t get close or you will die!