Trump Backs Turkey to Counter Russia and Iran in Syria 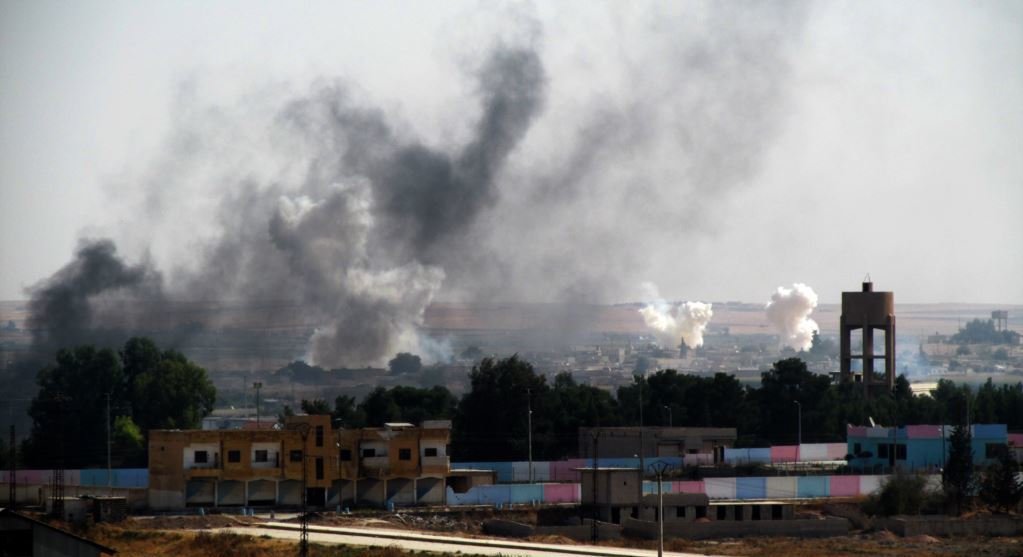 As the conflict in Syria escalates, embroiling wayward NATO ally Turkey and its newfound friend Russia, President Trump sends a signal of support to Ankara. Is this the way to bring Turkey back into the US-NATO fold while countering both Russian and Iranian adventurism?


According to the Washington Examiner, James Jeffrey, US special representative for Syria, warned that Washington will take increased action against Russia and Bashar Assad over their offensive in Idlib province. Their offensive has included the “deliberate and relentless targeting of civilian infrastructure, including hospitals, schools, and markets.”

Despite European reticence about backing Turkey, especially following Ankara’s opening its borders with the EU to refugees, the US is poised to take the lead. Jeffrey explained that the US is ready to resupply Turkish ammunition stocks and is pushing for increased NATO support to Turkey.

This support includes possibly providing Patriot air defense missile systems and preparing sanctions against some Russian officials. While some are concerned about Turkey’s recent actions in Syria and its tilt toward Moscow after buying Russian S-400 anti-aircraft over US objections, supporting Turkey now is a solid strategic move on many levels.

An Assad victory and domination of Syria would adversely impact US security interests in several ways. It will: 1. Fuel continuing terrorist recruitment into the Islamic State. 2. Continue to enable an Iranian terrorist corridor from Tehran to the Israeli border. 3. Provide Russian President Putin a tremendous geopolitical victory and expanded influence in the broader Middle East.

Countering all these outcomes should be a US strategic priority in the region and will demonstrate the US is serious about protecting its interests.

Supporting Turkey now not only helps counter Iranian and Russian expansion, but as Tom Rogan notes, it will also help bolster Turkish President Recep Tayyip Erdogan against Putin’s pressure, and encourage him to re-orient away from Russia and back into the US-NATO orbit, prior to meeting Putin in Moscow on Thursday.

Of significance – Reuters reports that Russia is racing to reinforce its troops in Syria by sea and air before talks between the two leaders on Thursday, amid concerns by Moscow that Turkey might close the Bosphorus to Russian warships and bar Russian military transport planes from using Turkish air space.

Under President Trump, best economy in decades, lowest unemployment numbers for Blacks,Hispanics,Asians EVER (women in 15years)lowest unemployment ever. With full transparency and honesty! Which you never saw with pass Presidents. Excluding 1 or two. The list is endless. Best president ever, President! Keep America Great! The unstoppable KAG train full steam ahead to 2020 and beyond!

Unless we are willing to remove the Mullahs in Iran and hold Turkey’s collective muslim feet to the flame, we will be involved in these conflicts in The Middle East for decades to come. The solution; give each of our enemies devastating setbacks which they’re incapable of recovering from. Our new warfare doctrine has set its sights in exactly that direction. ‘Strike Force 10 Megaton’ Tactical Nukes for each offender striking out against the West.

Extremely dangerous situation. It calls on Trump to follow through on his decision to meet Putin and Xi Jinping iorn region. n NY City to hammer out a reconstruction and development solution to the war torn region.