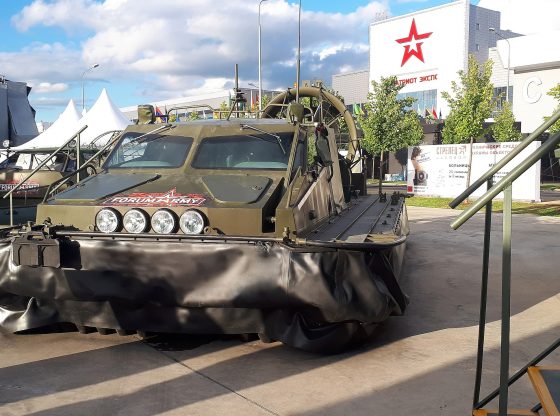 Communist Chinese state media has produced photos of its latest semi-submersible transport ship for the People’s Liberation Army Navy (PLAN) they call a minesweeper. However, as analyst Mike Yeo notes on Twitter “it does not look like a minesweeper b) this the first time the Suizhou had been seen c) this makes it at least 3 such semi-submersible ships in PLAN service.”

Chinese state media has called this a minesweeper but it is just one of many things to unpack: a) it does not look like a minesweeper b) this the first time the Suizhou had been seen c) this makes it at least 3 such semi-submersible ships in PLAN service pic.twitter.com/omaIAVb3FT

Later the Chinese military website ‘China Military Online’ appeared to correct itself when it showed the same semi-submersible heavy ship with hull number 834 now referring to it as the Yinmahu transporting a Type 958 air-cushioned landing craft.

This vessel is similar to but much smaller than the U.S. Navy Military Sealift Command’s Montford Point-class semi-submersible expeditionary transfer dock ship.

Both the U.S. and Chinese ships are designed for air-cushioned landing craft or possibly other amphibious vehicles to launch from its sides to conduct amphibious landing operations.

The Yinmahu is similar in layout to the semi-submersible expeditionary transfer dock of the U.S. Navy’s Military Sealift Command. It is also externally similar to the Donghaidao, the first-of-class ship commissioned into China’s PLAN in July 2015.

According to China Military Online, the Yinmahu transported the Type 958 while the former was “attached to a landing ship group with the navy under the PLA Southern Theater Command.” This suggests the Yinmahu was assigned to that command like most of the PLAN’s modern amphibious fleet units.

The PLAN’s designation of the ship type is unknown, but the U.S. Navy’s Office of Naval Intelligence calls it the “Modified Hansa Sonderberg class” because its design originates from the civilian ship class of a similar name. The intel office’s most recent public report on China’s maritime forces did not mention a second ship in the class.

Meanwhile, also of interest is the assault hovercraft carried on board which is built in Russian-occupied Crimea.

The Type 958 is the Ukrainian designation of the Russian Zubr class, otherwise known as Project 1232.2. China had bought two such vessels from Ukraine with plans to build more locally, only to switch the contract to Russia in 2014 when Moscow annexed Crimea, where they were undergoing construction.

China subsequently built at least four more of the landing craft, which measure 57 meters in length with a beam of 25.6 meters and a displacement of 555 tons when fully loaded to its capacity of three main battle tanks or 500 troops.

Our LHDs & LPDs can carry Hovercraft within hulls.

this is cool thing