Down With the Statues 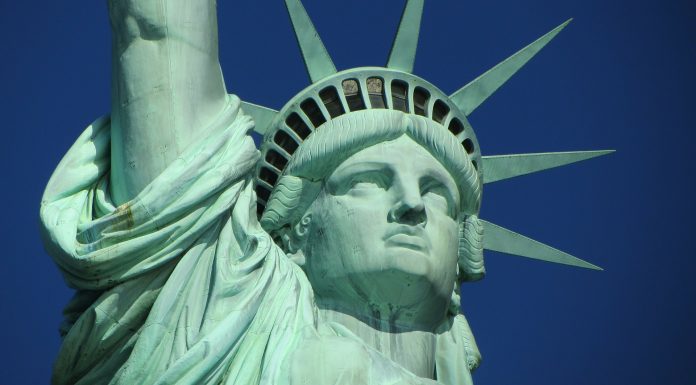 In 2001, the world was shocked as Taliban leaders in Afghanistan began destroying statues and monuments in the nation’s museums and historical sites. Some of the statues were more than a thousand years old and dated from Afghanistan’s pre-Muslim period Buddhist past. International condemnation was virtually universal as militants destroyed much of their own country’s history because they saw Buddhist and other non-Muslim artifacts as rubble to be cleared as they tried to build a new Islamic Afghanistan.

Today, US true believers are doing the same thing here. It began as protesters toppled statues of Confederate Civil War figures, but quickly morphed into a broader campaign against the history of a country they had come to despise. Statues of Christopher Columbus, George Washington, Thomas Jefferson and even pre-Civil War abolitionists were targeted and Black Lives Matter leaders demanded that they wouldn’t be satisfied until the Washington Monument and the Jefferson Memorial in Washington, DC were toppled as well.

The virus spread even to Britain where the government had to build walls around a statue of Winston Churchill to protect it and the former Prime Minister’s granddaughter suggested that perhaps it should be moved to a museum so as not to offend those who despised him and his championship of Western Civilization. In Toronto, Canada a Black Lives Matter crowd similarly demanded the destruction of a monument honoring Churchill as “vile.’ As the rage continued, Popular Mechanics, a US magazine that usually runs articles on how to mow one’s lawn or change the oil in one’s car, ran a “how to” article to instruct those wishing to topple a statue how to do it without being injured in the process.

Meanwhile, House Speaker Nancy Pelosi had the portraits of former Speakers who had served during slavery or hadn’t supported its abolition while they were alive taken down, city after city voted to change the names of streets and highways named for former slaveholders or supporters of the confederate side in the Civil War and some even demanded that statues erected to honor the memory of President Abraham Lincoln, the President who issued the “Emancipation Proclamation” freeing the nation’s slaves be removed from the University of Wisconsin campus in Madison, Wisconsin.

Many of these demands seem to border on the insane, but they don’t… and they aren’t about Civil Rights per se or the treatment of minorities by today’s police. They are rational from the perspective of those who hate America and hold the West responsible for the world’s evil. They seek a new world, based not on individual rights and a Constitution they despise, that to work must be built on the rubble of the old. Like Stalin in the old Soviet Union, they would erase from our very history those with whom they disagree and rewrite that history to fit their ideological narrative and values.

Many assume that those demanding the destruction of our history don’t understand it, but that simply isn’t true. They understand our history and are out to destroy it. Those who stood by as the first Confederate monuments went down took comfort in the fact that maybe the protesters had a point, but the effort to obliterate the actual history of the American founding and subsequent history was never meant to be limited to distaste for the Confederacy; it was meant to obliterate or rewrite the history of this country from the day Christopher Columbus made landfall.

The New York Times series accusing the founders of being mainly motivated by racism is now taught in many schools as the intellectual mentors of those beheading Columbus, calling for the destruction of the Washington Monument and the removal of Lincoln’s statue in Wisconsin run amuck.

Covid Compassionate Release for Prisoners Is a Threat to Society

Karla Dominguez testified in court that Ibrahim Bouaichi raped her. He was released from jail due to coronavirus concerns. Now Karla Dominguez is dead.  California...
Read more
Opinion

These Animal Names Are ‘Problematic’ Now

Are you for real? Common English names for the following plants and animals have been targeted by woke scholars who find them offensive. They've taken it...
Read more
Opinion

The next election will determine the direction of the United States Supreme Court and have a lot to say about its future. Given the...
Read more

Just watched a vidio of the mindless commi BLM & Antifa student mob trying to pull down the Grant on a horse statue, this clearly shows why these collage students can not get a job after parents spend $500 thousand on their adult babysitting collage.
Imagin if you can, how dumb & worthless these people are, they had three ropes fastened to each side of the horse, three on the left side, three on the right side, all pulling together like hell, then scratching their collective heads wondering why it will not be pulled down, so sad.

My comment is awaiting moderation so you probably won’t see it.

These morons , thanks to our indoctrinating education system will only understand one thing! That is violence is meant with violence, as long as they can extort from society they will keep doing what they are doing and worse!

We are living in a very serious harmful situation in our country. First of all, what makes the morons think they can take the liberty in taking down OUR history!!! The colleges w/their professors have poisened the minds of these people…all should be replaced!!!! These young people have NO values and a extremely poor education and it shows! If the people who are involved don’t like America I would suggest they move to another country!!! We MUST vote for President Trump to serve another term…the opposition is DANGEROUS!!!…mostly communists. We must VOTE in person…not by mail. May God Bless President Trump, VP Pence and America!

ITS HARD TO BELIEVE THAT THEY WERE PULLING AGAINST THERE OWN SEVLES RIGHT.

Lock and load, people. Your books are next.

Whitewashing (or Blackwashing, if you prefer) History, is nothing more than an insidious attempt to rewrite History to fit a Marxist narrative. Democrats embraced it after the Civil War with their “Lost Cause” theory, and it’s continued since then. It’s no surprise that they’ve flip-flopped, as they’ve done it many times in the past 150+ years. The Democrats are the Pandering Party.

Why is this behavior being allowed by the authorities? Are they waiting until vigilante committees are formed and take the action they are afraid/unwilling to take?

If so, it ain’t long in coming and the results will be uncontrolled violence

No, the “watering of the Liberty Tree” is nigh… It will be controlled and overwhelming.
EVERY ONE of those tinkerpots & nancy-boys will be hunted down & disposed of.
Real Patriots are paying close attention, and like th’ rider of the Pale horse, he will come, and Hell will follow…

Let me correct u!!! David a Keen true believers don’t do that!!! they wouldn’t do that that i’ know for effect, only criminals, terrorist, cummunist, unti-americans people who have no respect, no dignity, no integrity, no God!! these people are savage animals they’re no better than isis!! they need to be stopped! destroying our treasured history!!! i’ don’t know what the heck is wrong with u David but you’re so pathetic!!!

If these radical snowflakes hate this country that much they should feel free to pack their crap up and move the F OUT! Go F-up somebody else’s country; we PATRIOTIC CITIZENS do not want or need them here! Don’t go away MAD, JUST GO AWAY (A little hint, you I-D-I-O-T-S are not going to find a better country to live in than this.) There are better ways of making a living than working for a HATE-MONGER named soros.

Completely correct article. But the protesters/rioters/looters will not much like the results of their efforts because the socialism they seek to engender does not tolerate their street violence or their individual freedoms. What a surprise most of them will get when they find they have created a hell of poverty, regimentation, and servitude for themselves. Their Utopia will end in disaster like all the others. And we will go down with them.

I don’t understand what these people want, they are living in a beautiful and christian USA the best place on earth with all the amenities (which they are destroying it for the rest of us) I am not American by birth, but I always dreamed of USA….I love this country and will until I die…..Why do you have so much hate for your country. The statues are history actually it should remain so you will know what was going on in old time, things has happened lets respect our ancestors let their soul rest in piece and we need to bring the best in ourselves and our country we live in, with all the things going on around us in this world we don’t need this….respect and trust each other for what we are GOD created us equal. He loves us no matter what color or race we are. Love yourself and love what you have look around you there are so many people who want to come to a peaceful country, what we are doing is so low other countries are laughing at us……So ashamed and sad of our young people go educate yourselves spend your time learning about each other not to destroy……

Jeannine Swanson
Reply to  mother of 2

So you would have to get rid off leftists.

I fear we would be better off with a CIVIL WAR. It seems that a very few radicals who have the cover of the media, Soros and Democrats are able to destroy just about any part of America they want to, including our history and our economy
Folks, they ARE destroying our elections. Voter fraud will top 13 million in November.

What the Marxists do by destroying history, is exactly the same what communists parties did in every former “socialists” state after getting in the power. Maybe little different. They were taking off all history statues late at night by government people.

Michael Brigham - August 11, 2020 0
RINO alert! You've probably heard of the Lincoln Project. A cadre of failed GOP operatives who pride themselves on being never-Trumpers (aka Democrats). They plot to...