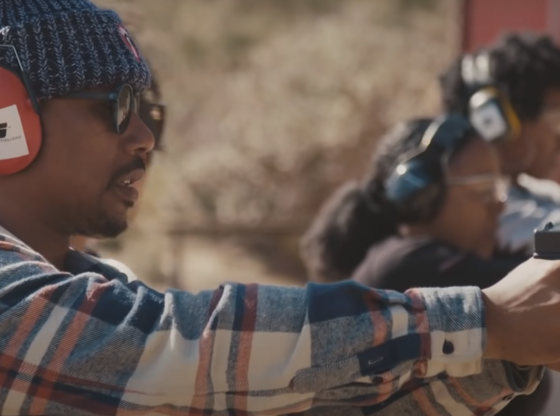 The Leftist media has finally discovered black gun owners. Just look at the Washington Post Magazine’s glowing spread about reducing the stigma of black gun ownership; a supportive sentiment that Jeff Bezos’ journalism play toy would never apply to gun owners broadly. It seems the Left has finally found a gun owner it likes, even if it is just because they believe increasing black gun ownership scares white conservatives.

The joke, however, is on them.


In recent years, anyone at a gun range or an NRA-sponsored event, or on gun message boards, is aware of this trend that the Left is just now noticing. But rather than react in fear or anger like the Left had hoped, the gun community has extended a welcoming hand to these new adherents, recognizing that every gun owner – black, brown, white, or green – is another voice in support of the fundamental right enjoyed by all people but which is expressly guaranteed to Americans by the Second Amendment.

While the Left cheapens black gun ownership with identity politics malarkey, supporters of the Second Amendment recognize and respect the intimate nature gun rights played in black history. Figures like Harriet Tubman and Frederick Douglass were well known for their carrying of firearms for defense (an historical fact, even if glossed-over by triggered liberals). For blacks during Reconstruction and Jim Crow, gun rights could be the difference between life and death. Their exercise of the Second Amendment rights was in the true spirit of what the Founders intended – an expression of the natural right to self-preservation.

This extremely important nuance is, of course, completely lost on Leftists who only see a “gotcha” opportunity by trying to paint the modern black gun owner as some sort of radical Black Panther type (see, The Hill’s troubling image choice in a tweet last month), rather than just another man or woman at the range punching targets after a stressful day at work.

In some circles, one might say the media’s disingenuous infatuation with black gun owners to be overtly racist; at the very least, problematic. After all, if the Washington Post actually cared about black gun owners, they would perhaps reexamine and apologize for its decades of support for gun control, which – as Second Amendment advocates frequently point out – has undeniably racist origins. They might even look into gun control’s disproportionate impact on working class and minority communities, rather than continuing to ignore it as they provide platforms to anti-gun propaganda coming from Democrats in Congress, or from organizations like Mike Bloomberg’s “Everytown.”

Then again, the Media likely knows if they look too hard at reasons behind the increase in black gun ownership, they might accidently justify why the Second Amendment remains an essential part of the Constitution and our national culture. For example, if more blacks are purchasing firearms because they believe police are unable or unwilling to provide adequate personal protection, it suggests conservatives were right all along about the Second Amendment being necessary for personal defense (an argument the Supreme Court will soon consider in New York State Rifle & Pistol Association v. Corlett).

Although the media may be celebrating the rise of black gun ownership for all the wrong reasons, it is still a trend worth celebrating. In spite of the fear-mongering of Democrats in Congress, support for stricter gun control is dropping – in no small part because of the surge in gun ownership, particularly among first-time purchasers. Whether black gun owners armed themselves out of fear of racially motivated mass shootings like the 2015 Mother Emanuel church shooting in Charleston, or because during the 2020 riots police were not able to protect black-owned residences and businesses caught in the chaos, they join tens of millions of other gun owners who exercise their Second Amendment rights based on the same desire for protection of person and property.

As much as the media will try to drive a wedge into the Second Amendment community with cheap race-baiting, we know better than to let them pick this fight. Our unity scares them because it defies the progressive playbook of identity politics and takes away their ability to define the gun rights movement as fundamentally racist. Their loss is our gain.

This was a great article presenting the black side of gun ownership. Well worth the read! Barr opposes gun control and presents good arguments for black gun ownership.