The Second Amendment as a Natural Right of Man, Not of Government 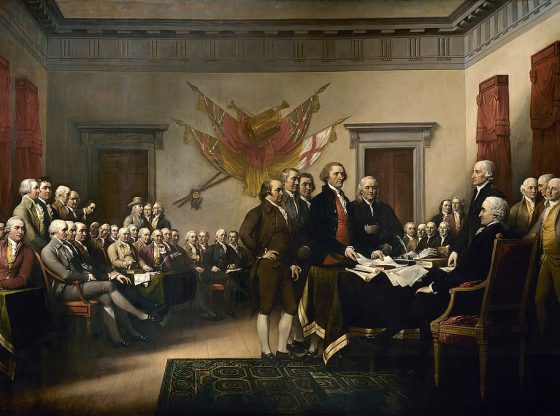 In my column last week, I argued the needs-based defense of the Second Amendment by conservatives had failed to adequately repel attacks on gun rights through the years; a situation that looks only to deteriorate with both Congress and the White House controlled by Democrats. And, with the news last week that President Joe Biden was ready to move on sweeping gun control proposals, conservatives have no time to waste in adjusting tactics.


The only lasting, effective way to defend the Second Amendment is to view it as our Founding Fathers did; not as a utilitarian concept, which it necessarily becomes when considered as a “needs-based” right, but as a God-given, natural right of all mankind. Framing the Second Amendment in this original context completely changes the playing field from that on which the debate rages today, according to which it is the responsibility of citizens to prove why they need firearms in the face of government restrictions. Instead, when considered in its proper and historic context, it is the government that should be required to show verifiable cause to justify taking firearms away. This distinction makes all the difference, and clearly undergirded the crafting of our founding documents.

John Adams, one of the brightest luminaries of America’s Founding, stated that “resistance to sudden violence, for the preservation not only of my person, my limbs, and life, but of my property, is an indisputable right of nature.” Samuel Adams then defined this “duty of self-preservation” as the “right to support and defend them in the best manner [the colonists] can.” Without question, the Founders believed self-preservation as one of man’s most sacred natural rights, and the Second Amendment was designed and purposed to ensure government does not encroach on it. For many decades following our independence, the Amendment did just that.

Tragically, the notion of government restricting citizens’ access to firearms (“gun control”) originating in the mid-19th Century as a means to disarm freed black citizens, exploded in the latter decades of the 20th Century as Democrats came to see exploiting gun violence as an effective tool for gaining political capital. Other cultural factors as well played a part in the surge of gun control legislation and regulations, such as pressure from police departments unwilling to share the burden of public safety with responsibly armed citizens, the “war on drugs” launched in the late 1960s, and the three-decades-long crime wave starting in that same decade. More recently, a spate of mass shootings, which understandably shock our sensibilities as humans, has made gun rights more vulnerable than ever.

These cultural factors have been made all the worse by society’s weakened understanding of gun rights as a fundamental natural right, which opened the door to so-called “common sense” restrictions that increasingly conditioned citizens to believe such encroachments were not just tolerable but were the responsibility of government to make in the first place. There was no way a needs-based defense of the Second Amendment could survive this changing cultural perception of gun rights, especially with the emotional manipulation of gun violence having been mastered by Democrats across all sectors of our society — in government, in the media, and in education.

Fighting these challenges is where the natural rights defense of the Second Amendment proves its worth. Not only is this defense more philosophically consistent with the origins of gun rights in America, but using it actually helps educate Americans on the Second Amendment’s origins. By reawakening citizens to their natural right of self-preservation, and reminding them the Second Amendment ensures, as Sam Adams described, that citizens can protect themselves “in the best manner” they believe, conservatives will find new allies to bolster their efforts to reject the Left’s gun control gambits, and in so doing begin to reclaim freedoms stolen from them by government over the past century.

The historic rise in gun purchases in 2020, spurred by civil unrest, COVID-19, and a threat of gun control from a potential Democrat victory in November, proves that Americans still cherish their natural right to self-preservation, even if not understanding the full constitutional underpinning for its preservation. For the sake of the future of gun rights in America, conservatives must seize the moment and channel the great Charlton Heston in asserting that Americans will only surrender this God-given right when it is pried “from their cold, dead hands.”

Firearms safety – yeah… so most killings are by mistake, right? The problem really is the criminal aspect and too many people want to defund the police. The police need to be expanded, better protected, and better armed. And the courts need to process gun crimes to the fullest extent of the law.

I agree that every handgun purchase should be made with an affidavit saying they have had some handgun safety training.

Enforcement of the laws already on the books. Deal with criminals with illegal guns

Why do so many people not understand how and why the founding fathers wrote the amendment as they did? It was placed in the bill of rights to prevent states from infringing on it.

m b
Reply to  murray

Murray, the 2nd Amendment defends the First Amendment and all of the Constitution for that matter. Those trying to infringe on 2nd Amendment rights need to be impeached, from the top down.

The Founders knew what tyranny was, and they made sure the country formed from their efforts would remain free by the Right of the American People to employ the force of weapons against tyrants and criminals. It’s ironic in the extreme to hear liberals demanding their ‘right’ to terminate the lives of unborn children, but we cannot keep and bear arms to protect ourselves, which is also a Right. No one ever said liberals are logical.

A wayward finger took my +vote from your well stated comment. Your analogy,as presented, is an excellent one. If the second goes, the country goes as well. Thank you David

The last rights you are talking about are the rights of women not all citizens .

I’m sure the framers never thought we would have such disgusting people like, democrats inside our government.

I’m sure the framers never thought we would have such disgusting people like, Catholics inside our government.

Why do you say what you say?

Oh ya ! That’s why they made a point to declare freedom of religion. Are you confusing The word Catholic with communism?

Sorry but I think they did indeed know, that is why they created the 2nd amendment. They were very far seeing, and blessed of God.

Democrats are actually altruists. They believe in the power of government to fashion their idealistic version of our cultural structure. There are two problems with this notion: Our government is not authorized to focus their attention toward specific factions; women, minorities or illegal aliens (Except the latter faction are supposed to be kept out of our country) and by the same token, our government is not authorized to expand the scope of their functions to minister to, or recognize/advantage those groups with legislative actions. Only a tyrant would take advantage of cultural issues to derive powers beyond their designated functions, as Numb Nuts (Biden) has demonstrated.

So for you there is no God?

Hmm. I was raised Catholic, and I didn’t hear about all this stuff. In fact, it was all I could do to stay awake, or find a comfortable position to park my posterior on hard wooden pews during those interminable masses.