Pistol Reclassification Looks to be ATF’s Next Gun Control Gambit 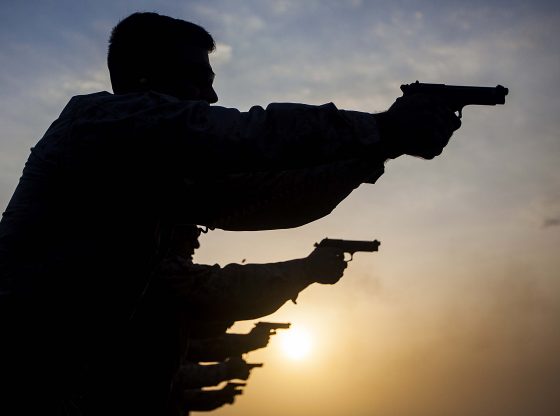 What the Biden Administration has planned for the Bureau of Alcohol, Tobacco, Firearms, and Explosives (ATF) is anyone’s guess, other than the certainty the agency’s regulatory power will continue to be used to go after legally owned firearms and ammunition.


In fact, ATF already is on the move. An official request for public comment by ATF just last December provides a road sign as to where the regulatory agency is likely to start now that it is under the command of a gun-control president. Even though pressure from House Republicans forced the ATF to withdraw its public notice at the time, it very clearly outlines the agency’s intent to reexamine the legal status of pistols that use “stabilizing braces.”

Stabilizing braces are a common feature for increasingly popular AR-style pistols that were approved by ATF nearly a decade ago. Manufacturers of the pistol accessory declared to ATF in 2012 that such devices served to facilitate one-handed shooting of pistols — an important feature for individuals unable to do so because of disabilities or other physically limiting factors.

However, in what has become a preferred modus operandi for the agency’s decision-making, it has changed its mind, claiming that the popularity of AR and AK-type pistols featuring these braces suggests the accessory no longer is being used in the “spirit” for which its original approval was sought.

If, as expected, the ATF returns to the issue now that Joe Biden occupies the White House, individuals who currently own the estimated three to four million of these pistols already deemed “lawful” by the government, would be forced to register the firearms as “short-barrel rifles” subject to registry and taxation under the National Firearms Act.

As with other regulatory about-faces by the ATF in recent years, there is no “public safety” basis for this move. Whether the handgun brace fits within the “spirit” of the original approval is irrelevant to the larger issue of whether such pistols present an identifiable and significant public safety risk – factors which could offer at least a colorable basis for the ATF decision. No such data exists, of course, other than a single incident in which an AR-style pistol was used in the 2019 mass shooting outside a Dayton, Ohio bar; hardly a scientific basis for declaring a lawful device to be a public menace.

The ATF claims it would review firearm samples on a case-by-case basis, and consider factors such as caliber, length, weight, and whether the firearms use other accessories that suggest it is to be fired from the shoulder rather than anchored to an arm when determining whether reclassification is warranted. Still, the ATF offers no further commentary on why all of a sudden it wants to reexamine pistol braces, other than it apparently feels such accessories may be skirting NFA regulations on short-barrel rifles.

Questioning whether feelings provide a proper basis on which to limit the exercise of an individual’s Second Amendment rights, is something all Americans who care about the Bill of Rights should be doing. Unfortunately, even Republican administrations have failed to do so, and in so doing have set precedents for what this Democrat administration is contemplating.

For example, the ATF, at the urging of then-Attorney General Jeff Sessions and his immediate successor, Acting Attorney General Matthew Whitaker, employed a similar lack of factual basis or common sense when it changed its mind and made bump stocks unlawful in 2019.

From a practical perspective, long-barreled pistols are more difficult to carry inconspicuously, and they lack the effective range of standard-length barreled rifles. Additionally, there is no functional difference between these firearms and any other firearm capable of accepting detachable magazines, such as would make them any more appealing for criminal activity.

In fact, what makes these types of guns less appealing to would-be criminals makes them more appealing for concerned homeowners looking for a firearm more stable than a traditional pistol, but more agile in hallways and furnished interiors than a standard rifle or shotgun. It is these law-abiding citizens, not criminals, who would be punished if ATF proceeds with its wrongheaded plans.

In the past, neither reason nor logic has provided consistent bases for many of ATF’s regulatory edicts, and considering the deep anti-Second Amendment bias of both President Biden and Vice President Harris, this gun control gambit is certain to be one of the first of many regulatory attacks on lawful gun owners and manufacturers.

Look up the definition of “uninfringed”. Anything else is UN-Constitutional and therefore an illegal law.

I don’t have one of these things, never thought I needed it. I suddenly feel like I have to have one!

I did not think I need on either but it is now my weapon of choice! Lighter in weight without much loss of stopping power. Very easy to handle. The 9mm version is probably the best home protection option out there.

Jack-booted thugs as Wayne LaPierre called them. I completely agree with that assessment.