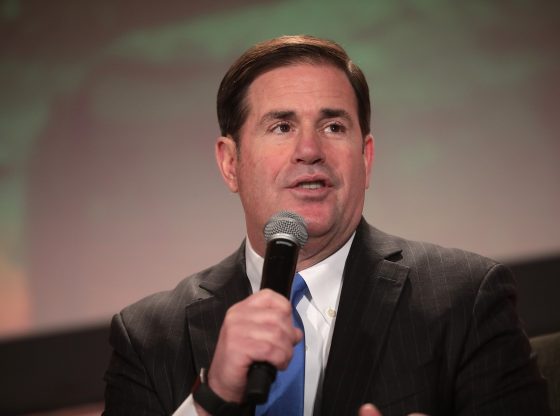 GOP Governor Doug Ducey of Arizona just signed into law a bill that will protect all state residents preemptively from any and all new federal gun regulations issued by the Biden Administration.

The bill was signed two days before Biden’s new executive orders, issued Thursday, which attempt to stop ‘ghost guns’ among other measures.

The Second Amendment Freedom Act was signed two days before President Biden announced several executive actions, including asking the Justice Department to propose a rule to stop “ghost guns,” which are “kits” people can buy legally, then assemble to create a functioning firearm without a serial number.

“That was a proactive law for what is possible to come out of the Biden administration,” Ducey told KTAR-FM radio in Glendale, Ariz., on Wednesday, adding the bill doesn’t change any current laws.

State Rep. Leo Biasiucci, a Republican who sponsored the bill, said, “If the federal government does anything that tries to infringe on our Second Amendment in the state of Arizona, we’re not going to comply,” FOX 10 in Phoenix reported.

He added that he was elected to “protect our Constitution,” saying the Biden administration wanted to “ban AR-15s, high-capacity magazines, and we don’t think that’s right. Our Arizona gun laws are strong and we believe that law-abiding gun owners have the right to bear arms.”

Proud to announce that Arizona citizens now have an extra layer of protection regarding the 2nd amendment. My bill, HB2111, was signed by @dougducey yesterday! 🇺🇸🗽🇺🇸 pic.twitter.com/et87HvysaS

Great move. But it’s also up to we the people

Does this mean we’ll all have to move to Arizona if we desire to keep our Bill of Rights intact? There’s no need to supplement our Civil Rights in such a manner. We merely have to remind Numb Nuts–along with several other commissars entrenched within Congress–that he swore an oath to support and defend our Constitution. If his memory is failing that significantly (Due in part to Hairy Leg Syndrome…) then he should be relieved from his post.

Hitler was CATHOLIC. Did Hitler protect the Constitution of Germany? Biden is CATHOLIC. Same same.