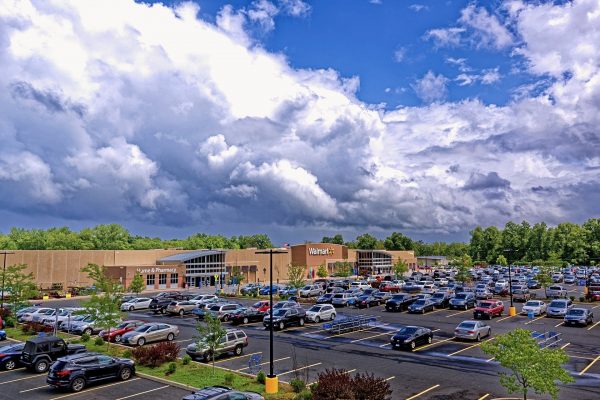 Retail giant Walmart has announced that it is pulling firearm and ammunition displays from its stores four days ahead of Election Day, with its executives reportedly concerned about the possibility of civil unrest.

“We have seen some isolated civil unrest and as we have done on several occasions over the last few years, we have moved our firearms and ammunition off the sales floor as a precaution for the safety of our associates and customers,” a Walmart spokesman told The Wall Street Journal.

The retail chain sent a letter on Wednesday to store managers at its 4,700 U.S. stores telling them to pull guns and ammo from store displays “due to the current unrest in isolated areas of the country and out of an abundance of caution.” The products are still available for purchase upon request, according to WSJ.

Walmart has emptied out its firearm displays numerous times in the past, citing similar issues.

Renewed rioting broke out in Philadelphia on Monday and has continued throughout the week after police fatally shot Walter Wallace Jr., a black man who was allegedly threatening officers with a knife. Numerous stores have been busted into and looted and dozens of police officers have been injured trying to contain and stop the violence.

Besides Philadelphia, violent incidents have repeatedly taken place since the summer in Democratic strongholds like Minneapolis, Portland, Seattle, Louisville, and Atlanta.

Report: The BLM Agenda Is Not What It Seems
Blocking China in Arctic – U.S. Tightens Ties With Greenland

They will come busy up your stores regardless. Hire yourself some well armed well trained riot personnel and game over. These thugs are brave cause you roll over with no defense. Wise Up ‼️

Expected in the SHITHOLE Dem cities, but insulting in the working class suburbs. I stopped at Walmart last night Mt. Pleasant saw ZERO/long guns of ANY type or caliber along with ZERO ammo including shotgun ammo AND no reloading supplies, WTF ! I asked the three guys standing there (workers) where the guns and ammo were, It was as if I was BOTHERING them, all I got was an ARROGANT “why do you want to know” ???”We had to put them a way for a while”.
Yeah, THAT was my last trip to the Walmart sporting goods …

I would say the Walmart is a little bit late on this decision? Most of the weapons and ammo have already been purchased sometime ago!! Good move Walmart,you’re only alienating more of your customer’s!!