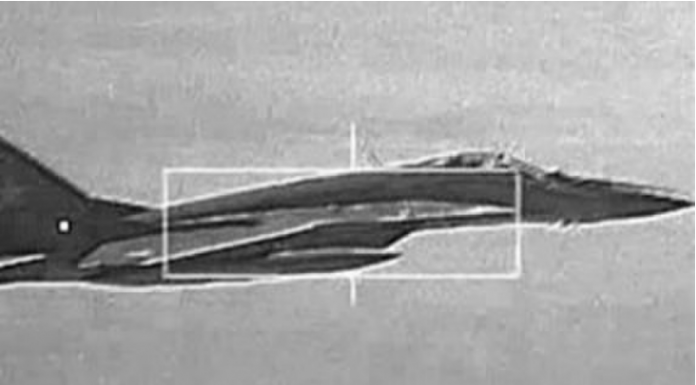 As I wrote earlier, a UN report in early May confirmed the Wagner Group’s presence in Libya, noting they were acting as artillery and air observers, as well as “providing electronic countermeasures expertise and deploying as sniper teams”. The UN report also included details such as the deployment of snipers and other specialized combat units.

Moscow steadfastly denies it uses private military contractors (PMCs) in conflicts abroad, claiming these mercenary groups do not represent the Russian government. However, most observers understand Wagner is an instrument of Russian military intelligence (GRU) and the Ministry of Defense.

It is also clear this latest aircraft deployment is part of Russia’s expanding ‘hybrid warfare’ footprint in Africa using its ostensibly “private” PMC – Wagner Group – to do much of the Kremlin’s bidding.

In this case, according to AFRICOM, Russia is disguising their aircraft to allow them plausible deniability and maintain the charade that they are not Russian military. As U.S. Army General Stephen Townsend, AFRICOM commander stated, according to Global Security:

Russia is clearly trying to tip the scales in its favor in Libya. Just like I saw them doing in Syria, they are expanding their military footprint in Africa using government-supported mercenary groups like Wagner. For too long, Russia has denied the full extent of its involvement in the ongoing Libyan conflict. Well, there is no denying it now. We watched as Russia flew fourth generation jet fighters to Libya — every step of the way. Neither the LNA nor private military companies can arm, operate and sustain these fighters without state support — support they are getting from Russia.

As noted by The Drive, AFRICOM tweeted additional details describing the shadowy movement of these Russian military aircraft to Libya:

Over multiple days in May, Russian MiG 29s and SU-24 fighters departed Russia. At that time, all the aircraft have Russian Federation Air Force markings,” one of the Tweets reads. “After they land at Khmeimin Air Base in Syria, the MiG 29s are repainted and emerge with no national markings.

They are flown by Russian military members & escorted by Russian fighters based in Syria to Libya, landing in Eastern Libya near Tobruk for fuel,” another Tweet continues. “At least 14 newly unmarked Russian aircraft are then delivered to Al Jufra Air Base in Libya.

The deployment of fourth generation fighter jets to Libya to back the Wagner Group seems to show Russian Ministry of Defense has learned its lesson regarding Wagner Group’s lack of air support or anti-air capabilities. The mostly infantry force “was routed by U.S. forces” – and their strike aircraft –  in a firefight in Syria near a Conoco gas plant in 2018.

And, if the U.S. and NATO do nothing to counter the Russian presence in the Mediterranean, that day may come sooner than expected.

READ NEXT: Trump Backs Turkey to Counter Russia and Iran in Syria >>

President Trump needs a better response to the “Russian Bounties’ issue. In a recent piece, I noted that the media was creating a firestorm...
Read more
Foreign Affairs

Facing an increasingly belligerent China on its doorstep, strong US ally, Australia, is embarking on a major military buildup to counter the Chinese threat....
Read more