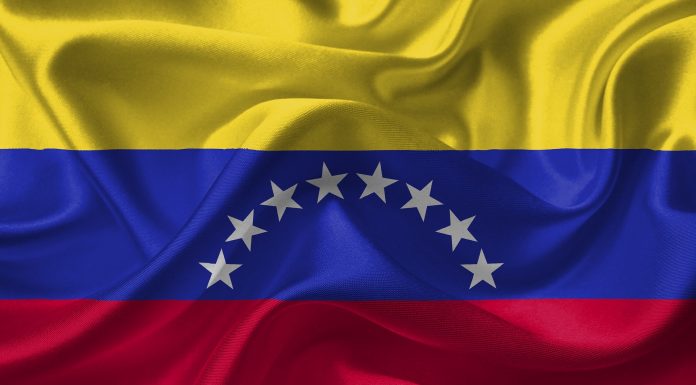 The recent failed rogue paramilitary operation against Venezuela’s own rogue leader, Nicolas Maduro, should shed more light on the role Cuban intelligence plays in running Venezuela. The failed plot was reportedly infiltrated by Maduro security agents, which means it was more likely penetrated by Cuba’s Directorate of Intelligence (DI), which in fact controls the security services in Caracas. But Cuba’s control of Venezuela runs much deeper than just security. (RELATED: Amateur Venezuela ‘Coup Raid’ Riddled with Idiotic Mistakes)

As noted in the book, Cubazuela, Chronicle of a Cuban Intervention, the Cuban regime controls Venezuela through a network of “consultancies, exchanges, and the provision of various services,” not limited to the military, and intelligence apparatus. This is what Cubans call “The Mission of Cuba in Venezuela.”

The Cuban advisors in these diverse groups have two functions, one is to “Cubanize” the Venezuelan institutions they are advising, and secondly serve as eyes and ears for Cuban intelligence on those they are “advising.”

Venezuela is Cuba’s lifeline, providing desperately needed oil and other subsidies to the decrepit and failing Cuban regime. Maintaining Maduro in power in Venezuela is key to the survival of the communist regime in Havana.

As such, despite the universal control exerted by Cuba, the role of Cuban intelligence running Venezuela’s security services is the most critical to Havana. The takeover of the Bolivarian National Armed Forces (FANB) by Cubans, initially under Venezuelan leader Hugo Chavez, has been denounced by several Venezuelan defectors and dissidents, such as General Antonio Rivero.

Cuba manages these Venezuelan security and intelligence services via the in-country Cuban Cooperation and Intelligence Group (GRUCE). This organization, directed from Havana, includes high ranking officers from Cuba’s Revolutionary Armed Forces (FAR) and Ministry of Interior (MININT). Its sole mission is to ensure the Maduro regime’s survival against all enemies – foreign and internal.

In the case of this most recent failed plot against Maduro, we can assume Cuban intelligence either penetrated the group early on in Venezuela or also in the U.S. via many of its agents spread throughout South Florida’s Cuban and Venezuelan exile communities. Infiltrating these communities has been the highest priority for Cuban intelligence since the 1960s.

The U.S. government’s arrests of Cuban spies in Miami, including the infamous Wasp Network in 1998, confirms that Cuba’s DI has been somewhat successful in these efforts.

Cuban intelligence penetration of this ‘coup’ plot virtually guaranteed its failure. But we should also not discount the possibility that this plot was encouraged, or pushed along indirectly, by Cuba, knowing that it would fail. Not many things work in Communist Cuba, but Cuban intelligence is one of them. It was trained by the best of the Soviet bloc.

From the 1960s through the 1980s, Cuba smartly took advice and training from each of the East bloc’s intelligence services, such as the East German Stasi, and Soviet KGB, thus getting the best each service could provide.

This has made Cuba’s DI a force even the CIA has had trouble dealing with. Ultimately, to get rid of the illegitimate Maduro, the U.S. must first neutralize Cuba’s vast intelligence operation in Caracas, and maybe in Miami too.

Amidst increasing tensions and conflicts within and throughout the Gulf, the six Arab members of the Gulf Cooperation Council (GCC) just displayed rare unity...
Read more
Foreign Affairs

Japanese military forces are preparing for a naval confrontation with up to 100 Chinese fishing vessels swarming around the Japanese Senkaku Islands in the...
Read more
Foreign Affairs

Mystery Seeds Solved, This Is What China Sent to the U.S.

Americans in all fifty states have been receiving unsolicited packets of mystery seeds from China this summer.  U.S. residents in every state were sent packages...
Read more

SAFE STAY AT HOME & WORK AT HOME…..Last month i have made and received $93,826 by working online from homein my part time.I am a student and was doing this in my free time for 3 to 4 hrs a day using my laptop.Very simple and easy to do work and regular earning from this are just awesome. Now every person can get this and start making money online by following steps on this website…for more info visit any tab this site Thanks a lot…..Read MoRe

We appear to be going to fail Venezuela the same way JFK failed Cuba. What is wrong with our government? Oh, that is right. FULL OF SWAMP CREATURES who are liberal communist sympathizers.

Wyatt
Reply to  A. D Roberts

Bingo ! You hit the nail on the head . Swamp creatures hiding under the guise of Democrats . Even old Bernie hides calling himself a Socialist and then we have the new comers , AOC (a Che Gruvara worshipers) Tlieb , Omar and Pressly who are in some ways more overt in their Communist support than the old guard Democrats . JFK must be spinning in his tomb at the present Party of the Democrat .

Michael Brigham - August 11, 2020 1
RINO alert! You've probably heard of the Lincoln Project. A cadre of failed GOP operatives who pride themselves on being never-Trumpers (aka Democrats). They plot to...