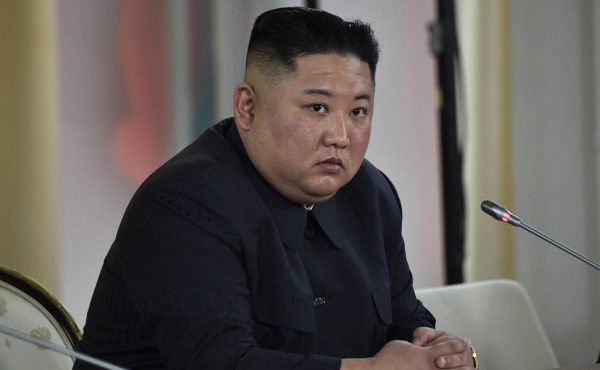 At the parade it was shown on a massive 11-axle mobile transporter-erector-launcher (TEL), making it one of the world’s largest road-mobile, liquid-fueled missiles.

But can this monster missile survive long enough to launch its deadly payload?

The new missile follows on the Hwasong-14 and 15 rockets, which were both tested in 2017. The Hwasong-15 could already theoretically reach most targets in the continental United States, so many are asking why did Kim build this missile?

As I noted earlier, the most probable answer is that the much larger new Hwasong-16 can carry a much larger payload and “throw more weight” such as multiple warheads to make it more effective and more likely to penetrate any limited U.S. missile defenses.

But, as Business Insider notes, “these improved capabilities only really matter if it survives long enough for the North Koreans to get it in the air,” adding, “If you are trying to build a survivable road-mobile ICBM force, then solid-propellant missiles are definitely the preferred choice, as both Russia and China have demonstrated in the development of their respective arsenals.”

This was a major issue for the Soviet mobile nuclear missiles hidden in Cuba during the 1962 Cuban Missile Crisis. Bringing them out of their caves to fuel and fire, would have made them highly vulnerable to U.S. preemptive strike.

As Ankit Panda, the Stanton senior fellow in the Nuclear Policy Program at the Carnegie Endowment for International Peace, told Insider, Liquid-fueled “missiles use hypergolic propellants that explode spontaneously if the oxidizer and fuel make contact,” so they are generally not fueled until after they are erected and preparing to launch.

This is a dangerous, complex, and time-consuming process that could take hours. It also creates a huge window for the U.S. to preemptively strike and take them out.

Panda added that with solid-fueled missiles, “you do not have to pre-fuel the missiles before you use them. You don’t generate a bunch of satellite signatures by having support assets. Overall, it’s just much safer to operate,”

However, the fact that they built it, might mean they are developing risky tactics to employ and launch them. One more survivable, but much riskier, deployment option could be — “horizontal fueling with a rollout-to-launch model,” notes Insider, similar to the model used by China for its older DF-4 mobile ICBMs.

While far less safe, this would allow the North Koreans to fuel them while hidden, then bring them out into a launch site to fire, saving considerable time, but taking major risks with accidents.

It is unclear whether this new missile has the capability to be horizontally fueled, but it remains a possibility. This new missile is creating as many questions as answers for U.S. defense planners.

The next question is, will Kim violate international sanctions, and test the new weapon? I see that more likely under a potential Joe Biden administration, than another Donald Trump term, but time will tell.

I still believe it’s one big piece of paper mache and tin foil.