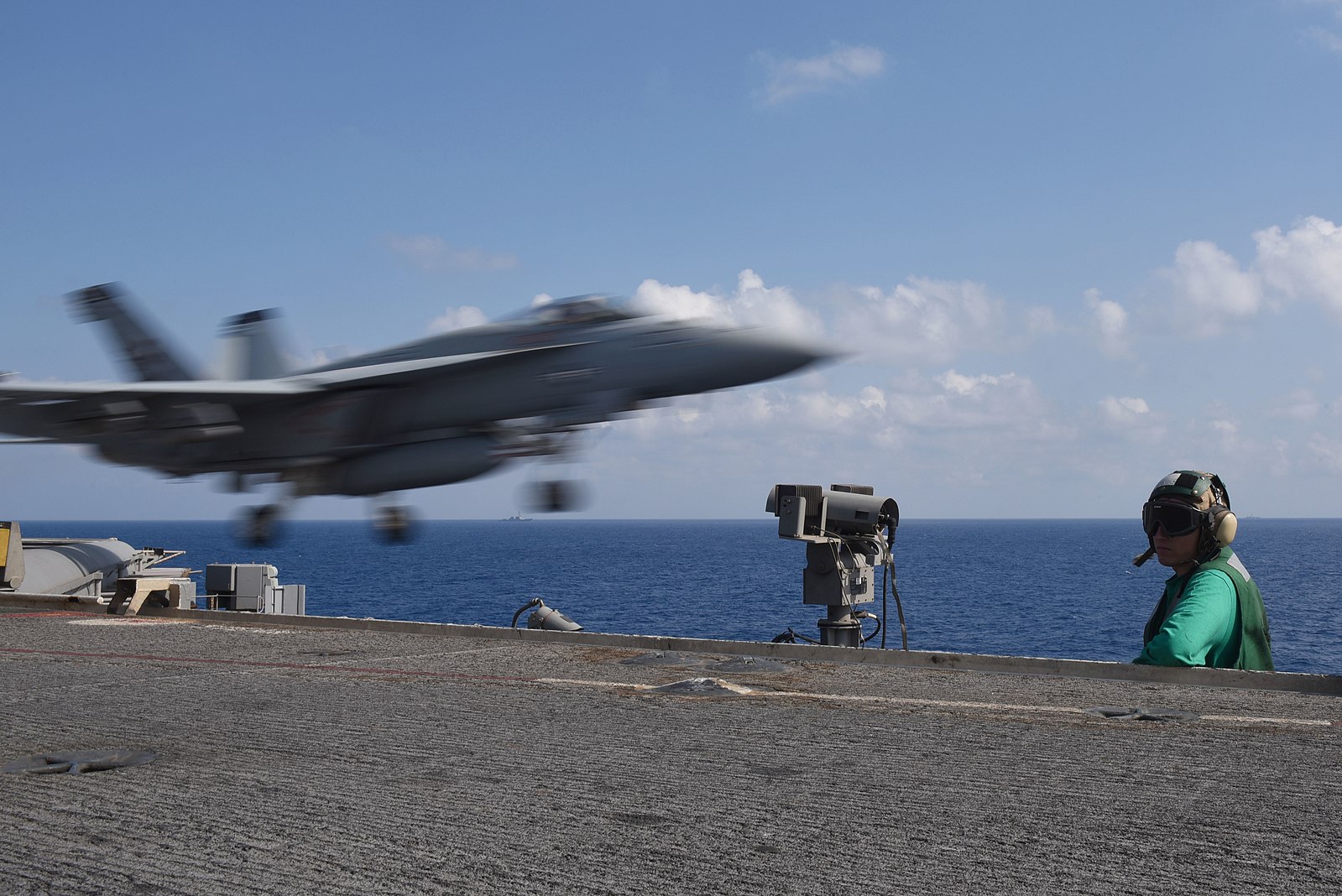 As communist China conducts multiple military drills and other hostile moves against democratic Taiwan, the Trump administration is ramping up U.S. support for its beleaguered island ally of 24 million. In the immediate wake of second transit by a U.S. warship through the Taiwan straits on Sunday, Trump’s national security team publicly declassified commitments made to Taiwan during the Reagan administration.

Reagan’s Six Assurances describe how U.S. arms sales and diplomatic support to Taipei will move forward regardless of any pressure from Beijing. Those commitments also included pledges that the U.S. wouldn’t alter its view on Taiwan’s sovereignty, and it would not set a date for ending arms sales.

The remaining four points are that the U.S.:

The Reagan-era diplomatic cables “underscored Washington’s commitment to Taiwan’s future being determined free of coercion from China,” writes Bloomberg. “The reveal of the Six Assurances, the Taiwan Strait sailings, US arms sales, the recent visit of a US Cabinet secretary — the highest-ranked US government official to step foot in Taipei in decades — are very visible and deliberate shows of support for the island,” noted CNN.

The message now? U.S. policy toward Taiwan today still follows the commitments made by President Reagan in the early 1980s and Beijing needs to know that increased belligerence or a military buildup by China will only provoke increased US arms sales to Taipei.

The declassified cables were released Monday on the website of the American Institute in Taiwan, the de facto U.S. embassy in Taipei. In a statement on its website, the Institute stated:

The cable explains that the U.S. willingness to reduce its arms sales to Taiwan is conditioned upon the continued commitment of the PRC to a peaceful solution of cross-Strait differences. Further, if the PRC were to become more hostile, then the United States would increase arms sales to Taiwan.

The Institute’s statement concludes by noting that Reagan’s “Six Assurances” have been a foundational element in U.S. policy towards Taiwan and the PRC, and the cable ends by offering “this final assurance: U.S. arms sales to Taiwan will continue.”

“Relying on the so-called ‘Six Assurances’ by the United States to seek ‘Taiwan independence’ will only lead to self-inflicted disasters,” said a spokesperson for the Taiwan Affairs Office of the State Council in Beijing, added CNN.

Short of explicitly declaring that the U.S. will defend Taiwan against a Chinese attack, Trump’s message is the strongest ever made in public U.S. support for Taiwan in over 40 years.

my folks were in Taiwan then when Carter broke ties in 1979, bad event that night & here we are Today 2020.

You’re folks are not Chinese, so what does it matter to you? By the way I get paid over $100 an hour.

So that means you swallow on the first date or what. Who gives a crap about how much money you make anyaway

what do anybody expect out of Cater he is a idiot he had the Navy ships sailing around with hardly any ammo for there big guns I was working up in Columbus Ga. on Benning Dr..and had people coming in complaining that they were on guard duty without bullets how do you protect something with out ammo it was also the same way at the bank on base that man is a moron

what would you expect from carter the second worst president of my lifetime!

Yes, I remember. Disgusting. Taiwan, Taipei, Formosa — whatever name. They fourght the ChiCom early on and we supported them. Carter’s action was Chicken-$hit. Glad to see Presidnet Trump standing strong.

The Island of Palau has invited the USA to build military bases on their islands. The islands are just 930 miles east of the Philippines. The US is currently building a Radar site there. A few missile sites would be great too.

Yah that would be great. We can keep pretending it’s 1955.

Sorta like you pretending it’s 1855 and China is just a backward agricultural third world country.

China has not done us any favors. The last thing they sent us was Covid.

And Drumpkof still hasn’t figure out to lob that one back. Just let it blow up in all of our faces. Nice work, idiot!

Hey, congrats on being the biggest loser commenting on this site. I just can’t understand how losers like you think. Rioting, looting, pooping and peeing like animals on city streets all while calling us conservatives racist BUT you people are the ones dividing people by race. What’s even funnier is most of you idiots aren’t even registered to vote. You people really do need mental health.

Looking in the mirror again I see, talk about IDIOTS, YOU take the cake!

Yep, Without our help China would be part of Japan since WWII. See how they thank us for that.