Why Turkey and Russia Could Go to War Over Syria 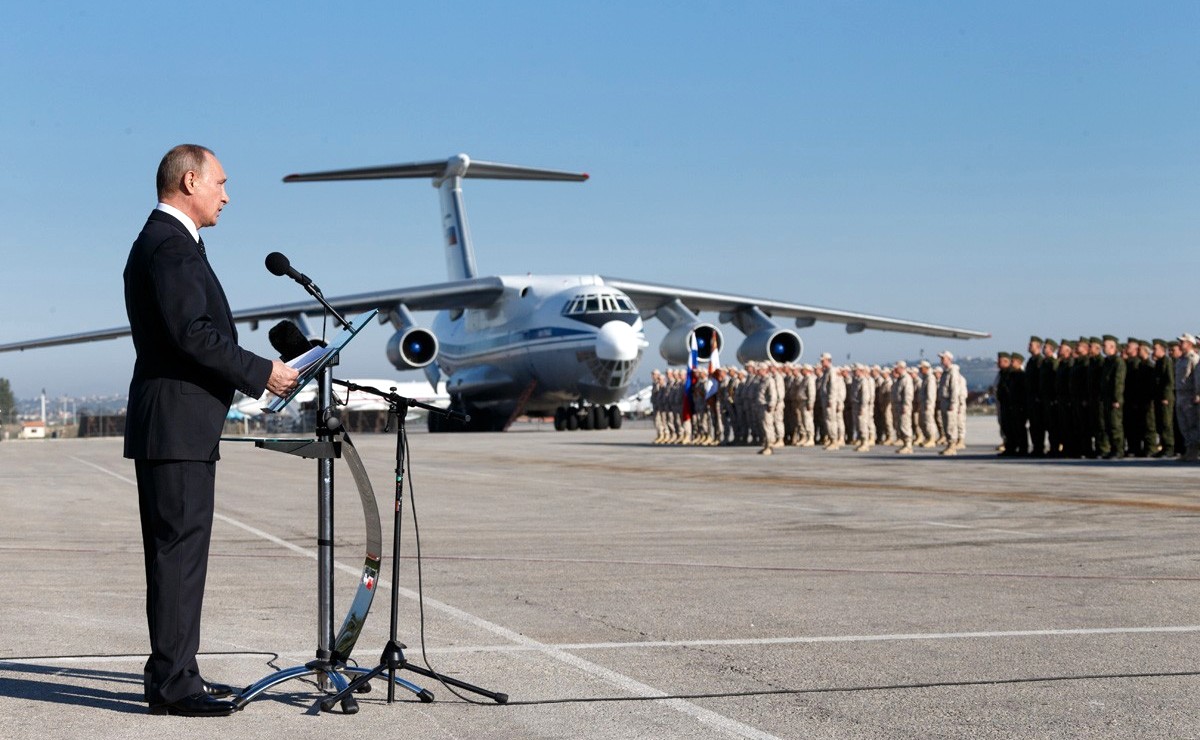 Editors Note: American Action News has launched new mobile and desktop websites to optimize the user experience. We hope you find it as intuitive and aesthetically pleasing as we do. Our commitment remains to provide you with relevant, insightful, and easily accessible content.


We look forward to continuing to serve you.

The recent military clashes between Russian and Turkish forces in Syria are increasing the chances of war. Despite Turkey’s warming ties with Russia, Syria could prove to a deal-breaker in that relationship and could even lead to open conflict between the two countries.

As noted by The National Interest, Turkey’s President Erdogan and Russia’s Putin make natural allies. Each seeks to forge a larger role for his country at the expense of Washington’s global power and authority. They are also both autocrats with carefully cultivated political personas that show them as strongmen.

Erdogan and Putin are exploiting opportunities to advance their own objectives in the Middle East. They also share an antipathy towards the West. Ankara’s recent decision to purchase Russian S-400 air defense systems cemented its relationship with Moscow and effectively sacrificed its relations with Washington and its NATO allies.

But according to Connor Dilleen, the Russian–Turkish confrontation in Syria is showing the limits of cooperation between Moscow and Ankara. Both Erdogan and Putin have invested heavily in pursuing contrary outcomes in the Syrian civil war, and neither can afford to blink.

Ankara still seeks the overthrow of the regime of President Bashar al-Assad and has committed heavily to supporting the last rebel strongholds in northern Syria. It also hopes to secure Turkey’s border against Syrian refugees and combat Kurdish militia groups in the region.

Erdogan is committed to demonstrating that Turkey can enforce its will across the region, and failure in Idlib would be a blow to his ego and personal prestige. A recent report indicates that Turkey has committed around 15,000 soldiers at an ever-increasing cost.

Meanwhile, as Dilleen explains in The National Interest, Putin has made Syria central to his plan to supplant Washington as the key mediator in Middle East conflicts. Russia has deployed significant military resources to Syria to prop up the Assad regime, including 63,000 Russian troops rotated through Syria between 2015 and 2018, with 116 soldiers (plus 100 Russian Wagner Group private military contractors) confirmed killed so far.

A failure by Putin to help Assad reassert Damascus’s control over Idlib would seriously undermine Russia’s credibility in the region. These conflicting strategic goals ensure continued tensions between Russia and Turkey in Syria, which, if not managed carefully, could lead to a broader war.

STAY OUT ! It’s not our fight! If our enemies want to kill each other, let them!

That is a fact, this country has been bled dry trying to stick it nose in others wars, let them kill off each other and then we can just go in and pick up the pieces.

PLEASE STAY OUT OF OTHER PEOPLES WARS. ISN’T STUPID CONGRESS ENOUGH OF A HEADACHE? OUR CONGRESS HAS REPRESENTATIVES SO IMMATURE IF WE HAVE A WAR THESE IDIOTS WHO NEVER STOP FIGHTING THE PRESIDENT AND THE PEOPLE THEY REPRESENT WILL KILL AMERICA BEFORE IT EVEN GETS OFF THE GROUND. TRUE AMERICANS KNOW WHAT DUMMIES REPRESENT OUR COUNTRY. WE NO LONGER HAVE FAITH IN THEIR CHOICE..PLEASE..DON’T GIVE THEM MORE TO DESTROY AMERICA..WE LOOK STUPID ENOUGH NOW. THEY CANNOT HANDLE CONGRESS,,HOW CAN WE EXPECT THEM TO AGREE ABOUT ANYTHING ANY MORE.