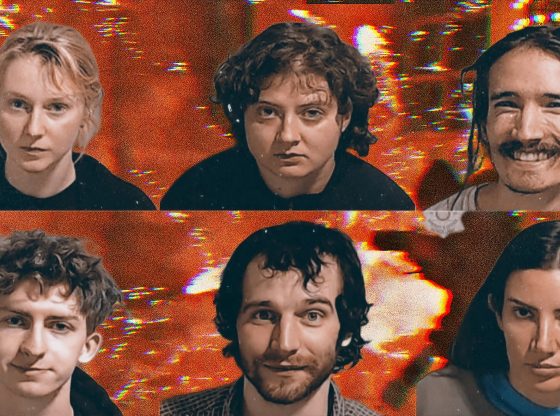 Following the killing of environmental activist Manuel Esteban Paez Teran, 26, who was shot by police in Atlanta, Georgia, Atlanta Police officers had to deal with a night of ANTIFA rioters smashing windows and setting cars on fire.

Teran is alleged to have shot at police officers while defending a forest from “Cop City,” which is a police training center near Atlanta. Members of his environmental conservation community are alleging that the Atlanta police officer suffered a gunshot from friendly fire, and Teran had not fired a shot. However, there is no indication that an officer was shot by friendly fire at this time.


Following a police officer getting shot in the abdomen, Teran was believed to have fired the shot at the police officer. Teran would be shot and killed by a police officer, and his death created a wave of protests throughout a handful of cities, most notably in Atlanta, where seven rioters would go on to be arrested.

“Atlanta is safe and our police officers have resolved the disruptions downtown from earlier in the evening,”  adding, “The City of Atlanta and the Atlanta Police Department will continue to protect the right to peaceful protest. We will not tolerate violence or property destruction.”

Atlanta Mayor Andre Dickens would announce that some of the ANTIFA domestic terrorists also were carrying explosives.

You heard that correctly, “explosives” pic.twitter.com/9Az91qHvZT

FOX 5 Atlanta, also reported that the Rioters in Atlanta set off fireworks and threw rocks at the Atlanta Police Foundation on Saturday during the night of the riots.

Of course, this isn’t 2020 anymore, and Democrats aren’t attempting to keep race riots active in an attempt to influence the Presidental election, so, politicians actually spoke about the situation clearly. While in 2020, police officers didn’t attempt to stop BLM or ANTIFA rioters due to the fears that they’d be accused of being another racist cop, BLM and ANTIFA took the opportunity to burned down multiple cities and cost billions in damages.

However, Atlanta police managed to clean up the situation this time around swiftly.

They larp by saying “I CAN’T BREATHE”

House Minority Whip Democrat Katherine M. Clark’s son was reportedly arrested during an Antifa riot in Boston, Massachusetts Saturday night. Where according to the Boston Police Department, at about 9:30 pm officers responded to a call at the Parkman Bandstand Monument located in the Boston Common area.

When authorities arrived they were greeted by an individual defacing the monument with spray paint, using phrases like ‘NO COP CITY’ and ‘ACAB,’ both of which are popular anti-police activist phrases. This comes as Antifa members were protesting the “Antifa-occupied autonomous zone” after Atlanta, Georgia Antifa member Manuel Esteban Paez Teran was shot and killed by police after he shot and injured an officer.

It appears that the child of Democrat House Minority Whip Katherine M. Clark was arrested for assaulting police as part of an #antifa event in Boston last night.

Clark would go on to tweet on Sunday, confirming that her child, who now identifs as a female, was arrested and that she was confident in the legal process.

Last night, my daughter was arrested in Boston, Massachusetts. I love Riley, and this is a very difficult time in the cycle of joy and pain in parenting.

This will be evaluated by the legal system, and I am confident in that process.

It was reported that when Clark’s child Jared ‘Riley’ Dowell, was arrested about 20 protesters circled officers in the street traffic came to a standstill and one officer was hit in the face. Dowell, however, was successfully arrested and charged with assault by means of a dangerous weapon, destruction or injury of personal property, and damage of property by graffiti/tagging.

clark should of aborted her children, then they would not have gotten in trouble, so much for good parenting.