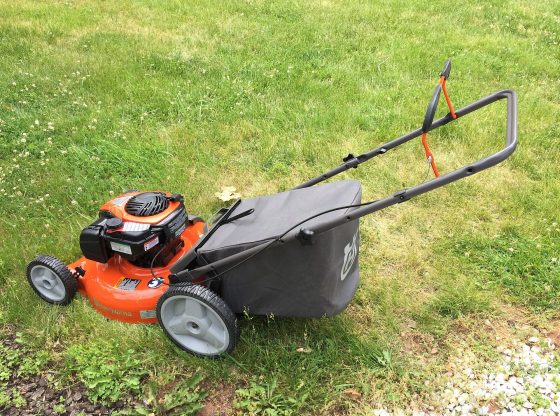 The state of California is now reportedly set to completely ban the sale of all gas powered lawnmowers and leaf blowers as well as other gas-powered lawn and generator equipment in an attempt to fight ‘climate change.’

California Gov. Gavin Newsom (D) signed a bill on Saturday that moves to ban gas-powered lawn equipment in the state — including lawn mowers and leaf blowers — in an effort to limit air pollution.

The bill directs state regulators to stop selling gas-powered equipment that has small off-road engines by Jan. 1, 2024, or once the California Air Resources Board says such a law is “feasible,” whichever date comes later.

The law also calls for new portable gas-powered generators to be zero-emission by 2028, according to the Los Angeles Times. That deadline, however, could be pushed back by the state board.

Gas-powered equipment with small off-road engines produce a similar amount of smog-causing pollution as light-duty passenger cars create in California, according to the Times, which is why lawmakers are working to curb emissions that come from those tools.

The state has reportedly put $30 million dollars toward helping gardeners switch away from gas-powered machinery.

How all the Supreme Court…

All the Key Players in…

I s’pose we’re going to pile our guns on top of those mowers. Once liberals taste blood in the Constitutional waters, they’ll crank out mandates for anything they like, and we’ll be obliged to comply with those mandates. Standing up to these power-drunk, misanthropic whiners is the only way we’ll stem the process of liberal usurpation of our rights, and confiscation of our property.

My wife and I left California to get away from the socialist and communist destroy this once great state with their loony laws. I was born and raised in Southern California during the 40ties and early 50ties when living their was great. My wife was born in Utah but grew up in Northern California. When we retired we moved to Utah. Life has been great so far. No lockdowns like the Blue States are mandating. My major gripe with Californians moving here is that they bring the same leftist mind set with them and try to turn Utah blue. I agree with your comments David. 2022 we must take back the House and Senate to stop Biden’s communist agenda as he tries to destroy our Great and Exceptional Country.

Les (my dad’s name, my son’s name…) I could not POSSIBLY agree with you more, living here (retired) in the stunning northwest Arkansas Ozarks… Folks are flocking here from liberal Marxist sewer states, and who can blame them? Just don’t turn your refuge into the same thing from which you fled. You will NOT be embraced by those of us who preceded you here!!

If th’ lib-TARD doesn’t like it, then he/she/IT needs to find himself/herself or ITself another state to infest…

Let’s start calling a spade a spade. Commies are RED, true Americans are BLUE. These leftists have even hijacked our American identification with their Ministry of Truth, the popular media, where white is black and black is white.
We must combat left-think!

Ahhh but don’t worry. Never fear, for the new machines will be powered from the farts of extinct purple unicorns, to be imported from the next dimension. Sorry, my tinfoil hat just slipped.

And if the machines do emit that sort of gas, you can name them AOC.s 🙂

What about boats too.. just sayin being on the ocean I bet there are plenty of boats. Oh and airplanes, I bet LA Airport really puts out the smog… let’s ban those too… If we leave LA alone they will shut them sleves down in a few years then we can take over and make it right… just sit and watch

His Excellency Dictator Goblin Nuisance needs a gas-powered roto-rooter to ream out his… …ah well, you have a good idea.

Just when you begin to think things couldn’t get more screwed up in California, that stooge in the governor’s office proves you wrong. No wonder there are so many people leaving that state.

I have a gas powered mower, when I need a new one I will by another gas one. Go screw Newsom

Let’s go Neumam (Alfred E. Newsom)! How many of you remember Alfred E Neuman from between the late 50s and early 60s?