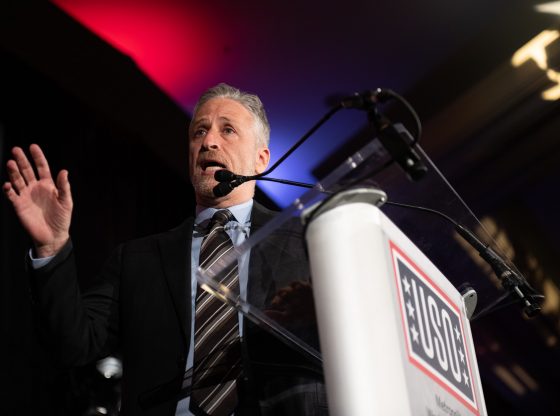 The former host of ‘The Daily Show,’ John Stewart, a comedian long known for his criticism of conservatism gave a surprising assessment of former President Trump’s chances to once again win the Presidency in 2024.

Jon Stewart says former President Trump has “a very good chance” of winning back the White House if he enters the 2024 race.

“I think he’s got it — he’s got a very good chance. And they’re smarter about it,” Stewart said Sunday during an interview with David Remnick at the 22nd annual New Yorker Festival.

“The danger of the coup — again, Jan. 6 is the TV event moment of it,” the host of “The Problem with Jon Stewart” on Apple TV+, said of the riot by Trump supporters at the Capitol earlier this year. “It’s the special that came out. And that’s what all the TV networks were focused on.”

“He’s brilliant at understanding what will drive the television narratives,” Stewart said, referring to Trump.

Stewart also went on to claim that if Trump runs again, his campaign will focus on relitigating the 2020 election.