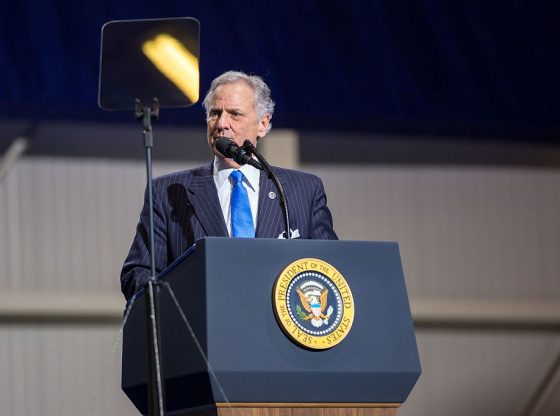 Former President Donald J. Trump said Friday he would back South Carolina GOP Gov. Henry McMaster’s bid for another term in the next election.

McMaster, the first statewide official in either party to have endorsed Trump in his successful 2016 bid for the presidency, became South Carolina’s 117th governor in January 2016 when his predecessor, potential 2024 GOP presidential candidate Nikki Haley was picked to be the United States Ambassador to the United Nations.


“Henry McMaster has been a great governor for the wonderful people of South Carolina. He is strong on the military, our vets, crime, and the Second Amendment. He has also been a fabulous chief executive for his state,” Trump said.

South Carolina’s first in the South GOP presidential primary is an important stop on the way to the Republican nomination. In 2000, George W. Bush’s victory there managed to break a late surge in Iowa and New Hampshire by Arizona Sen. John McCain that posed a serious threat to the younger Bush’s attempt to follow his father into the White House.

“Henry has my Complete and Total Endorsement as he runs for re-election!”, Trump said in a release issued just hours after McMaster announced he was scaling back emergency provisions put in place to counter the spread of COVID-19 and removing mask mandates for restaurants and government buildings.

“Now that the majority of South Carolinians are eligible to receive the vaccine, and infections and hospitalizations have dropped significantly, state agency heads may safely bring back the last group of state employees working remotely,” Gov. McMaster said.

McMaster has not yet said whether he would seek another term in office. Should he choose not to run, possible contenders for the GOP nomination include Republican U.S. Sen. Tim Scott, State Attorney General Alan Wilson, and Mick Mulvaney, a former Republican member of the U.S. House of Representatives who served in the Trump administration as director of the president’s Office of Management and Budget and Acting White House Chief of Staff.

FBI Director Calls Capitol Riot ‘Domestic Terrorism’ – But Was It?
Majority of GOP Voters Say Congressional Republicans Are ‘Out of Touch’

If Donald J. Trump endorses South Carolina GOP Gov. Henry McMaster then I will vote for him. President Trump is the only person I trust. You know why? Because he is NOT A POLITICIAN. No politician can be trusted