Toyota Comes Out AGAINST Electric Cars: “Not the solution” 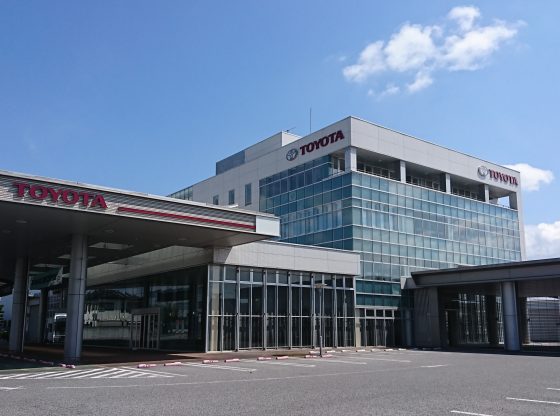 The company that made hybrid cars no longer an act of science fiction and brought them to households for affordable prices is now dialing back efforts for EV cars. When Toyota unveiled the Prius in 1997 they created the first mass-produced hybrid car, which not only broke scientific barriers, but was genuinely a scientific marvel. With batteries that lasted upwards of 100,000-150,000 miles, the 1997 Prius and the models made later are still competitive with cars released in 2022.

Having a first effort with the success of the 1997 Toyota Prius was surprising to many skeptics, however, Toyota’s reputation pointed in this direction. Toyota has a reputation of not only being reliable, but also being innovative, and that’s exactly what the 1997 Prius was.


Since then, what happened?

As ambitious as Toyota was with the original, now 25-year-old Prius, they’ve evaluated the market and the direction of the science in clean cars. While they broke ground originally with the Prius, the technology was ready for this innovation. On a wide scale in today’s world, many people and many places are not ready for EV cars. Aside from the short battery life of these cars, and the frequent replacement batteries needed for fully electric cars, there’s one other, much larger issue – the highly polluting process of mining for the metal necessary, and making the batteries.

“The fact is: a hybrid today is not green technology. The Prius hybrid runs on a pollution-emitting combustion engine found in any gas-powered car,” Katherine García, director of the Sierra Club’s Clean Transportation for All campaign, wrote in a recent blog post.

Jim Adler, founding managing director of Toyota Ventures, believes that a mix of cars and a diverse market, and that electric cars are just one part of the solution.

“In the distant future, I’m not investing assuming that battery electrics are 100% of the market. I just don’t see it,”

“It really will be a mixed market.”

Toyota executives expect different areas of the world to adopt electric vehicles at varying rates, largely based on available energy, infrastructure and raw materials needed for the batteries to power the vehicles.

Hydrogen fuel cell-powered vehicles operate much like battery-electric ones but are powered by electricity generated from hydrogen and oxygen, with water vapor as the only byproduct. They’re filled up with a nozzle almost as quickly as traditional gas and diesel vehicles.

“BEV, fuel cell, plug-in hybrids, all those reduction tools are going to happen, and they’re all important,” Hollis said.

Toyota said it is also looking into e-fuels, which officials say is a climate neutral fuel to replace gasoline in nonelectric vehicles.

Toyota is considering looking at the issue of pollution a different way – cars running similarly, but running on fuel that burns more cleanly. The goal would be to phase out gasoline, instead of phasing out internal combustion engines. Next time you get a fill-up, you’d be filling up the same way, but with a different product creating the power in your engine.

Whether you believe in … climate change or not, we can all admit we want cars that run well, and a world that remains clean. We, the consumer, don’t want to be the survey group to see if these cars actually work. Toyota already got it right on their first try once with the 1997 Prius, and according to their reputation, they likely won’t release a product onto the market if it’s not a finished product, like many EV cars could be considered to be.

Russian and Chinese Warships Spotted Near Alaska
Public Servant Dr. Fauci Had A Net Worth Increase Of 5 MILLION During The Pandemic