Disney Broke the Deal and Learned the Hard Way — Is Their Fix Too Little, Too Late? 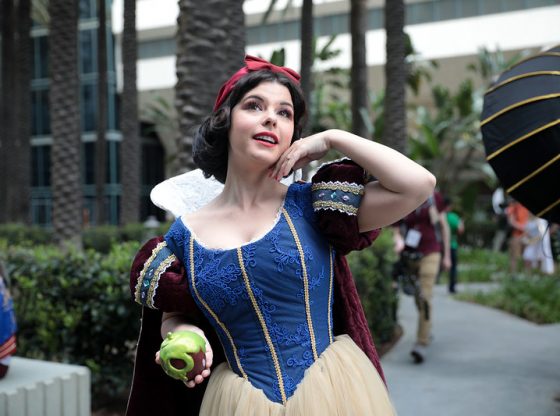 Disney decided to go woke and now it will pay the price.

After years of being in the business of providing a little bit of magic to children–and parents across the globe Disney has broken its trust with families. Families expect Disney to create wholesome entertainment for kids, not push a hidden liberal agenda. The deal was a solid one for decades, Disney creates family-friendly content, and in return families give their hard-earned cash.


For decades, we had a deal with Disney: We deliver our children’s eyeballs — and all the consumer consumption that goes with it — and Disney provides wholesome, unobjectionable content.

For decades, the deal has been simple and uncontroversial: On an individual level, consumers like me pay hundreds of dollars annually to access classic movies like Toy Story and new-age Disney+ content. On a collective level, that comes out to tens of billions of dollars per year. In return, we just get content and piece of mind—no questions asked, no side order of politics.

That’s the deal. It’s a straightforward exchange of money for (once) high-quality services.

But, then Disney went into identity politics overdrive earlier this year. I was one of many Disney customers to publicly call out Disney for breaking the deal. The company’s insistence on driving an agenda of “white privilege,” “systemic racism,” “queerness,” and the other liberal arts jargon of the day simply crossed a line.

Of course, consumers have known for years that Disney executives lean left. But the 2022 rendition of Disney—a woke behemoth that suddenly insisted on 50 percent of characters being “underrepresented” rather than focusing on quality characters or, crazy enough, consumers — broke the deal altogether.

Self-identifying “woke” warriors (CEOs included), who seemed more interested in currying favor with Hollywood rather than serving their customers in mainstream America, started taking shots at sitting governors for simply supporting free speech and opposing the brainwashing of kindergartners. They gave the green light to woke propaganda flicks like Strange World, prioritizing political pandering over content that could actually be popular on a broad scale. Now, Strange World is set to lose $100 million when it’s all said and done.

Movies like Strange World lose money because they’re not part of the deal. From parents to children, the overwhelming majority of consumers don’t want Disney to explain how bad it’s woke, quota-filling leftists think American society has become; they just want good content. Why is this so hard?

Fortunately, Disney appears to be wising up, slowly but surely. The company’s recent decision to fire Bob Chapek — the CEO who torched Disney’s bottom line as if it were an American flag — and bring back Bob Iger as CEO is a step in the right direction, and that direction is to reportedly “quiet things down” when it comes to identity politics. A longtime businessman, Iger understands that Disney needs to appeal to Americans across the sociopolitical spectrum in order to remain an iconic all-American brand name. Emphasis on “all-American,” not just a brand for “those who agree with them” Americans. This includes the 43 percent of Americans who identify as or lean Republican, in addition to tens of millions of centrist and right-leaning Americans who dislike both parties and identify as Independents.

Iger knows that currying favor with left-wing ideologues at the expense of most Americans is not a sustainable path from a branding perspective. Nor is alienating mostly apolitical Americans financially viable. As he seems to have made clear in recent days, the only viable path for Disney is to get back to the basics of their business—to restore the deal. In his words: “Do I like the company being embroiled in controversy? Of course not. It can be distracting and can have a negative impact on the company.” Iger is right, but he better hope it’s not too late.

Let’s get back to the basics: Most Americans are good-faith people. Most Republicans and Independents (and even some Democrats) are reasonable, and they don’t harbor the animus that liberal Disney executives may suspect. Consuming racist, sexist, or homophobic content isn’t what parents or children want. People in 2022 don’t purchase Disney+ subscriptions to watch The Ducktators or parrot Walt Disney’s racial stereotypes from the 1930s and 1940s.

To suggest otherwise is ridiculous. People just want the deal to be honored. When nearly 70 percent of Americans reject woke Disney content and the company sheds billions of dollars in losses, the woke corporatists are just swimming against the financial tide.

Heading into 2023, the first, second, and third priority for Bob Iger’s Disney is to fix the deal. That, and maybe make a decent Star Wars movie again.

Dan Backer is a veteran campaign counsel, having served more than 100 candidates, PACs, and political organizations, including “Ready for Ron.” He serves as of-counsel for Chalmers & Adams, a political law and litigation firm.

This opinion originally appeared in the Daily Caller.

Biden Leaves Behind Marine Veteran In Prisoner Exchange that Freed Brittney Griner
Herschel Walker Lost His Election – But Did Republicans Lose The Senate?

Too little and too late. Credibility unless and until all the WOKE pushers are pushed OUT THE DOOR. EVERYTHING THEY DO WILL REMAIN SUSPECT TIL THAT HAPPENS. Even then they will bear watching.

It’s going to take a long time to regain the trust of the American people. Too much lying and manipulating going on. There are other options for families, plus they are really overrated and expensive.

Everything liberals get their hands on turns to crap.