On This Day In History Winston Churchill Is Born 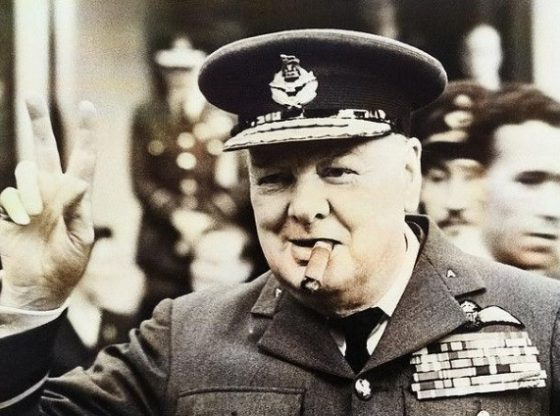 On this day back on November 30, 1874, Winston Churchill the famous statesman, soldier, and writer passed away. At the time of his death on January 24, 1965, Churchill was 90 years old. While he is most famously known to be a British figure, who was elected and served as Britain’s Prime Minister under both Queen Victoria and Queen Elizabeth II, Churchill was also half-American. He used this tie to bring the two countries together during World War II as Britain found itself seeking America’s help to fight against Germany and Hitler.

Churchill’s political future took a hard hit early on after failed leadership during WWII. After serving as the first lord of the Admiralty when the war began in 1914, he was widely blamed for many British military tumbles. He did work his way back into politics where he served as the Chancellor of the Exchequer, the British equivalent of the Secretary of the Treasury, from 1924 to 1929. All before he eventually became the prime minister.U


During the first six weeks Churchill served as Prime Minister, the Netherlands, Belgium, and France all collapsed. Even on the first day, as Churchill assumed his role Hitler launched the new mechanized blitzkrieg war machine, showing the vast importance Churchill would face as he stepped into the role.

Churchill was knighted by Queen Elizabeth II in 1953, the same year he earned the Nobel Prize in Literature for his six-volume history of World War II. And in 2002 Churchill topped the list of the Top 100 Greatest Britons of all time, joining the list with the likes of Charles Darwin, William Shakespeare, Sir Isaac Newton, Queen Elizabeth I, and John Lennon.

According to Fox News, “A crowd of about a million people lined the streets of London for his state funeral, the last in the United Kingdom before Queen Elizabeth’s death in 2022. An estimated 350 million people around the world watched the procession and ceremony on television.” This man is highly revered by Americans and Brits alike as his contribution to history are duly noted.