On Thursday the Whitehouse began notifying certain federal agencies to begin preparation for a government shutdown. Due to the fact that it looks like the current bill sent over to the senate will be voted down, a solution will not be reached in time before the September 30th deadline. However, this is not the same date that the Treasury runs out of emergency funds for principle and interest payments on its debt, which comes sometime in October.

After almost five years in the financial services industry, Joseph Brown witnessed too many people paying too much in fees for bad advice. Joseph is the founder of Heresy Financial which serves to equip people to control and protect their own wealth instead of being vulnerable to poor investments, hidden fees, and economic crises. 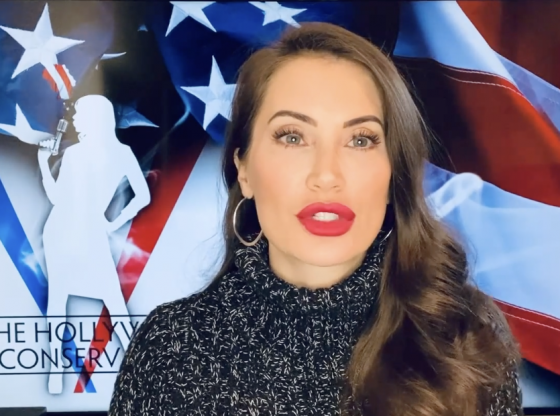 I have never in my life seen such a bunch of idiots like we have working in congress, they cannot do one thing right

No, the WHOLE Government is pretty much SCREWED. WICKED Times. Just WHO Can we Trust any more? When MO NEY is nearly Everyine’s God, there AREN’T Many that are THERE to Serve and Govern with JUST, CORRECT aspirations guiding them.

Not money. Money is durable, divisible and a store of value. Federal reserve notes don’t even come close to any of those.

Huh?! WTH are You talking about?!!

God is waiting for us to turn to Him to heal our land…as long as we trust in politicians and science…we will continue to be handed over. Is anyone praying and making changes in their lives to appease God? Everyone is falling for the scare tactics of these corrupt fools using this virus to control us.Dont follow the science..follow your faith.God is like a tagteam partner waiting for us to apply the tag.Get people to start praying for the nation and watch the dominos fall.

👍 RIGHT YOU ARE, John! THIS debauched World DOESN’T “Get It”. Without a MAJOR Revival, we will Continue to be “handed over” , as you put it. NEVER has Repentance of This nation been MORE Needed AND DEMANDED!

Wake up, there is a cleansing fire that will fall from the East to the West, cleansing this land of the innocent blood that has been shed by abortion, God is not going to heal this land…
God has been sending His warnings of the destruction of the United States since the mid-1980s, but very few have been truly seeking and listening- For this people’s heart is waxed gross, and their ears are dull of hearing, and their eyes they have closed; lest at any time they should see with their eyes and hear with their ears, and should understand with their heart, and should be converted, and I should heal them (Matthew 13:15).
Just as God knew the Israelites would fail; so too, did He know the people of these United States would fail to fulfill His desires for us.
He has even written about our failures over two thousand years ago.
The worldly protector of Israel will be done away with, never to rise to power again, and this is no scare tactic as many a fool would believe.
Sadly, surveys have revealed less than 2% of those who claim to be born-again Christians have read through the entire Bible. Proof of this can be easily seen in the divorce rate within the Christian community which mirrors that of the non-Christians community, and then there is the closing of many Christian churches throughout this nation, plus, we have all heard the acceptance of homosexuality and abortion in many Christian churches just in the past few years.
Everyone needs to get serious with their relationship with Christ Jesus because this nation is going down as nothing has seen since WW1 & 2. China, Russia, and possibly North Korea will divide the spoils, that is if there is anything left to divide.
Most likely at this point, the world will be eager to accept the New World Order, with the One World Government and the One World Religion, most likely to be the Catholic church. The Seven Year Peace Treaty will be signed, and seven short years later, the armies of the heathen nations will surround Israel’s army on the Plains of Megiddo for the greatest of all Battles, Armageddon with the hope of destroying God’s chosen people for good. I hope you know how that turns out if not, read the Book of Revelation.

globalist puppets; house and congress do everything right for their globalists .

Actually getting shut down would be a wonderful thing and great for the working people. WHO NEEDS THEM?

The problem is they always use the elderly as blackmail. They will say that social security cheques will not be delivered because of it!

The problem is much less in the Congress for once; it is in the insanity and incompetence of the Executive Branch starting with the brain-dead president and flowing downhill like sewage!

Yes, and WHO is behind THAT?! ANY “calls” ! SURE ARE NOT being made by Buffoon Ho Chi Bi Den.

Buck Fiden doesn’t even know what day it is. What the dem party did to him is just plain cruelty. He should have never been put in the position to embarrass himself and the country.

VERY True. If he wasn’t such a Nasty Sell Out, Traitorous MORON, I’d have great sympathy for him….. but he’s been a nasty, lying Smartass EVIL man….. so I feel that he’s Only getting JUST what he deserves.
He MUST be Removed, along with Most of the misguided Democrats, SOON, if we are to survive.

Yup, let’s TRY a little SHUTDOWN and just SEE WHERE THAT TAKES US.
I’ll take my chances as opposed to this absolute SHIT we’ve got goin’.

Democrats Government is going to run out of money in October and it’s all the Democrats fault.

In case you can’t read or your comprehension is lacking, it was the Republicans and McTurtle that blocked it.

You do read well, but you need to put Das Kapital aside for the new century.

Actually, the Dems REFUSE to discuss the Bills with the GOP. The Bills are FILLED with Leftist Pork!!! Do you have ANY IDEA how much a TRILLION is? And Biden’s latest bill is over 3.5 TRILLION!!

The GOP knows we cannot continue down this path so they have simply removed themselves from this mess. Look to Biden and Pelosi – turtle can’t be blamed this time.

Yes they did and thank God. I can’t wait for the collapse of the whole system. And neither can the democrats.