Lawyers Denied Entry at Poll After a Court Order 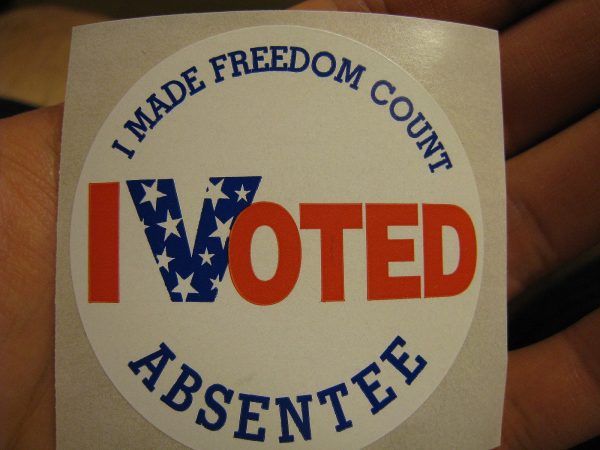 Officials denied lawyers on behalf of the Trump campaign entry to a Philadephia vote counting facility for a period today — despite the lawyers having a court order:

On paper, the Trump campaign eventually won this legal battle, allowing Republican poll watchers to observe the ballot count provided they adhere to social distancing guidelines. However, unprincipled ideologues masquerading as arbiters of democracy are doing everything in their power to violate that.

Unfortunately, according to former Florida Attorney General Pam Bondi, these bureaucrats have had success. Ballot counters reportedly erected barricades around ballot machines or pushed them to the back of the room, far from the gaze of poll watchers.

Pennsylvania is a must-win state for President Trump. He currently leads Joe Biden by 78,314 votes.

That damn mayor has something to do with this!! He;s so despirate to be right when he said “When the ballots are counted, Trump will lose” he;s willing to do whatever it takes!
Those people at the poll should be arrested. Those lawyers had court orders!

Don’t expect Philadelphia PD to do anything. Federal marshals need to be sent in.

The only thing they understand would be FORCE. And right now, we have too many LEOs including the majority of the FBI, CIA and NSA who are corrupt. What will it take? I fear it will take a revolution led by the military. Go get those senior officers that Obama fired.

Eliminate the ballots that can’t be “watched”.

……..The Mayor has no say over a court order. If the order was from a Federal judge, then the US Marshals can enforce the Order by any means necessary. Those that defy the court order can be arrested and found in contempt of a court order. The only way around that court order would by a retraction by the issuing judge, or a reversal by a higher court. If the court order is still valid, someone has to do their job. If issued by a Federal judge, a state judge has no power to stop it, they can however seek redress like any other order with the issuing judge.

What is going on—it appears they are rigging the votes—why can this be legal..

It;’s NOT!! That have to be reported to the Supreme Court.

This election needs to be declared invalid & re done with in person only with ID. Handicapped, elderly can still be accommodated. This is a nightmare like a 3rd world country. Trump is the winner, get it finished. Disgraceful & embarrassing in the eyes of the world.

I fear that we are about to see just how honest our NINE SCOTUS justices are. I have hopes that Kavanaugh, Barrett, Gorsuch, Thomas will do right. I have no hope that Breyer, Sotomeyer, or Kagan will ever do what is right for the nation or in line with the Constitution Kagan has NEVER been a judge. Alito and Roberts are a toss up. And after the ruling on ACA by Roberts, i have no confidence in him at all.
WE SHALL SEE. IF Roberts has sold out, he will have to deliver on the election rulings.
WHAT WE NEED IS TO THROW OUT THIS ELECTION IN Pennsylvania, Michigan, Virginia, Georgia, Nevada and Arizona and start again.

Alito is NOT a “toss up”. He is a solid conservative judge. If anyone is a toss up, it is Kavanugh. In regards to Roberts, he is a TRAITOR. He is NOT “conservative”. He has turned liberal long ago.

This is my feelings exactly. All election officials that have violated the law need to be put in prison for life. All you hear is I hit the rong button. They knew what they were doing.

You are so right Mary. It is embarrassing. An election can be held next week with only in person voting. The votes can be counted in 2 days. Communist countries play this game. We are better than that.