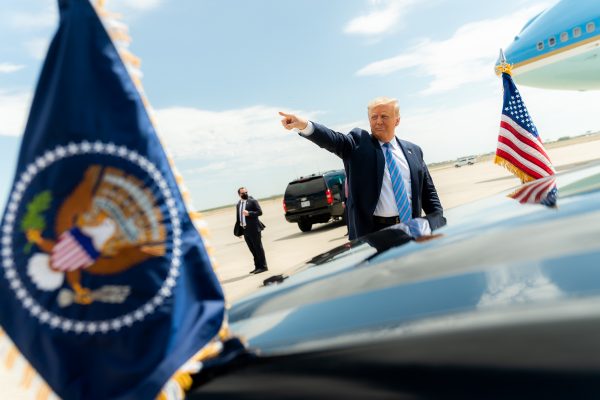 Surveys indicate that 69% of Trump supporters plan to vote in person today compared to 65% of Biden supporters who’ve already voted.

For Amanda Head, those statistics should drive home a salient point to every single Trump voter: don’t let anything deter you:

When the stakes are this high, we can’t let any single one of the deceptively mundane obstacles associated with voting dissuade us. Already, Amanda is reporting on signs that elected Democrats are trying to dampen GOP turnout.

For example, Pennsylvania Attorney General Josh Shapiro’s shenanigans should concern every believer in a transparent election process. As Amanda explains, Shapiro “has already declared a loss for Donald Trump in Pennsylvania. I hope that the Trump campaign has lawyers stationed there, but we’ve also seen that in Pennsylvania, GOP poll watchers are basically being forced to sit 100 yards away from the actual polling station.”

Make sure your vote counts, and if you see anything alarming, contact the Trump campaign hotline in your state!

🚨🚨🚨 Anyone can report issues at their polling places. Please use the numbers below to report any observed problem! pic.twitter.com/6UFEv2FWbK

We also have to brace for the possibility of a Trump defeat. The repercussions of which should motivate everyone to vote and get other Trump supporters to vote! Are you bringing anyone to the polls? As always, tell us in the comments and enjoy more content from Amanda every day at The Hollywood Conservative!

I have posted before about fearing the cheating Democrats. So many ballots have already been delivered to dumpster and other out of the way places. What else is there besides ignoring or disposing of non Democrat votes? I just hope it is not enough to out vote the Republican votes.

I would not be surprised to see Trump win all 50 states.

My son and I voted a week ago by dropping off our ballots at local police station since we did not have any polls open in the area. A law was instituted in Hawaii either earlier this year or last year calling for all mail-in voting so all ballots were sent by mail. Not sure how things are going but do not trust those working with the ballots all that much. Trusting in God much more.