Then-candidate Donald J. Trump prevailed in 2016 in no small part thanks to union members in the Rust Belt who voted Republican, many for the first time.

Now, after struggling under the North American Free Trade Agreement for a quarter-century, even the head of the ALF-CIO, Richard Trumka – a Hillary backer – is proud to endorse President Trump’s replacement plan: the United States Mexico Canada Agreement (USCMA).

Despite the political theater of impeachment, USCMA passed the House with bipartisan support on Thursday. The Senate is expected to vote on the bill after the new year.

NAFTA was written for those at the top. It enriched corporations at the expense of working families across North America, and the US is estimated to have lost as many as 800,000 jobs to Mexico between 1997 and 2013 as a result. Mexican workers toiled under poverty wages and repressive conditions, which American and Canadian corporations used to slash pay and reduce benefits for workers across the continent. This can never happen again.

When the labor movement had the chance to help renegotiate a new trade deal, we jumped at the opportunity to make a bad deal better. Working with House Speaker Nancy Pelosi, Ways and Means Committee Chairman Richard Neal and their allies on the USMCA working group, along with Sens. Sherrod Brown and Ron Wyden, we demanded a radically different approach after years of outsourcing and growing income inequality. We came to the table believing, as always, that our trade pacts should raise wages and protect labor rights—not make us poorer and more vulnerable.

We set out to win a better deal for working people, and we refused to settle for anything less.

We set the bar high because we believe trade done right can and should help the lives of working people everywhere. Through extended talks with Congress, the White House and the Mexican and Canadian governments, we continually fought for our goal. We were prepared to walk away if those standards weren’t met. From the beginning, the labor movement made clear that putting working people first was the most important test of any deal.

Trumka became the president of the 12.5 million members’ strong ALF-CIO in 2009.

Although he mentions Speaker Pelosi, Chairman Neal, and other Democrats (who were in Congress for decades and did nothing) in the above excerpt, even Trumka can’t deny the Trump administration spearheaded this effort on behalf of the American worker. 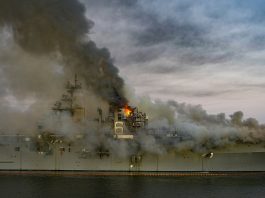 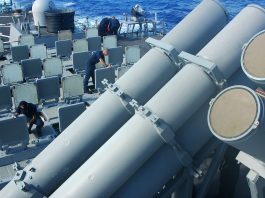 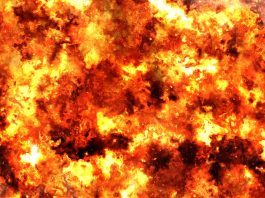 Amanda Head Explains the History Behind the French and American Revolutions