Rep. Mark Amodei (R-NV) has revealed his support for Speaker Nancy Pelosi’s formal inquiry into whether or not President Donald Trump should be impeached.

“I’m a big fan of oversight, so let’s let the committees get to work and see where it goes,” the Republican told reporters yesterday before reiterating that Congress was justified to review the matter.

Per The Nevada Independent:

Amodei issued a statement after the call underscoring his support for the process moving forward and dispelling any impression that he currently backs voting to impeach the president.

“In no way, shape, or form, did I indicate support for impeachment,” Amodei said of the call.

He added that his position mirrors that of Sen. Catherine Cortez Masto, who told  KTVN Channel 2 on Thursday that the investigation should progress before making any conclusion.

On the call, Amodei said he read the summary and whistleblower complaint concerning a phone call in July in which Trump seemed to ask Ukrainian President Volodymyr Zelensky to investigate potential political rival former Vice President Joe Biden. The call came days before Trump had held back military funding for Ukraine, which has raised concerns over whether he was using the funding as leverage. Trump has said that he acted properly.

Amodei demurred when asked if he thought at this point Trump committed impeachable offenses, but he added that he thought the president’s comments were regrettable.

Do YOU Stand With Trump or Pelosi? [Vote Now]
Advertisement 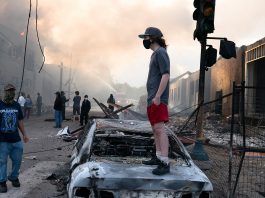 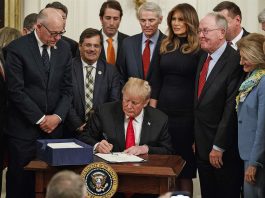 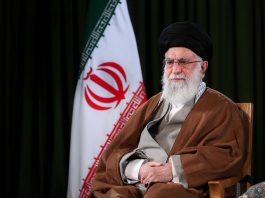