Cosmetic surgeons say prominent scars on the periphery of Joe Biden’s face are a clear sign the 76-year-old Democratic front-runner went under the knife before announcing his presidential bid.

The surgery, believed to be a facelift, gave Biden a more youthful appearance by removing excess facial skin.

Up close, large vertical scars beginning at the top of the outside of his ear canal to roughly a half inch below the lobe can be seen on both sides of the former vice president’s face. Separate horizontal scars stretch from behind his ear to his upper neck.

He described the size of Biden’s incisions as “incredible” and “fairly recent.” He said: “The scars come too far from his ear. This is very hard to correct.”

“You can see the beard hair on his ear,” Perry said. “You normally don’t have to shave that part of your ear. Joe does.” He added that Biden would have to have the procedure repeated to correct the blemishes. 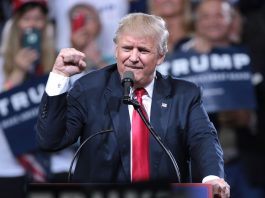 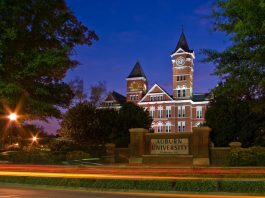 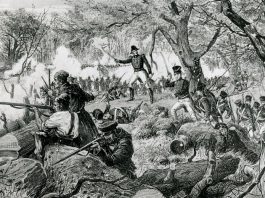 Everything about Democrats is false. They live lives of breathtaking venal duplicity, hypocrisy, and blatant criminality. The brilliant Peter Ouspensky has written that Marxist/Socialist Government is the defacto elevation of Criminality into Authoritative Power. One look at its History in the World shows this very clearly … and yet there are still those seeking it as some Nirvana.

Sadly, History also shows there is no fix for this short of a bullet.

And no, this is not a veiled threat at anyone. Just stating the obvious about mankind and the inability of humans to actually use their brains properly. Unfortunately the Democrat Party is afflicted with TDS and no one in the psychiatric Community will honestly diagnose it.

A face lift will not change anything about Biden. He is a liar, cheating phony who has stooped to the lowest level there is!!

Oh, this guy, has got to go!! Either way, he is NO Match to Donald Trump!!!! He will show, Biden, to what he is…….confused, incompetent, not fit to lead anything, much less our Great Nation, and the World??? He would not, he would only be the “Puppet” like figure! Leading/Dictating, would be, done, by the large democratic donors, and international group of gangsters……socialists/communists!
President Donald J. Trump, Must be Re-Elected, at all costs, if we are to maintain, our Constitutional Republic and Freedoms!

Old pervert Sicko joe loves those sticky fingers and well endowed 14 year old girls. They stretched his face so far not his hairy legs to his ears

I have no doubt that he had this elective surgery if that’s what those scars show. But shaving the ears? I’m a pretty hairy guy and I’ve never had a facelift (and never will), but I routinely need to shave my earlobes as well as the edges of my ears. They get too furry otherwise.

I never thought of this as uncommon for older gentlemen or even politicians.

Vote for Trump or risk loosing our country to China. Biden doesn’t have a clue.

I’m not so concerned about his face lift as I am about the brain surgery he had before. Whether that has anything to do with his stuttering and forgetfulness I don’t know. But to put him in the lead position is disaster waiting to happen. Right now somebody else is putting the words in his mouth for him to speak. And he forgets most of that. So WHO will actually be president should the democrats manage to pull it off. Does Joe immediately step down “due to illness” and let his vice take over. This is absolute destruction of this nation. I’ve been around a long time and I’ve seen a lot of bad mistakes by politicians. BUT THIS TAKES THE WHOLE “biscuit’.