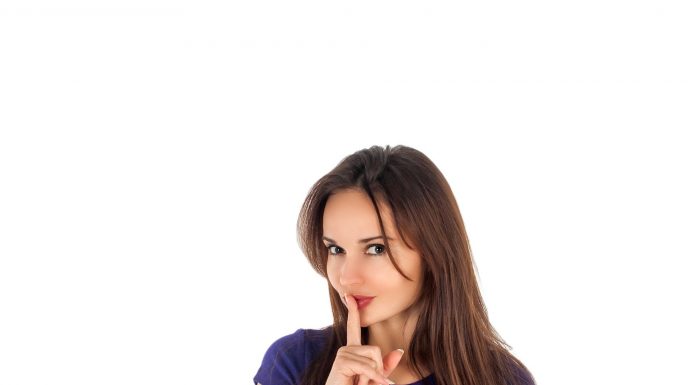 The Democrat’s nominee in New York’s 27th congressional district nearly won in 2018. Now, attorney Nate McMurray is back trying to finish the job while calling for citizens to report Trump supporters.

Far left Democratic candidate for Congress calls for people to report “support” for Trump. The same candidate said if you support Trump you are a traitor, and hence guilty of treason.

This is a dangerous chill of 1st Amendment freedoms. #1A

Mark my words he is not an outlier. pic.twitter.com/aQJjqhg1O5

The calls won’t likely resonate in the conservative Upstate New York district, especially since McMurray isn’t running against a flawed incumbent like he did the last cycle. The former congressman, Republican Chris Collins, resigned his seat in 2019 after pleading guilty to insider trading and lying to the FBI.

Yet given the political climate, some fear McMurray’s radical views aren’t as much of an outlier as we’d like to hope. What do you think? Does Nate McMurray represent the modern Democrat Party more than historical figures like Harry Truman and John F. Kennedy? Share your thoughts with us below!

Michael Brigham
Michael Brigham has written for American Action News since the summer of 2019. His areas of expertise include foreign affairs, government, and politics, but regardless of the subject matter, he has a nose and an insatiable appetite for news. In his free time, he enjoys reading nonfiction, watching a mix of comedies and true crime documentaries, and spending time away from the swamp hiking in the foothills of the Appalachian Mountains.

A decisive factor! A robust ground game alone doesn't win national elections. But in competitive races, the number and effectiveness of your field staff and...
Read more
Politics

America finds itself at a crossroads. When a veritable chasm separates the two competing views for our country's future, conservative candidates need to provide...
Read more
Politics

Everything you need to know! Primaries were held across the country last night, with grave implications for the November elections. We can finally determine who were...
Read more

Haha, “we cannot reward or tolerate ignorance, it normalizes it”. That exemplifies the lefts complete position on everything. If it weren’t for intolerance and ignorance, they wouldn’t have a thing to say.

A. D Roberts
Reply to  Rodney

The radicals follow the instructions of Saul Alinski. That is where you find a way to intimidate your opponent and then target and attack them with such ferocity that those observing are terrified of being treated the same. This is where Democracy fails. At some point in time such evil actions can only be dealt with as was done to Hitler and other tyrants of the world. These traitorous, evil people are determined to win and take COMPLETE control of our country.
this happened in 1776 and men had to fight to the death to regain their freedom.
What is our problem???
1. We turned our back on God.
2. God has allowed the wicked to gain control.
3. The solution is to repent and turn back to God As per II Chronicles 7:14.

So who does this joker think will come for us supporters because we used our first amendment freedom? I wonder how meany times he used it.

Why do you think he cares about your first amendment rights? All he needs to say is that it’s hate speech, and send your name and address to antifa, or other G S oros supported Marxist groups. When they get done burning downtown business do you really think they will just quit?
This is timed with the election with maximum point of impact in late October. I fully expect to see this escalate to physical attacks on voters right before the election.

and, hopefully, be countered by attacks from American veterans until the last of these totalitarian communists is dead or has fled to Venezuela , Iran or Communist China.

Perhaps they could make us all wear MAGA hats so we could be identified and abused by tolerant progressives.

This idiot needs deported not reported. revoke his citizenship and deport him to Iran or some where he can not return from.!

STALIN HAD THE SAME IDEA WITH HIS SECRET POLICE…NKVD

So did Adolph Hitler with his Gestapo.

This Marxist stuff is getting real old rel quick.

WHAT IS IT WITH NY IT SEEM TO BE SPAWNING MARXISTS LIKE RAIN WATER IS IT BECAUSE DE BLAZIO IS A COMMUNIST AND THEY FEEL SAFE COMING OUT OR IS IT THE NEW CALIFUNNY WHERE RADICALS AND PROGRESSIVES ARE DROWNING THE STATE IN DEBT TO SUPORT THE ILLEGALS AND GIVE THEM ANYTHING AND EVERYTHING FOR THEIR VOTE.

We’ve seen this before. They said it couldn’t happen here.

Hitler said the same thing and he had his brown shirts go out and terrorize like antifa and BLM are doing now
wake up America these anti Americain commies are trying and goin for it to bring down America its time I think for all us Patriots to start puching back and pushing back hard ! we all need to str\art helping Trump as he is the only thing in there way so far and we Americains need to start getting in there way also !!
This is America and not some commie shit hole ! Wake up America itsidiots like this that need to be moved out !
Save America and vote out everysingle one of these Democrat clowns !
Trump 2020

You are spot on!!

Let me be the first to be reported. I wear it like a badge of honor. I will shout it to the mountains and beyond. President Trump is my President and I will be first in line to vote for him again. Trump Matters!

I am with you Bob! I too will wear my Trump support like a badge of honor!!! And I will also vote for him again in November and celebrate his reelection with all of my fellow Trump train riders!!!!

AMEN! Bob. The left knows they have no chance at the polls anymore. So now they have to bank on antifa and blm to interfere with America’s Election System. Obama has already come out and said we Americans do not know what’s in our best interests. And Schitt, Schumer, and Pelosi have proven what they think of our election process by impeaching the President the day after the elections in 2016. We, as a Democracy, cannot allow for voter fraud across the country that is 300% bound to happen.

Right on Bob! The only President Trump loses will be that there will be too many people will be cowards and be silent. We have had too many people for the last 3 years that that have been afraid to speak out and includes the cowards in the Senate and the House.

And this guy speaks of ignorance?

This New York candidate shouldn’t be able to run for dog ketcher, he should be disqualified for insanity and lack of common sense. New York seems to attract people like De Blasio and every nutjob that voted for him.

I am so grateful to our God when I hear statements of the nature that Nate McMurray has exclaimed. God is mercifully placing distance between the righteous and the hypocrites to gives us all a clearer vision of where the radical left stands on the issues that are most important to Judeo-Christian Americans. The fascinating truth about God’s intervention here is that they are blinded to what they are saying and doing. In John 9:39, Jesus said, “For judgment I am come into this world, that they which are blind might see; and that they which see might be made blind.” All Glory to the living God.

NY 27 just rejected this radical socialist. how ever he got a lot of mail in votes. More that went to the polls to vote. I will bet there is a lot of fraud there. The idea that people would vote for this liar POS troubles me. lot of stupid voters out there and the mail in vote must never see the light of day.

In Soviet Union during Stalin’s purges of 1937- 1939 totalitarian rulers encouraged people to spy on each other. Millions of people perished in purges, and many people tried to benefit by turning their neighbors and relatives to evil regime without any cause, either for personal advantage, or just being evil, miserable and hateful. Is this what you want to see in this country?

I am a TRUMP SUPPORTER!
AND I VOTE!

Hay, Nate you can report me, and we would like to deport you to China. You see you are not a True American. We don’t need people like you, So back your bags.

So supporting our President makes a person a traitor? I don’t think so.

The Democrats are traitors.

You can start with me, nate, you I-D-I-O-T. I’d like to report YOU as being a democrat/liberal/socialist/communist/marxist/anti-American P.O.S.! I hope you LOSE big-time!

Nate, Nate, Nate…what’s next? Should Trump supporters be rounded up and sent to “camps?” Sent to the “showers?” Forced to wear gold stars on their clothing? What happened to all of that “'”‘tolerance’”‘” you hypocritical, socialist ideologues bragged about possessing during the Obama years?

You are the traitor, Nate McMurray.

we need to put down these kind of people, they are dangerous and absolutely trying to destroy our country

Since protest are ok the country of Americans need to start marching and protesting on the MSM headquarters, starlight businesses, and get them shutdown. And don’t stop there marching against the liberal left wing governors and mayors.

Likewise I would report all Biden voters as they are not mentally functional and therefore can’t vote.Insane asylum candidates and patients can’t vote

AAN Staff - August 6, 2020 7
Project Veritas' James O'Keefe has never been convicted of a felony. He's never done anything that should impede his right to keep and bear...