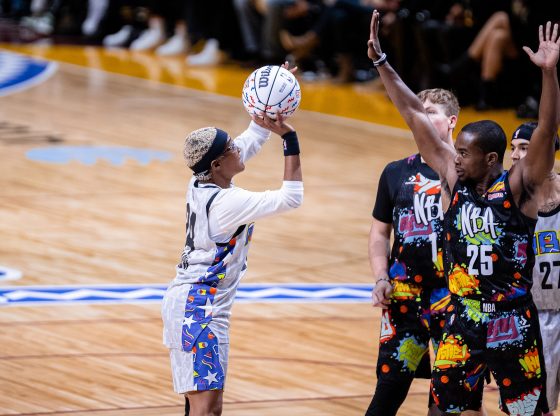 According to the lawsuit, Tiffany Haddish had the kids perform “sexually explicit acts” on objects and had one of the victims make sexual sounds like moaning.


The plaintiffs’ are going by Jane and John Doe to protect their identities. The kids were 14 and 7 when the alleged abuse took place and they are now 22 and 15. According to The Cut, they both suffered psychological and physical distress from the skits.

According to Yahoo Entertainment, the girl who is known by Jane in the report was “coached by Tiffany Haddish on how to perform these explicit acts on food objects.”

John was allegedly recruited by Haddish and Spears to be in a skit that was titled “Through a Pedophile’s Eyes” and the mother of John had been trying to get the footage from Spears and Haddish, and was unsuccessful.

This is an ongoing lawsuit and Haddish has put out on her Instagram on Monday, stating:

“I know people have a bunch of questions. I get it. I’m right there with you. Unfortunately, because there is an ongoing legal case, there’s very little that I can say right now. But, clearly, while the sketch was intended to be comedic, it wasn’t funny at all — and I deeply regret having agreed to act in it. I really look forward to being able to share a lot more about this situation as soon as I can.”

Ok I get it. What Tiffany Haddish did was wrong. It was supposed to be for a “skit.” But I don’t believe she was grooming them. It was a poor choice though. By the way….. these same people accusing her believe, at least some of them, that is okay for children to choose their gender and use the same bathrooms. And even worse, to inject hormones and “mutilate” body parts/genitalia. Which would you say is worse? I’ll wait….. Why don’t we just leave these kids alone and let them enjoy their youth and innocence before they reach puberty?

Hey, Kids! It’s time for some real fun! We are professional show-biz comedians. Let’s play “Priests and Alter Boys.” Be sure your family knows to vote for all Democrats.